Popular OAP, Daddy Freeze reveals that he was the first candidate approached for the false fight orchestrated by Jim Iyke and Uche Maduagwu that went viral. 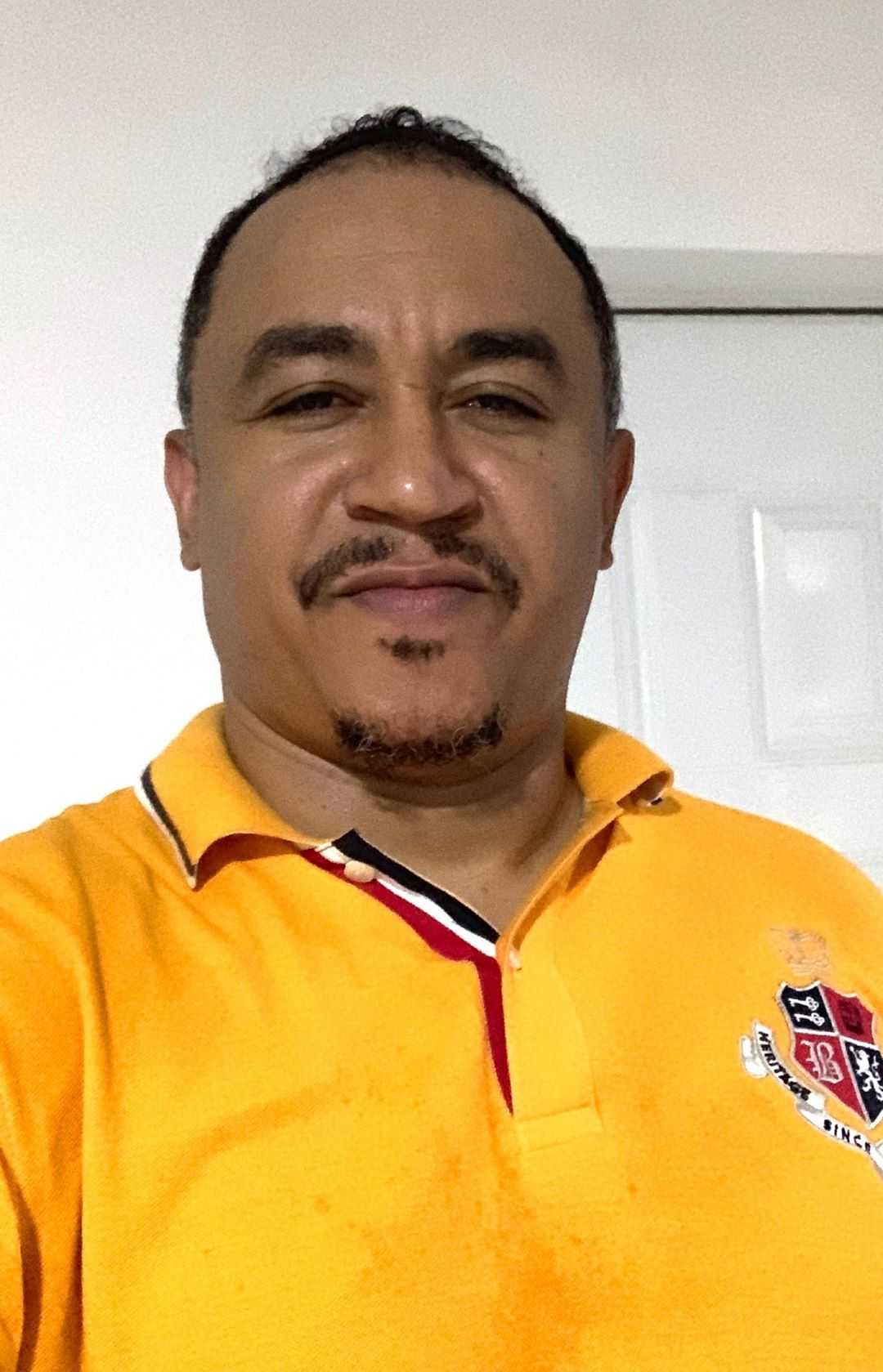 It would be recalled that a fight between Jim and Uche in a viral video captured the attention of the internet for weeks before being debunked as false.

According to Daddy freeze, he was the first candidate for the stunt before Uche Maduagwu got the role. 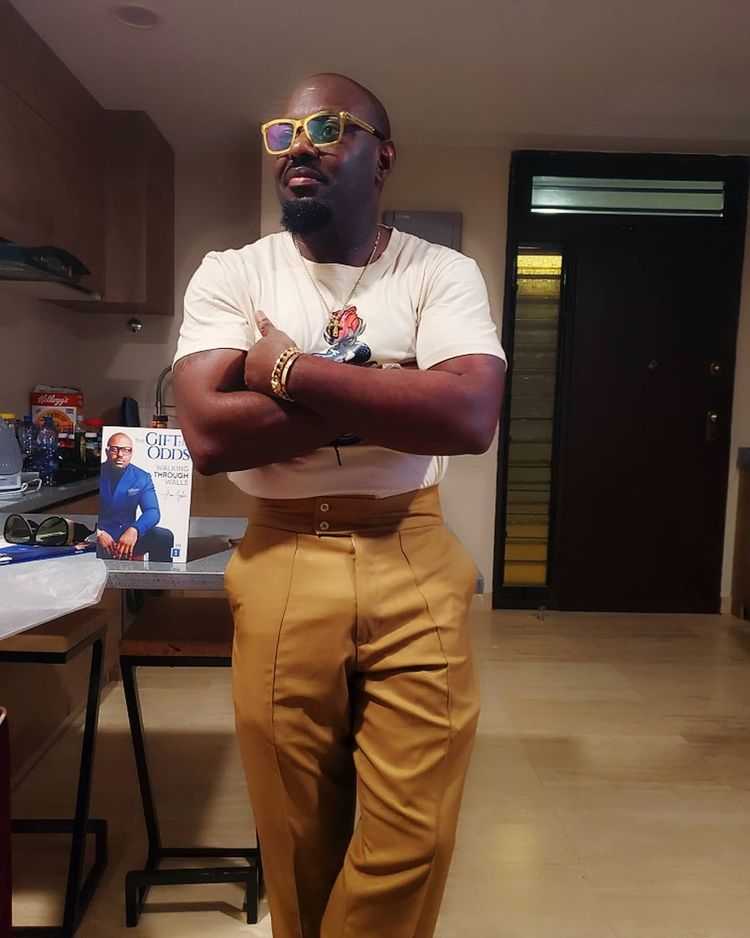 “Do you know that I was the first to be approached by @jim.iyke for the online beef? We had concluded but then I ended up being unavailable.
–
There are many online mysteries…. Much of what you see on social media doesn’t really exist…no dey too gok am o….
????
–
This was a brilliant idea though…??,” he wrote. 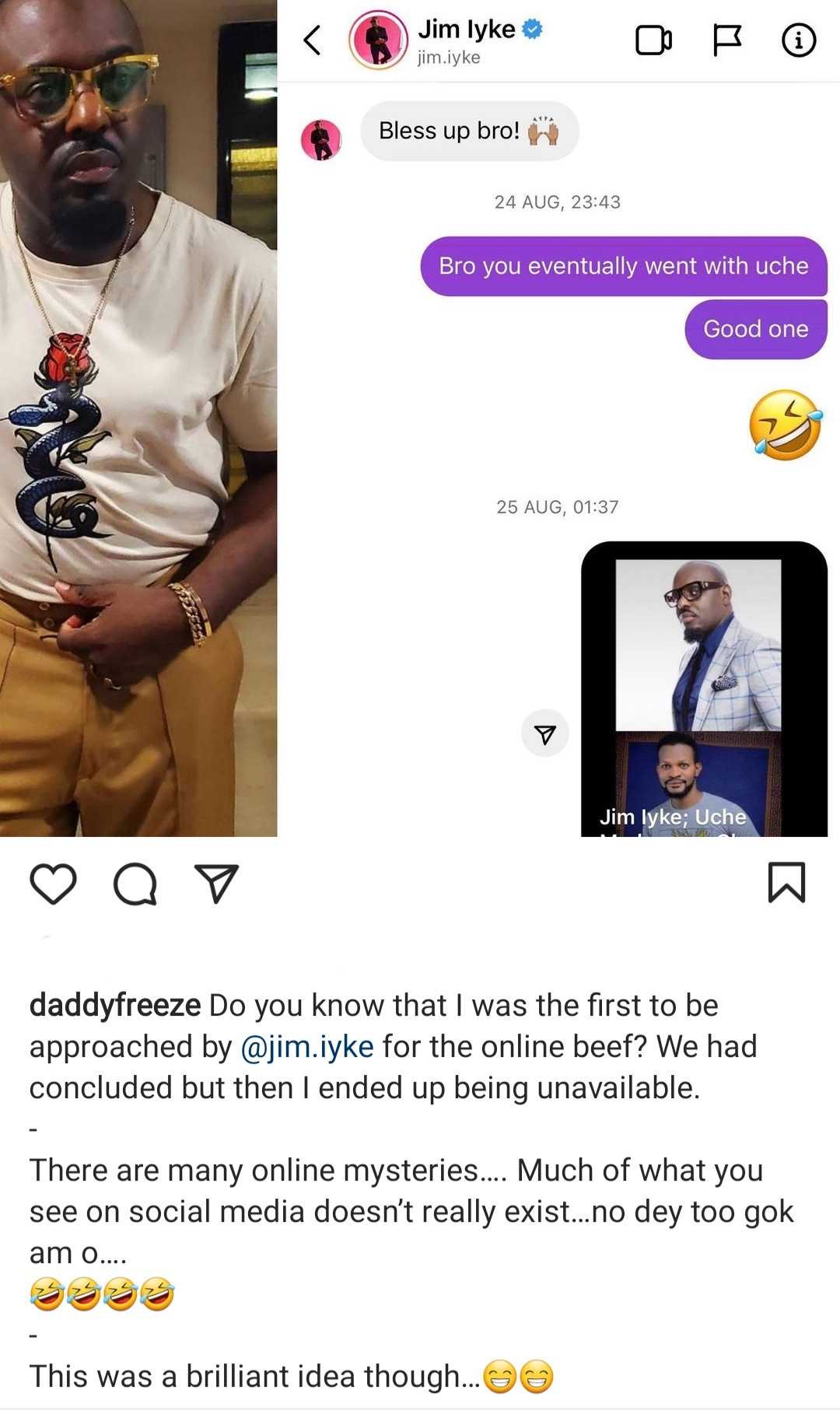