Home Entertainment News I should have found love a long time ago – Anthony Joshua...

Heavyweight world boxing champion, Anthony Oluwafemi Joshua has expressed his regrets at not working on his love life and finding a woman to love when he was younger. 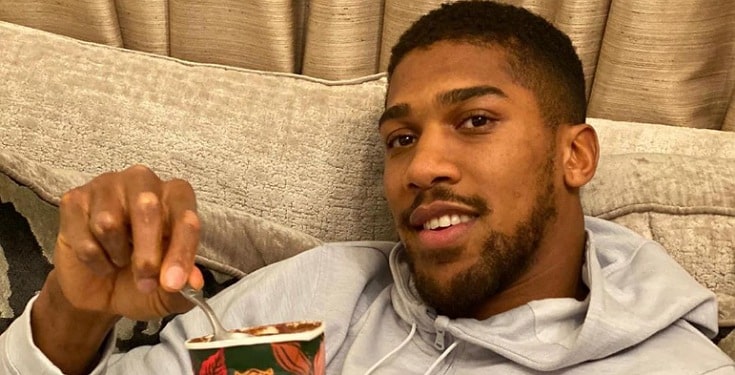 AJ as fondly called already has a son with one of his previous partners but he is not in any romantic relationship and says he finds it very difficult to find love now considering his monumental success in life and sporting career. Anthony Joshua revealed this while doing a remote interview with British Sports Channel, Sky sports.

It was also gathered that Anthony Joshua is a lover of Timaya’s music as he revealed that Timaya’s “I Cant Kill Myself” song is his favourite song at the moment.

watch the complete interview below: