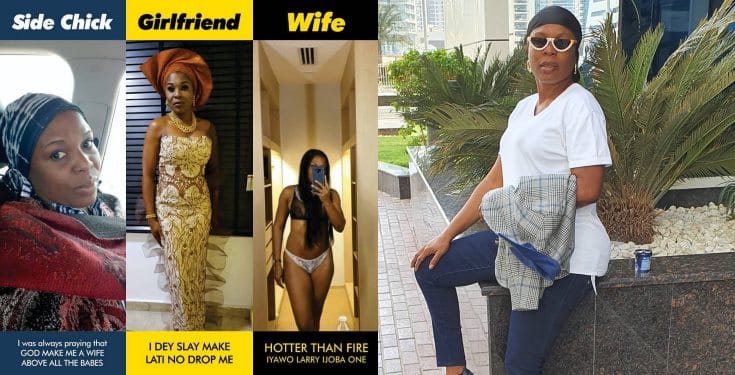 A Nigerian lady with the name Adetoun has revealed how she got her dream husband despite the fact that she was already a single mother of two children.

In an Instagram post, she said that after she lost her first home, everything went bad for her as she felt that the world failed and abandoned her.

She said that she was a single mother with no iota of hope of achieving success in life. In that midst of great challenges, Adetoun said that she decided to give her life another form of hope.

Adeotun added that the man she eventually met was the one for her, even though their path did not cross until much later.

The woman went on to narrate how she remained “steadfast” despite the fact that many ladies wanted him. According to Adetoun, she went straight to touch his heart.

In her final words, she advised singles ladies out there to keep up hope and believe that if she could succeed, they too could. 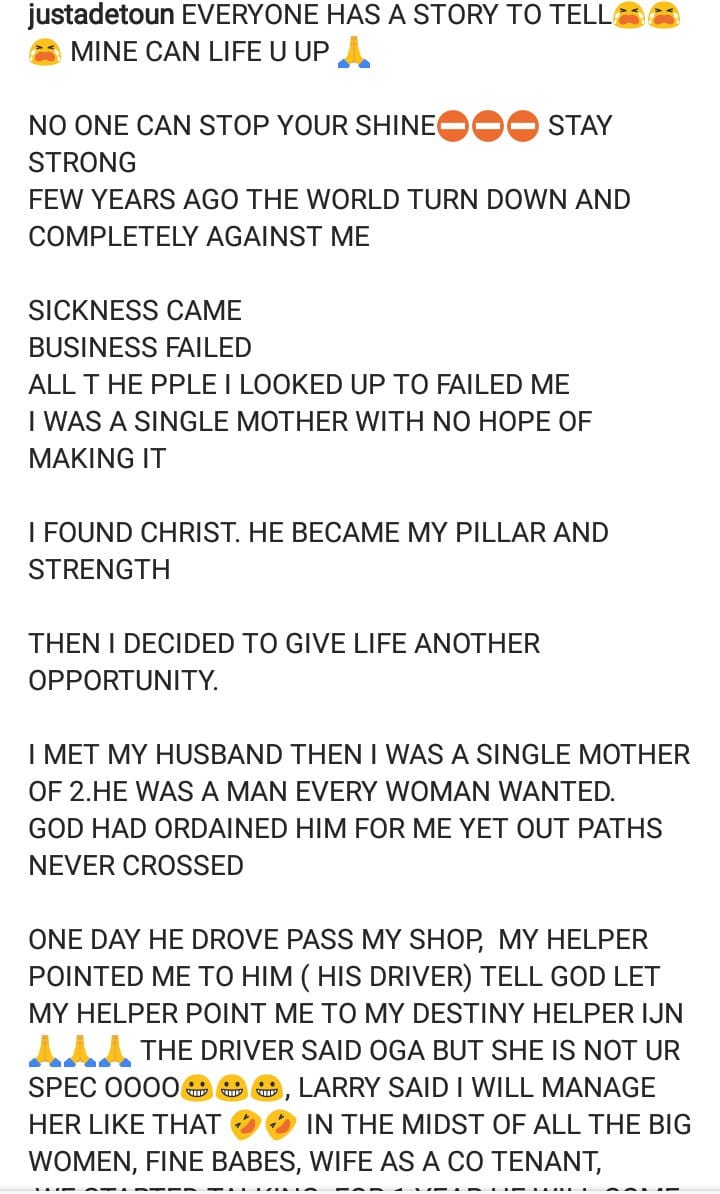 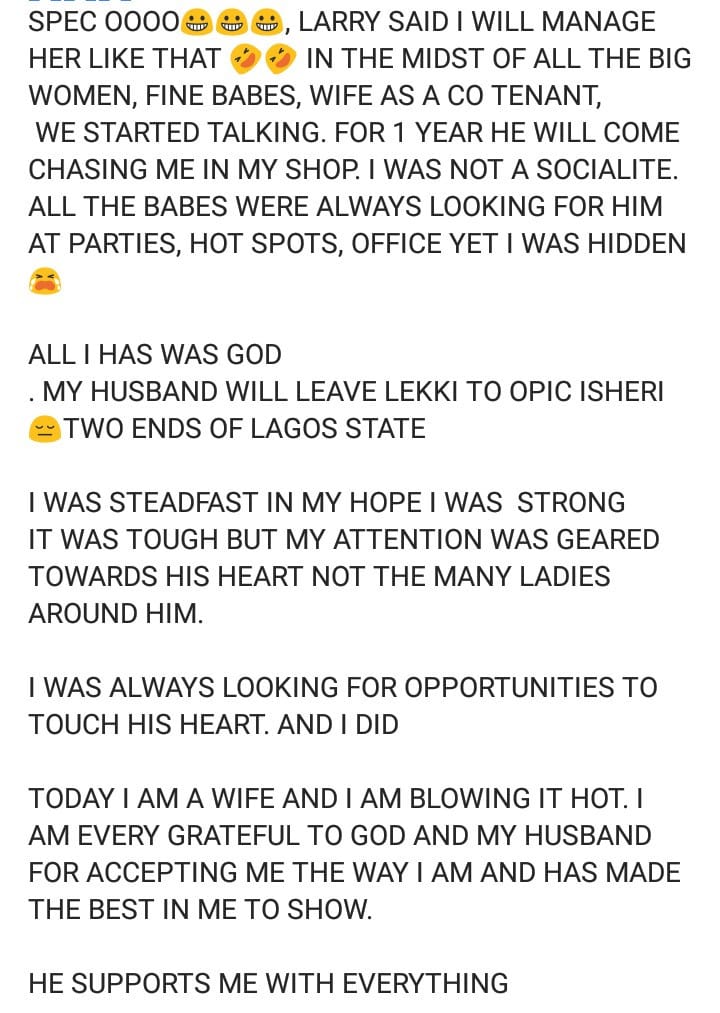 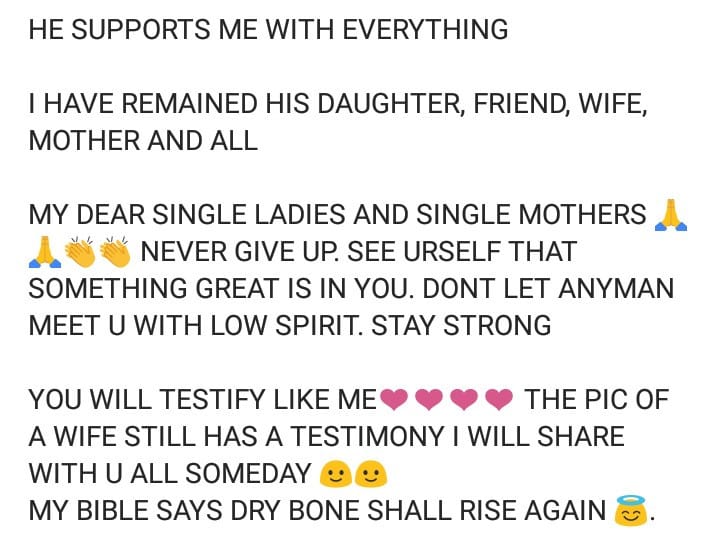