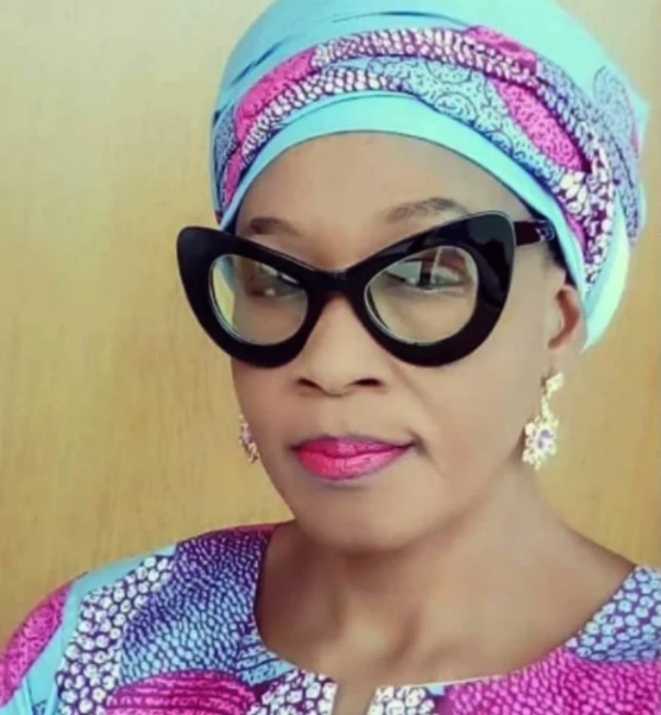 Speaking on the case, Kemi Olunloyo claimed she knows what really happened but she won’t be disclosing her findings.

According to her, Nigerians would say she was paid by the families of the suspects if she reveals her findings to the world. 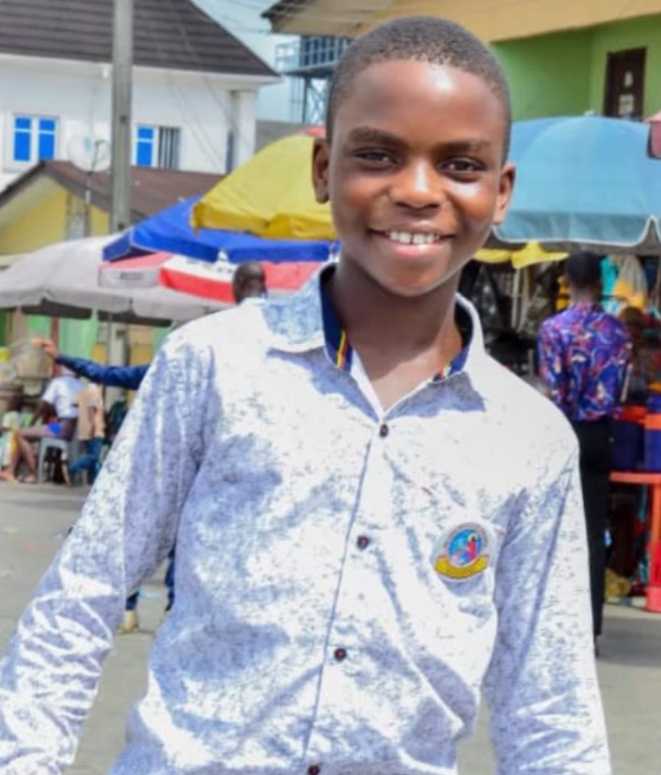 “I know what happened here. The minute I post my findings Nigerians will say the other boys families have paid me. I no longer practise Investigative journalism in Nigeria after December as I announced in July. I have no opinion. May he Rest In Peace. The police will handle it.” 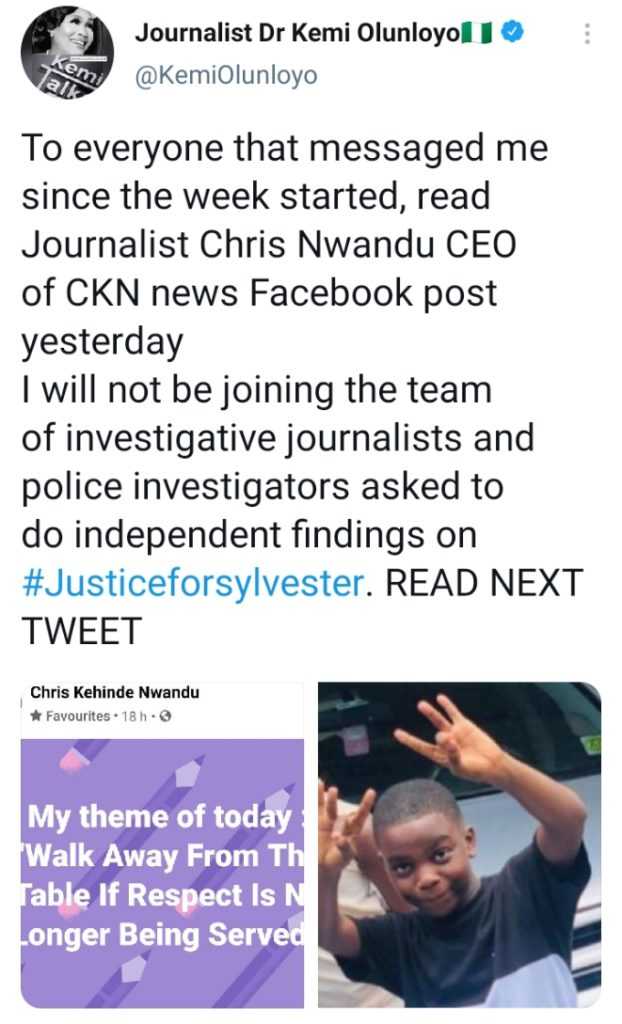 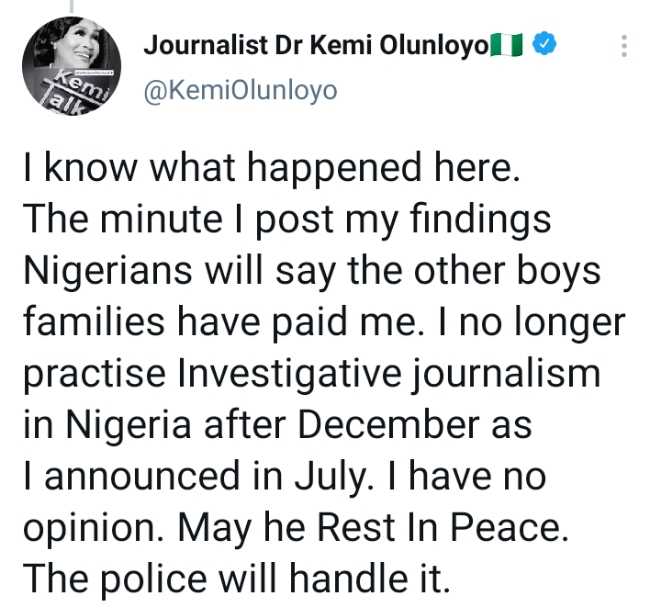