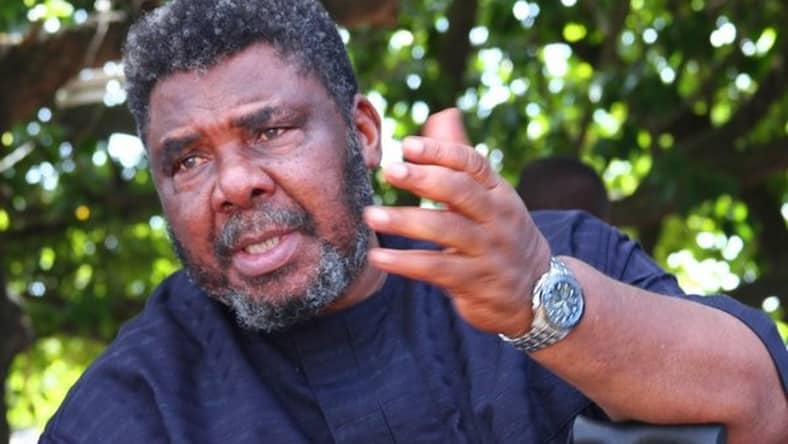 Veteran Nigerian actor, Pete Edochie was a social media topic over the week following a claim by a US-based illustrator, Lotanna Odunze, aka Sugabelly that the 73-year-old man is a bad actor.

While expressing her opinion on Twitter about Edochie, Sugabelly wrote on Twitter, “Pete Edochie is a really bad actor. He’s been playing the same role his entire life.

“Acting isn’t quoting proverbs. But Nigerians live and die by seniority, so the older he gets, the less anybody is able to point this glaring elephant in the room out.”

Reacting to the controversial statement in a chat with Punch, Edochie said he’s indifferent to opinions expressed about him because they don’t make sense to him.

‘I’ll be honest with you: I’m indifference to opinions expressed about me, because they don’t make sense to me. If Pete Edochie is a fantastic actor, thank you very much,” the actor said.

“It doesn’t mean anything to me; it has absolutely nothing to do with me. If you start responding to things that don’t make sense, there is that danger of reducing yourself to the level of that person.

“I’m mentally occupied 24 hours on a daily basis. I trained formally as a broadcaster and by the grace of God, I happen to be an articulate individual. I don’t have to advertise that, every other person knows that.

The actor further said having married for 50 years with 13 grand-children, what matters to him now is living a healthy life.

He said, “I don’t even see most of these things and I don’t give a damn about it and don’t care. You have a right to express any opinion about me but it doesn’t mean anything to me.

“I have 13 grandchildren and I have been successfully married for 50 years. I’m living in my own house and comfortable.

“I don’t have time for all these things. What matters is that Pete Edochie is alive, kicking and enjoying himself.

“On April 7, I’ll be 73. There are few people of my age who are active. If I start responding to individuals, it means that I don’t appreciate God who created me.”

Pete Edochie is a multiple award-wining actor, and he’s considered one of Africa’s most talented actors.

Related Topics:Pete Edochie
Up Next