A man identified as Phidel James has narrated his near-death experience with six gunmen who kidnapped him in Lagos.

Narrating his ordeal, the man disclosed how he was kidnapped and almost killed in the process before he made a bank transfer to the gunmen which led to his release. 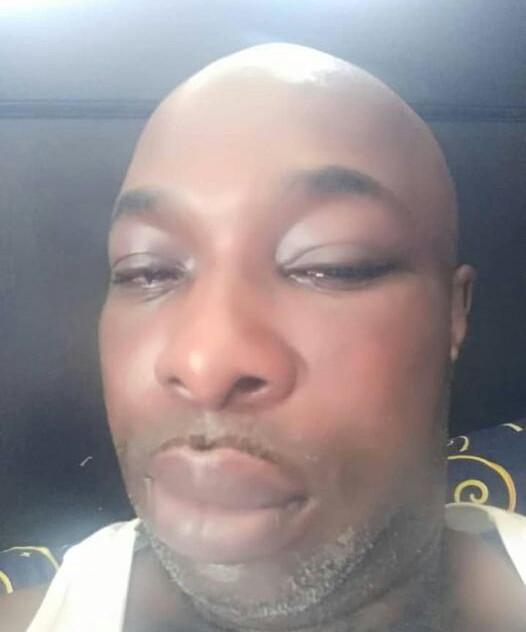 He shared the story on his official Facebook page, he wrote:

“The 14th day of April, 2021 started like every normal day for me, waking up by 4:30 am and leaving to work by 5:15 in other to beat the ever present Lekki traffic. My car was faulty and so I joined a neighbor to work on this fateful day. Unknown to me, It could easily have been my last day on earth but for Jehovah’s intervention,”

Upon alighting from my friend’s car at Costain part of Lagos, I was abducted and pushed into a waiting by Toyota Sienna bus by men with guns. The battle to see another day had begun for me.

I was severely brutalised and only escaped being killed through divine intervention. Suffice to say that all my phones, tablets wallet were collected and I was forced me to compromised my account details and funds were transferred just to buy back my life. Family and friends, my life today is a living testimony of Jehovah’s underserved kindness to mankind. I was dumped to die but Jehovah saved me.

My appreciation to the doctors at the emergency department of Luth who did their best to stabilised me before I was moved to the Guinness Eye Centre for further treatment.

Special thanks to Dr Ayo, Dr Borisade & the senior consultant Dr ILo who all battle to ensure that I regained my sight. Mrs Imoukhuede deserves a special thanks – you are phenomenal and have a golden heart. May God bless and reward you abundantly.

My near death experience in the hands of the 6 men who abducted me in a cosmopolitan city like Lagos has clearly shown that human life has become very cheap in this country.

May Jehovah’s name continue to be praised.” 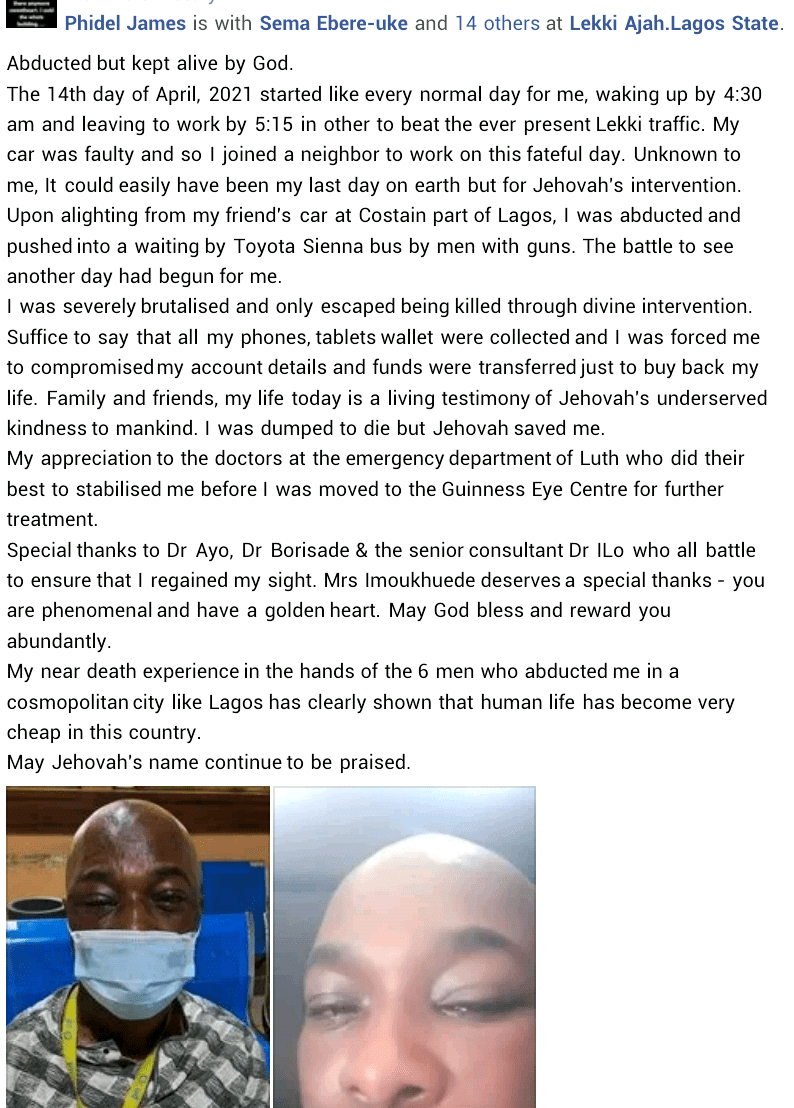