Waves of related stories have emerged on account of a Nigerian doctor’s revelation about how some Nigerian hospitals inject women with pregnancy hormones, and lie to them that they are pregnant just to sell them babies. 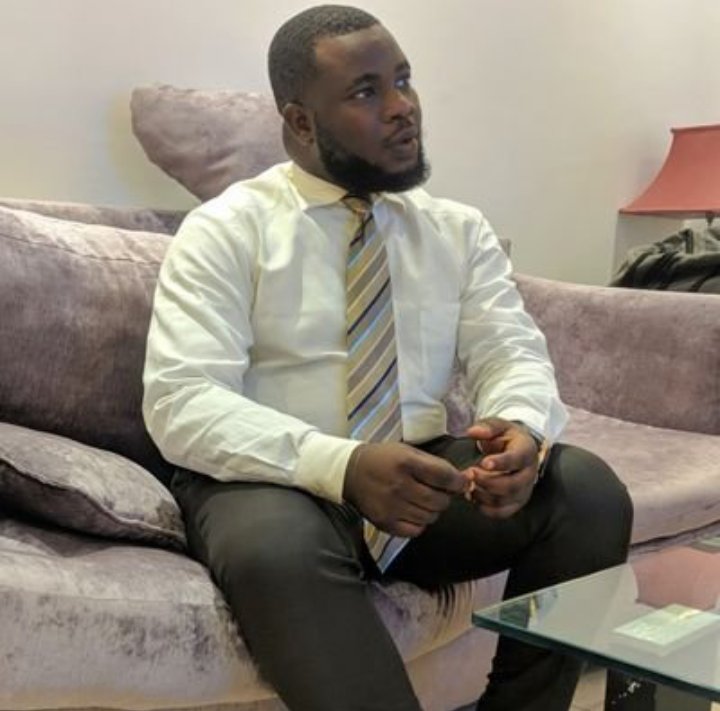 The doctor, identifed with the Twitter handle @the_beardedsina further revealed that these women are told that they have cryptic pregnancy.

Threatening to expose one of the hospitals, the doctor wrote: “One day we will talk about how some hospitals deceive & lie to women that they are pregnant and say CRYPTIC PREGNACY

“And later keep injecting the women with hormones so they feel they are pregnant and on the D day give the woman arranged baby. I’d expose a hospital. stay tuned.

“The woman will do scan even after first trimester, there won’t be baby in her womb & they will keep telling her she is pregnant and the woman will keep believing because she has pregnancy symptoms, not knowing she is being pumped with pregnancy hormone injections. Dropping soon

“And they collect a lot of money from these women, they pay heavily for these so called Cryptic pregnancies. They even give drugs for the woman to vomit so she feels yes she is pregnant.

“Word has it that some of them even work hand in hand in with baby factories and stolen babies.” 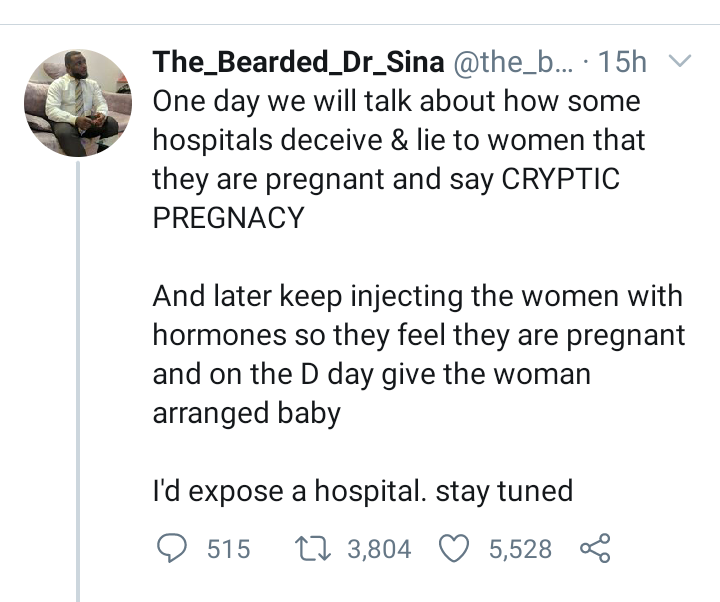 Meanwhile, myriad of similar stories were spawned by the doctor’s revelation.

@ngei_tampio wrote: “An inlaw almost died after they pumped her with hormonal injections. Her stomach was swollen and they warned her not to go to another hospital for scan. They are many in this Portharcourt. They caught one baby factory owner in Rumudara last year.” 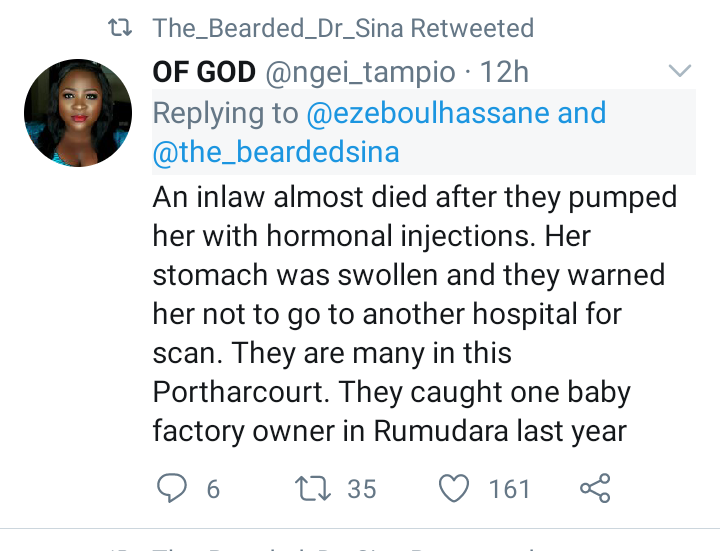 @tellmarh: “I know two women that got their babies through this way shaa. From day one I knew it was a scam but I doubt if they new. One was given twins and these twins didn’t even resemble any of the couple.” 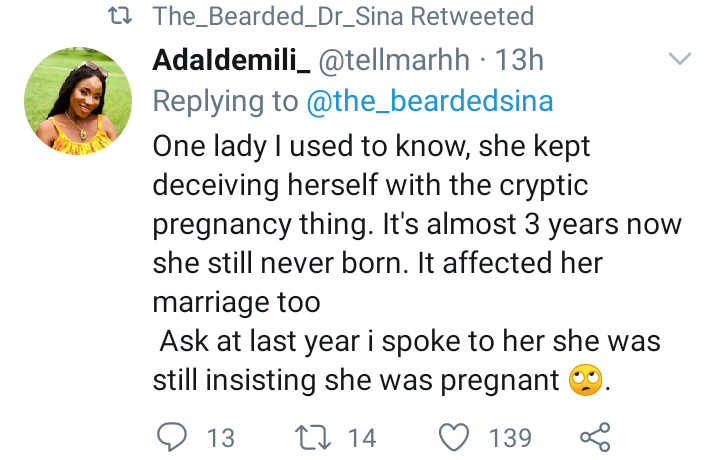