Home Entertainment News How AY refused to allow Olamide perform at his show when he...

Former artiste manager and ex-wife of singer, 9ice, Toni Payne, has revealed how veteran Nigerian comedian, AY refused to allow Olamide perform at his show only to come back to beg for favor after he had started blowing up. 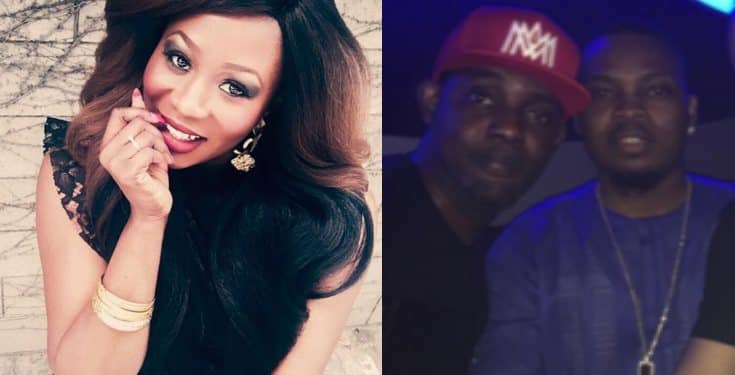 She made this known on her Instagram stories as she went down memory lane when she was managing Olamide.

According to her, she stopped speaking to AY because of the incident.

She recalled how she asked AY to allow Olamide perform for some minutes at his show, but he refused to give him a chance.

Toni said she took her L and lamented for weeks, but fast forward to the next year when Olamide had started doing well, AY conveniently asked her for a favour for Olamide to perform. 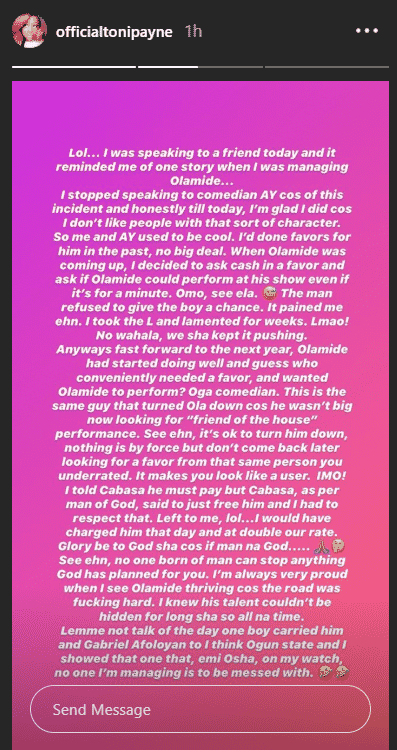 Toni Payne was married to 9ice and they have a son together.

“It’s been going on since last year, I’m left with no choice than to...