Home Entertainment News How an organization used D’banj to scam me of $100k – Tayo...

Ex-housemate of the Big Brother Africa show, Tayo Faniran has recounted how a certain organization used singer, D’banj to scam him of a $100k deal. 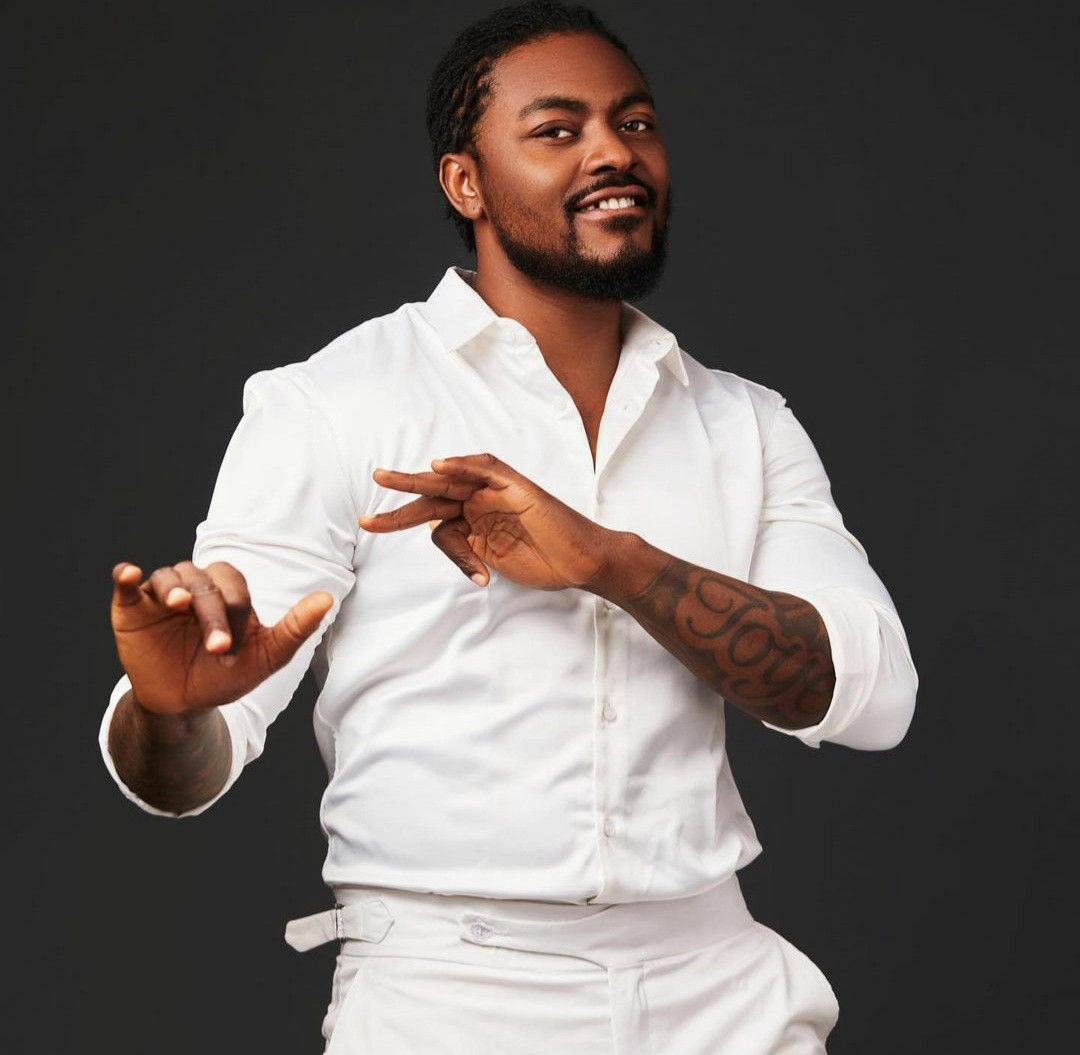 Illuminating the various hurdles of life he has faced, the reality star opened up on how he was declared winner of an ambassadorial deal with One Campaign; a deal that would have earned him $100,000, but the organization never fulfilled their promise. 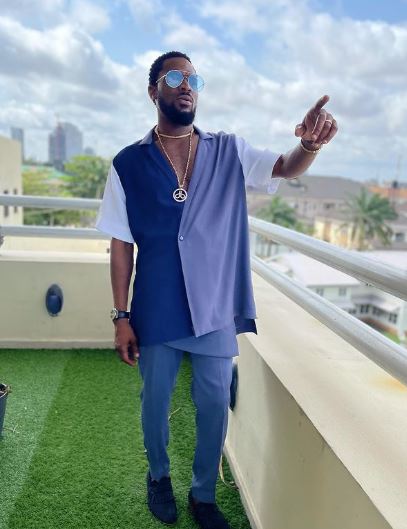 According to him, they used his favourite artiste, D’banj to play him as the deal never saw the light of the day.

“It’s seven years today and this is my healing process,I entered BBA as a vibrant young man,did my best then to represent my country well and entertain Africa,but Yorubas say when a big problem knocks you down ,smaller ones will start jumping on you,and you keep wondering what happened to me,for years after the show I didn’t know what I was doing because all these things disorganised me,for me to be the man I want to be today,I must first deal with what broke the boy that I was,it’s such a shame for “ONE campaign “ an organisation that’s meant to fight for and help people,but you guys were heartless to the 28 year old Tayo Faniran,if you guys gave me what you promised me then,there was a possibility of me getting a bit of relief from what happened to me on that stage, to everyone who had a hand in my pains ,gbogbo yin laki o,your own pains shall be everlasting except you right the wrongs done to me 🤞🏿” 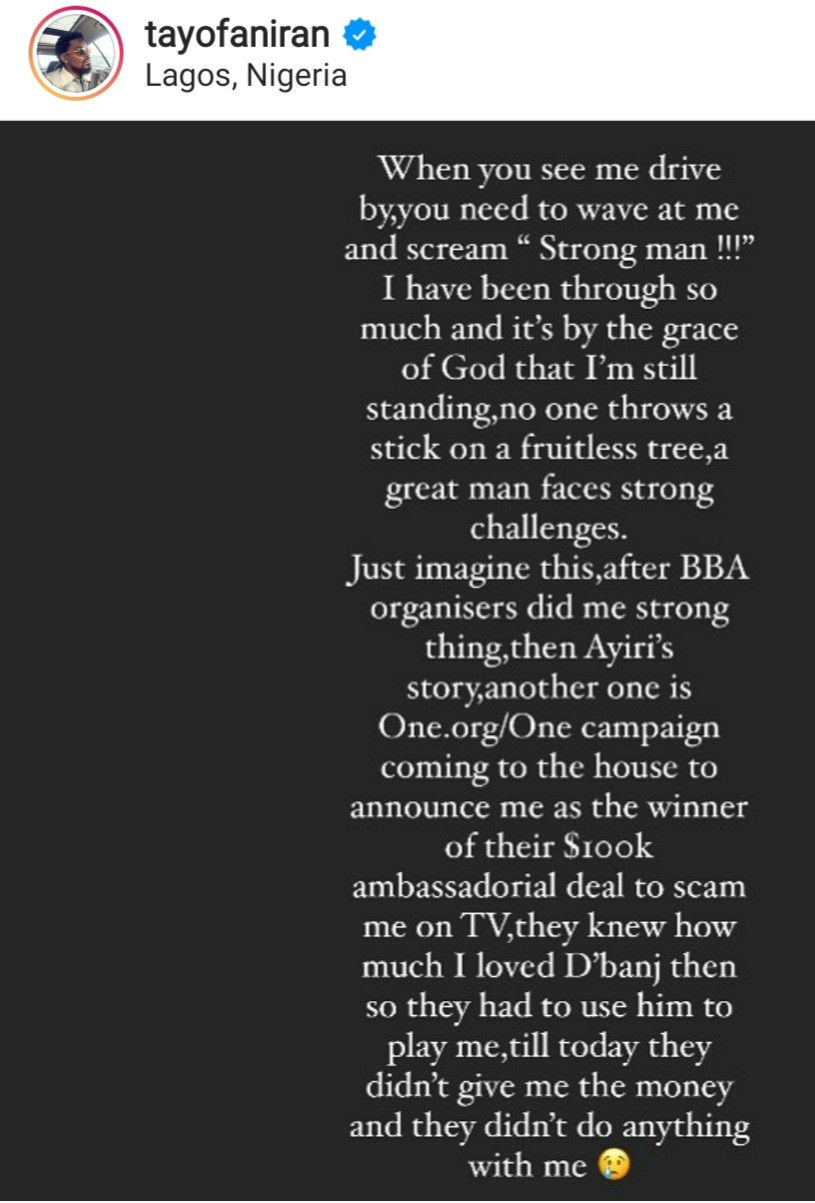 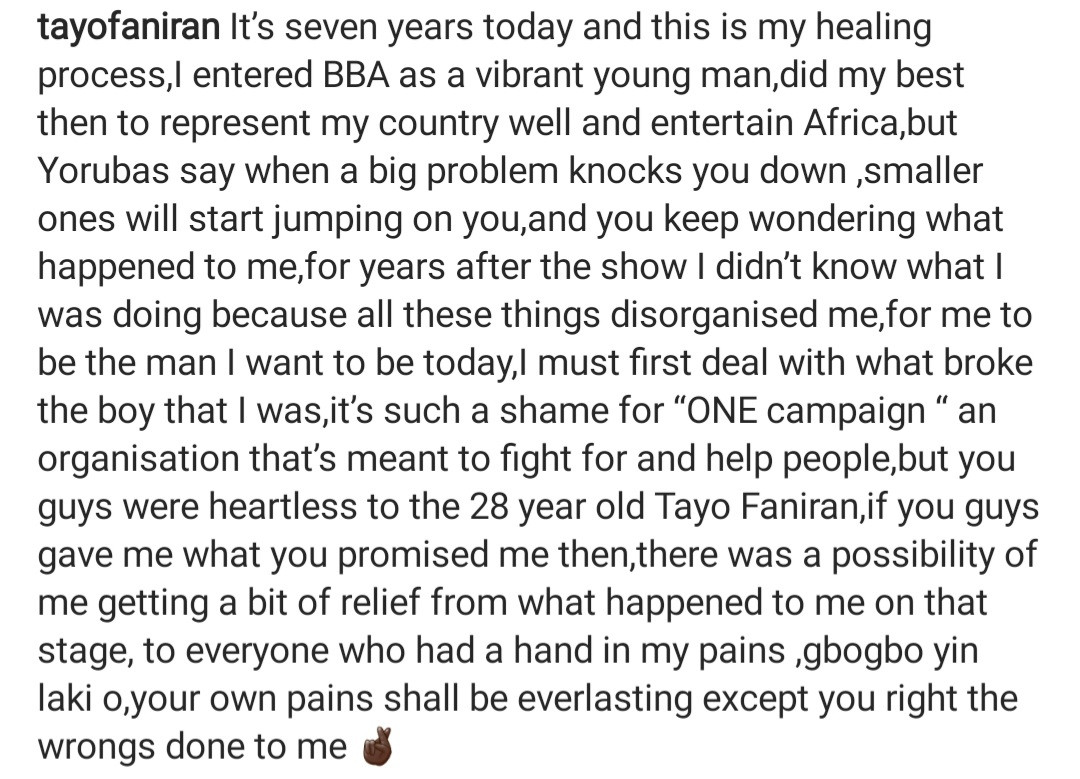