Home News History made as largest container vessel to ever call at any Nigerian...

The Nigerian Ports Authority (NPA) has announced successful berthing of the biggest container vessel to ever call at any Nigerian port. 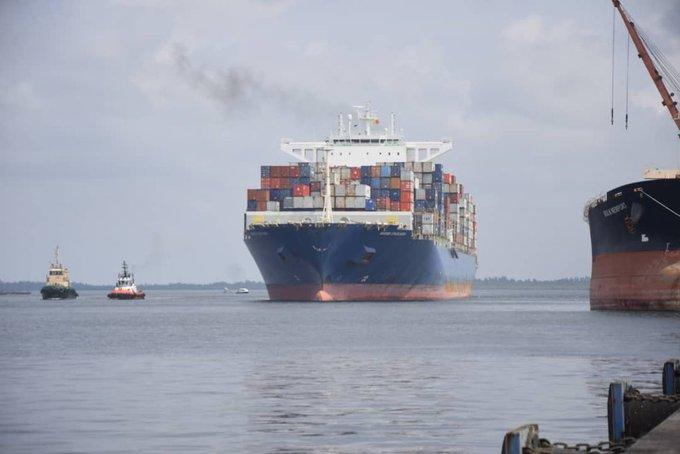 The Maerskline Stardelhorn vessel with Length overall of 300 metres, width of 48 metres was received at the Federal Ocean Terminal (FOT), Onne in Rivers State at 4:20 p.m. on Saturday.

A statement signed by NPA’s spokesperson, Jatto Adams, said the vessel, which has a capacity of 9,971(TEUs), is a flagship from Singapore. 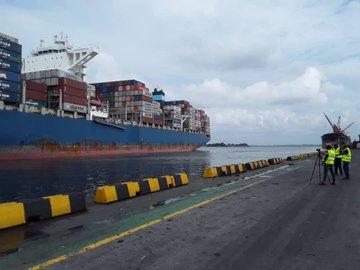 The vessel, which was brought in from Fairway Bouy Bonny with the aid of three Tugboats operated by three of the agency’s captains, was received by the Ports Manager of the Onne Ports, Alhassan Abubakar.

“The Authority is delighted to state that the landmark arrival of the biggest gearless Maerskline vessel at the Onne Ports is a result of management’s determination to improve the patronage of the Eastern Ports.“It is an indication of the fact that the Eastern Ports are equipped to receive all manner of vessels and an expansion of the options of consignees in the Eastern and northern parts of the country.”