What seemed to be a good day for a man who just tied the knot with his wife turned out to be the worst day of his life after he lost his parents, siblings, uncle and other relatives in a fatal accident. 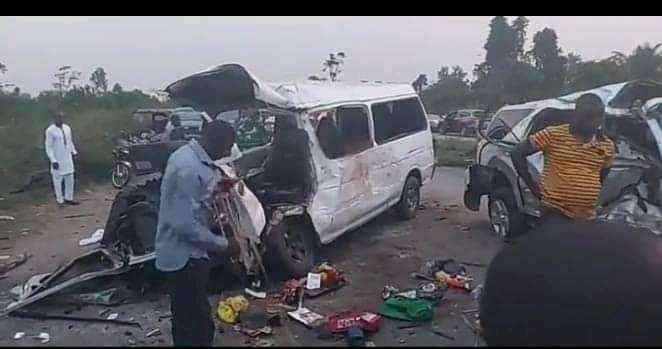 The car accident occurred at the tollgate along Glory Land drive in Igbogene axis of Yenagoa, the capital city of Bayelsa on December 4.

According to eyewitnesses, the deceased persons were returning to their home in Ebedebiri in Sagbama Local Government Area of the state after the wedding ceremony of Keme Kelvin and Florence when the ugly incident occurred and claimed numerous lives. 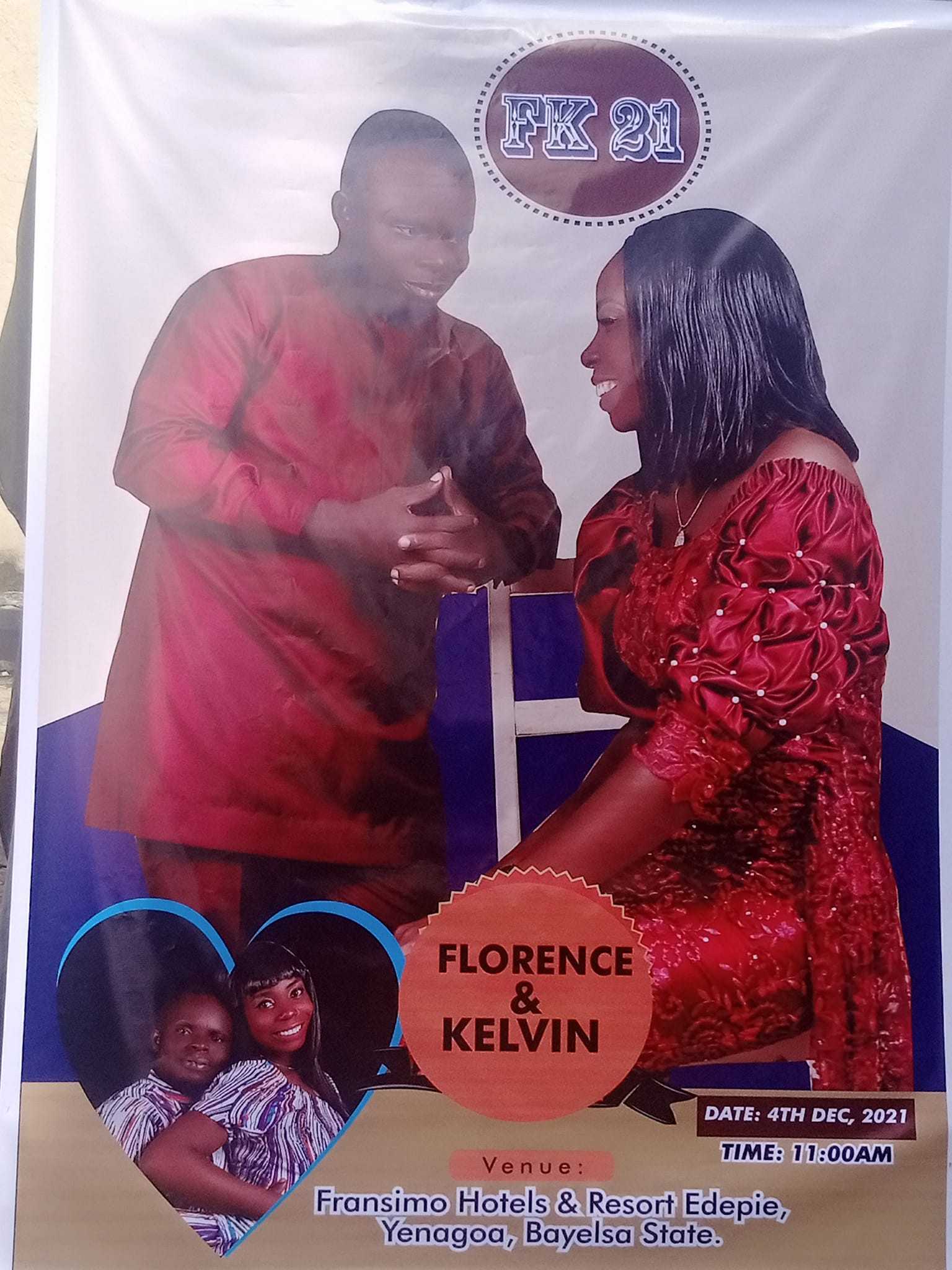 It is said that the bus that conveyed the deceased individuals collided with another vehicle coming from Warri.

The vehicles were reportedly trying to divert to the East-West road when the unfortunate incident happened. 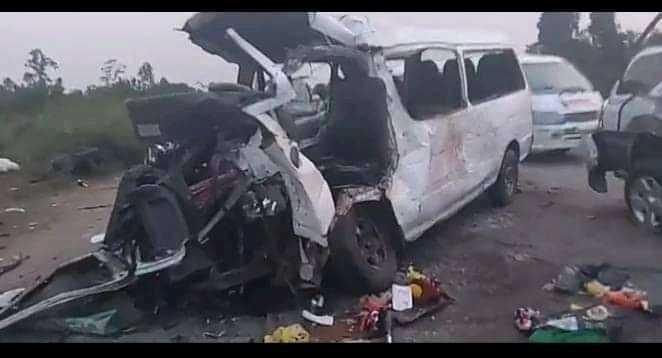 Confirming the incident, the spokesperson of the police in the state, SP Asinim Butswat, said the Command has commenced investigation into the incident. 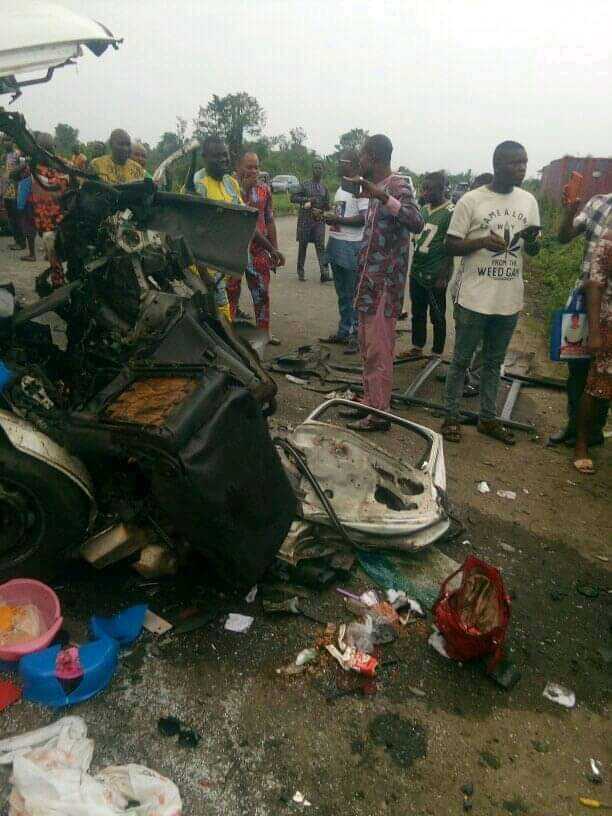 “The unfortunate accident occurred on Saturday 4th December, 2021 at about 1700hours, along the Glory Land drive, Igbogene, involving a Toyota Hiace Bus with Reg No. AKL 652 YP and a Toyota Forerunner SUV with Reg No. KMK 923 AA,”

“Sketch marks of the scene were taken, the accidented cars were also evacuated to the Igbogene Division for further inspection

“The corpses of the victims were deposited at the Niger Delta University Teaching Hospital, Okolobiri while the injured passengers are responding to treatment at the same hospital.”

A friend of the groom’s brother, Comr Yenagoa Samson Pereakpo also made a post on Facebook in this regard:

My thoughts and Prayers are with Comr Yenagoa Samson Pereakpo and Pharm Kelvin Keme Yenagoa who lost their parents and other family members in a painful auto crash along the Glory Land Drive, after just attending the wedding ceremony of the latter.
I equally sympathize with the family of the two brothers, as well as other families whose family members were involved in the irksome accident, which so far has claimed 9 lives.
While I pray for the departed souls to rest in peace, I also pray for quick recovery to those with various degrees of injury who are receiving treatments in various healthcare facilities.
May the almighty God strengthen all the bereaved families, and grant them the fortitude to bear this loss. 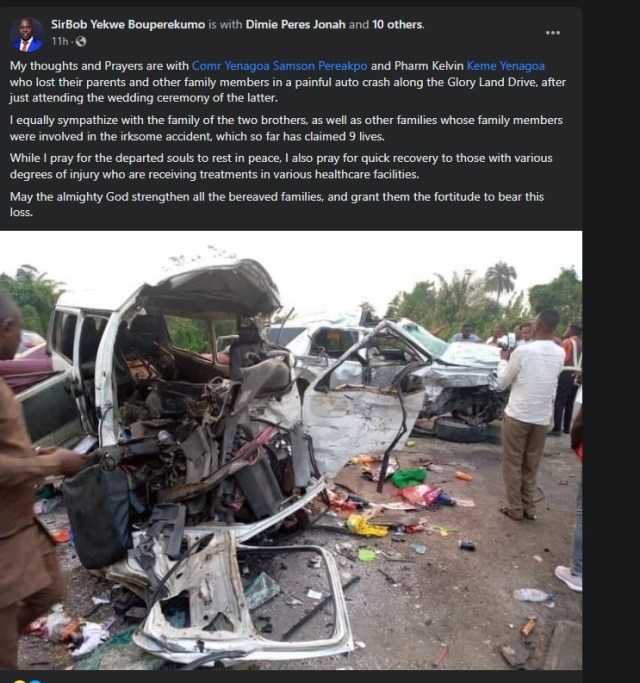 Below are some Facebook posts from the groom’s brother: 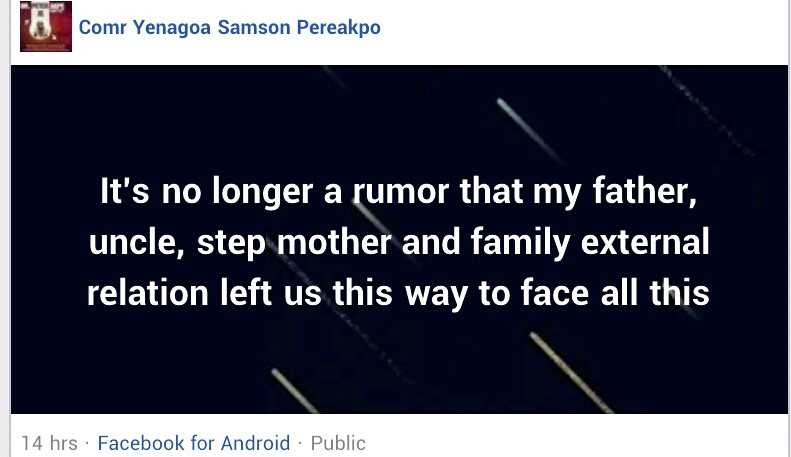 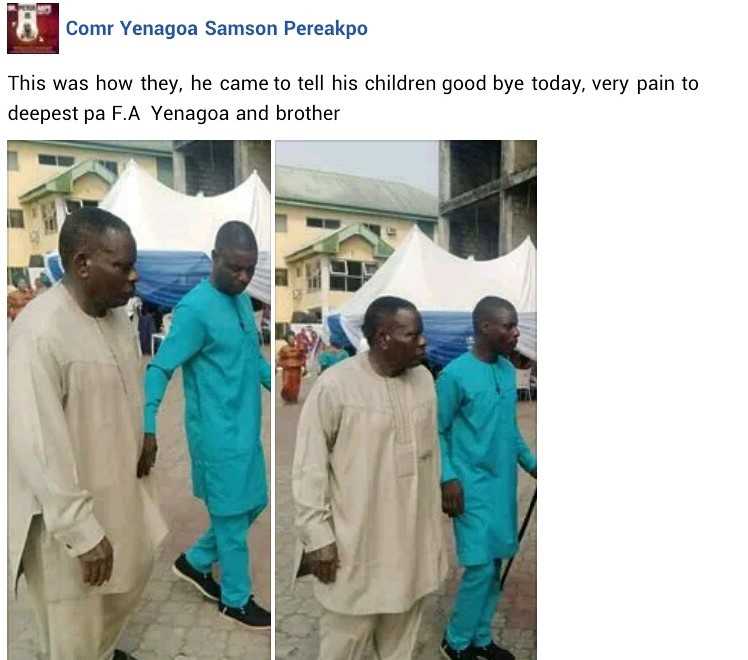