Nigerian legendary singer, 2face Idibia has tackled politicians in Nigeria as he opines that they are not beneficial to Nigeria as a state. 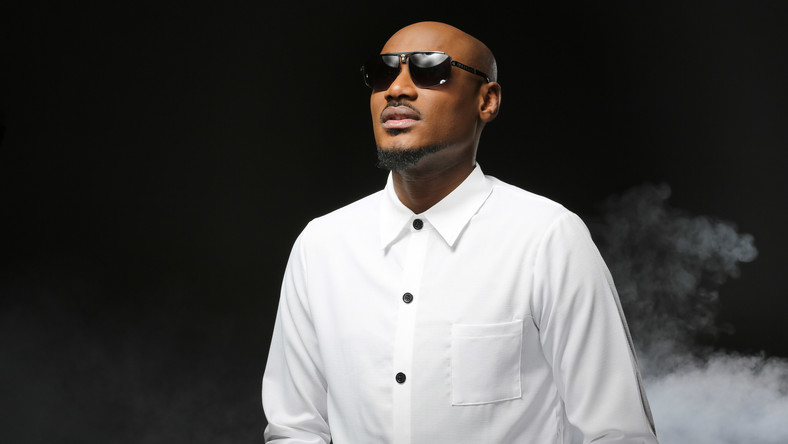 The singer took to his official Twitter page to throw jabs at the government as he claims that they are CEOs in other foreign companies.

He made this tweet in popular Nigerian pidgin English.

“It’s safe to say that our whole government na expatriate government. Dem no dey work for Nigeria and nigerians one bit. Dem just be ceos for foreign companies. #2babathoughts” 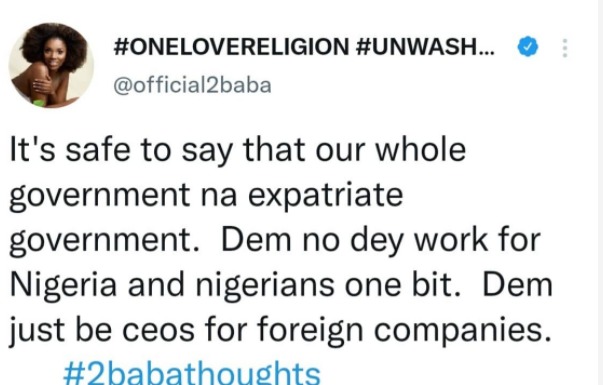 In related news, Pero Saiyemi, baby mama to popular singer, Tuface Idibia has slammed those trolling her after 2face Idibia reconciled with his wife.

Recently, legendary singer 2baba celebrated his birthday and shared a beautiful photo of himself and his wife, Annie.

Sharing the photo, he disclosed that family is everything and fans rejoiced with the singer for making up with his wife