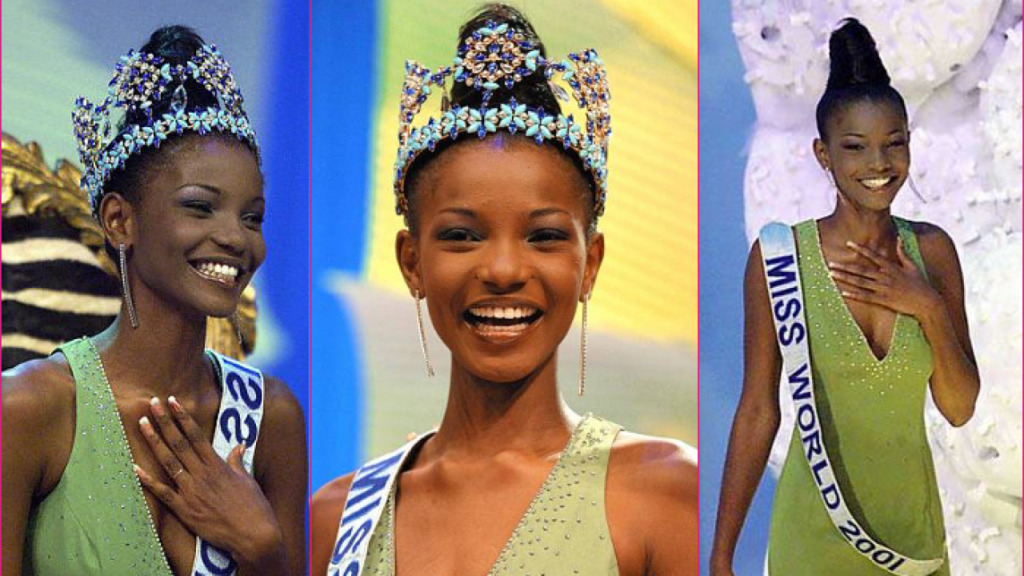 A Google search through the internet brings up Agbani Darego as the ugliest miss world. See below… 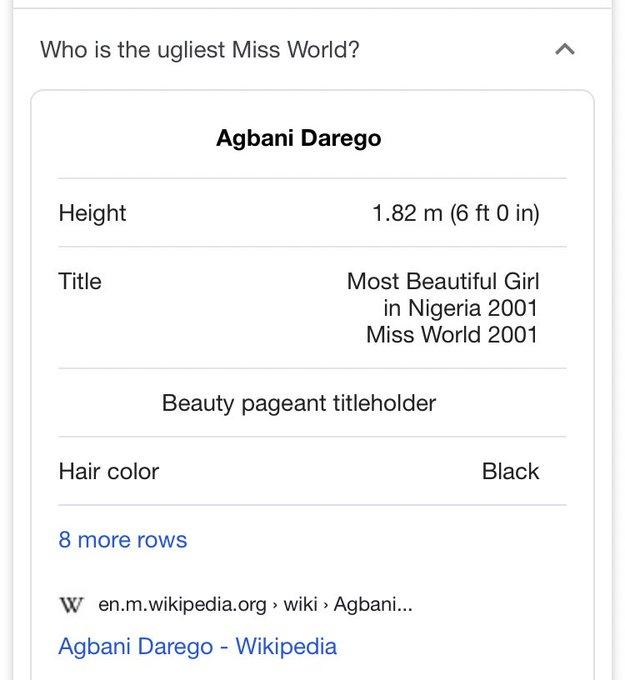 Agbani Darego is a Nigerian model and beauty queen who was crowned Miss World in 2001. She was the first indigenous African to win Miss World.

In 2001, Darego was crowned Most Beautiful Girl in Nigeria.

A few months later she was a contestant at Miss Universe, and became the first Nigerian to place among the top 10 semi-finalists, finishing seventh overall. She was the only contestant to wear a modest maillot as opposed to a revealing bikini during the swimsuit competition. 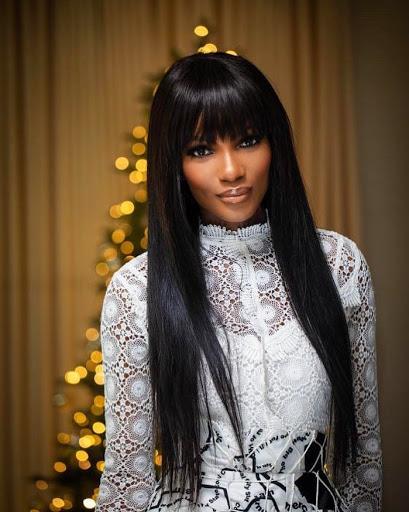 In November that year, she became the first indigenous African to claim the Miss World title (past African winners such as Penelope Coelen and Anneline Kriel from South Africa, are of European descent, and Antigone Costanda, who represented Egypt in 1954 is of Greek heritage).

Darego’s victory was widely welcomed in her home country, and her one-year tenure included goodwill trips and scheduled appearances on behalf of the pageant, and a national honour of MFR.