Ugandan comedian, Godfrey Baguma aka Ssebabi who has been dubbed as the world’s ugliest man, recently got married to his third wife in a grand style. 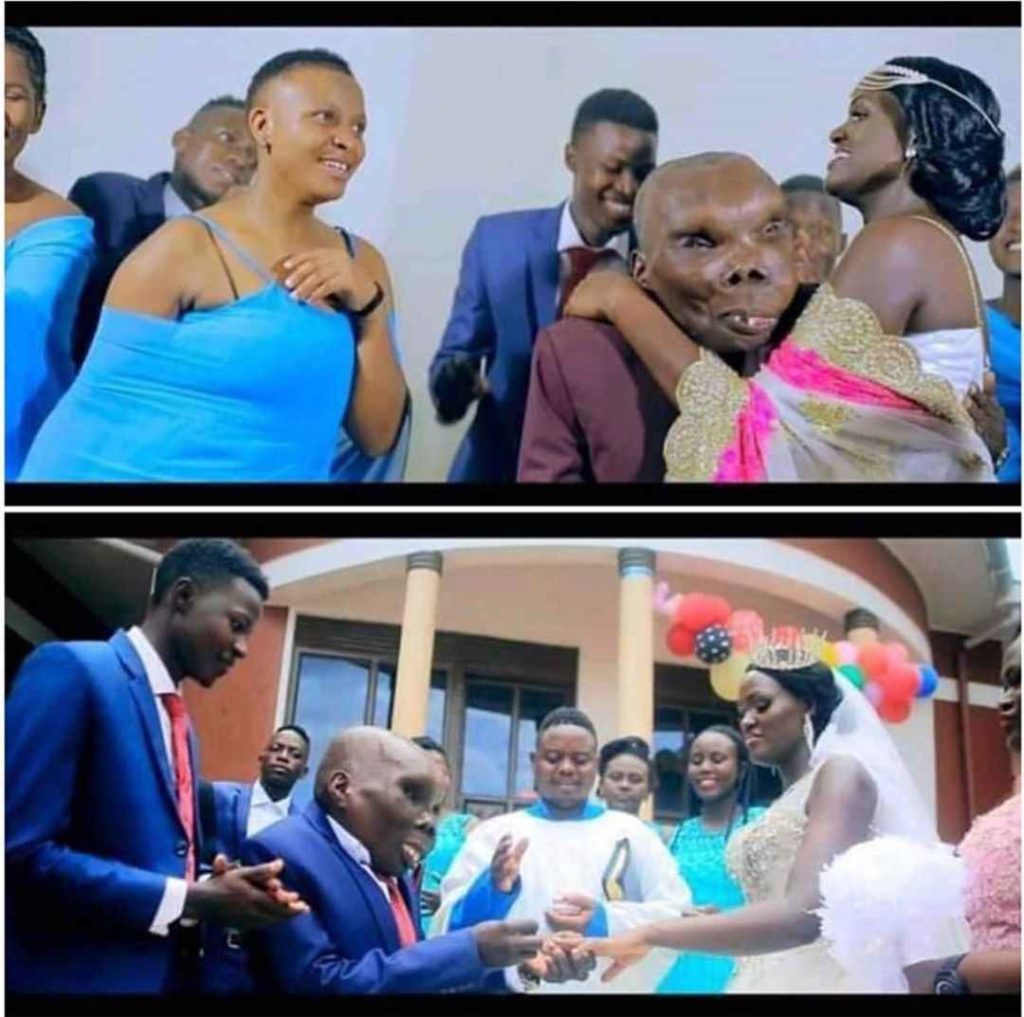 The bride and groom were joined in holy matrimony and they look so happy in the pictures going viral on social media.

Godfrey Baguma, 47, who is believed to suffer from a rare, unknown medical condition, and his second wife Kate Namanda, 30, welcomed a baby girl some years ago. 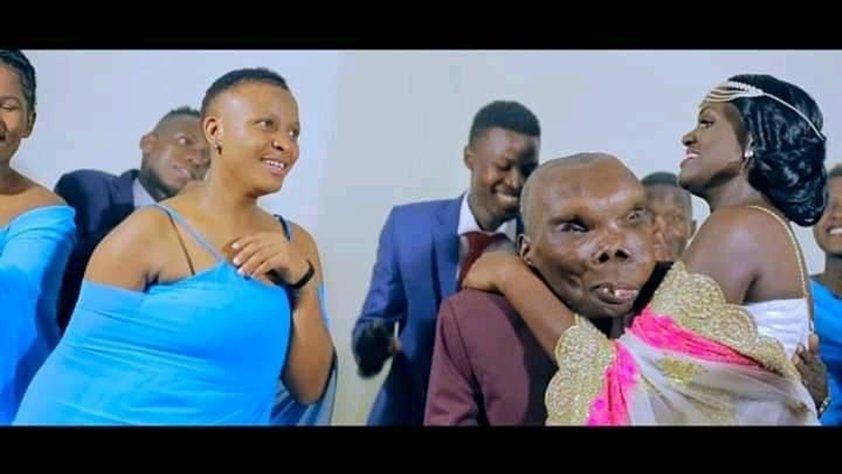 Baguma won the less-than-favourable title in 2002, after he entered the competition to make money for family.

Before his marriage to Kate, Godfrey had two children with his first wife, but their marriage came to an end when he caught her cheating. 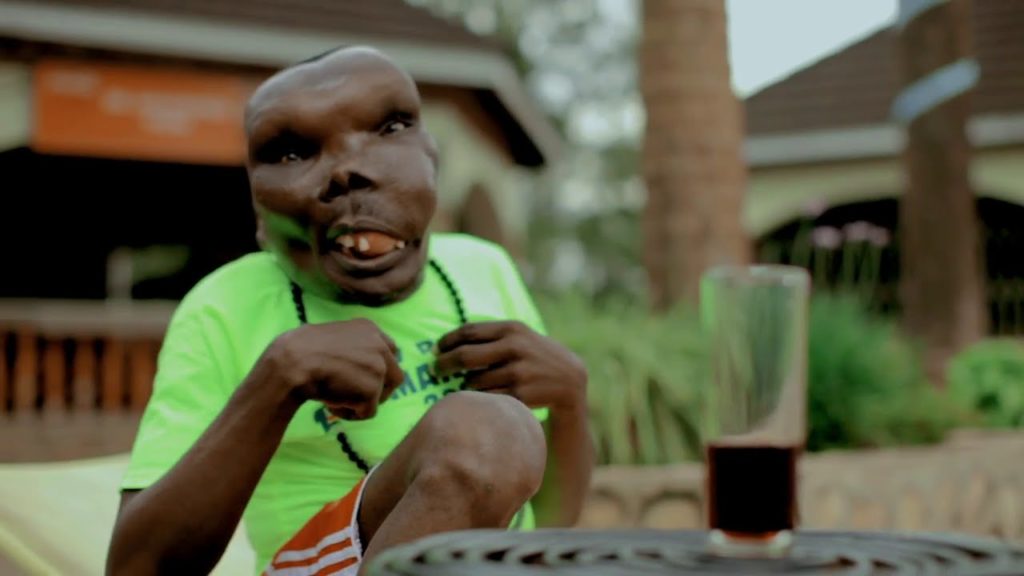 Ssebabi’, is a father of seven. He earned his nick name ‘Ssebabi’ after winning in the ugliest man contest. He lives in Kyazanga, Lwengo district, and is married to Kate Namande, 28, with whom he has five children and newly married to his third wife.