Popular singer and songwriter, Tobechukwu Victor Okoh, better known as Peruzzi has vehemently kicked against a wish from a fan that he gets married this year (2021). 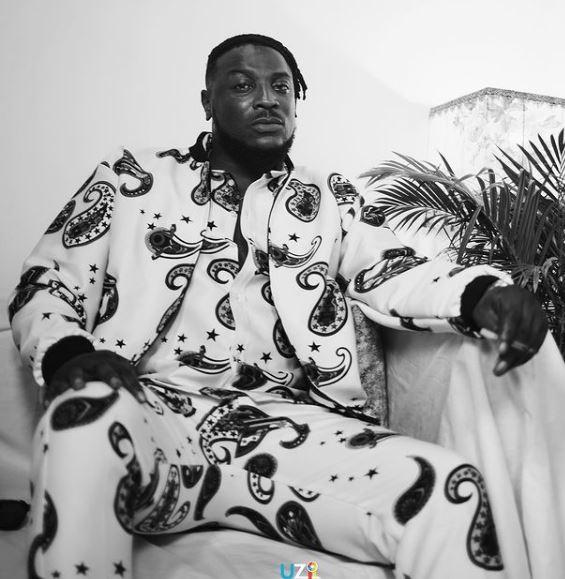 It all began when a fan who thought he was doing the artiste good by drawing his attention to the possibility of getting married this year, got a blatant NO as an answer. The fan asserted that he hopes Peruzzi ties the knot this year.

Contrary to what the fan had in mind, Peruzzi gave him a blunt response as he denounced any plans for marriage this year. 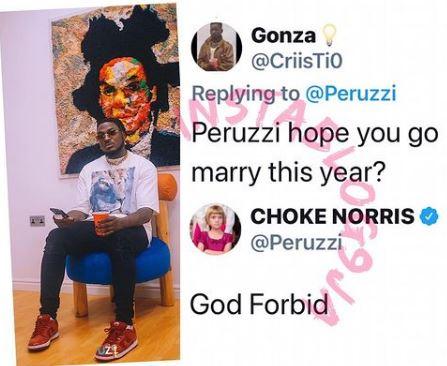 In an earlier report, Veteran actor, RMD has celebrated his birthday today with cute photos.