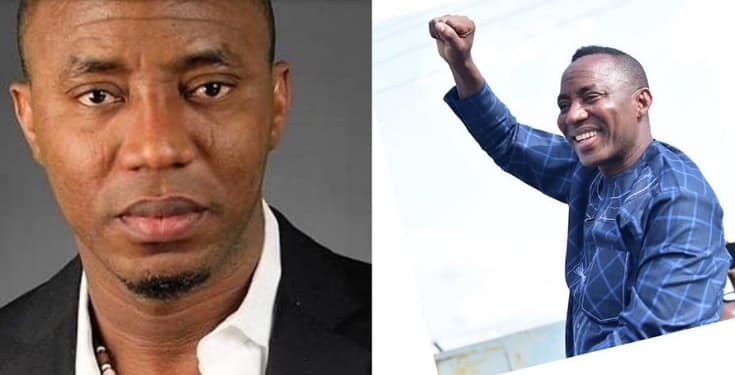 Pro democracy activist and founder of Sahara Reporters, Omoyele Sowore has been released on bail.

He was released moments after Justice Taiwo of the Federal High Court in Abuja asked the Department Of State Services (DSS) to release him on bail terms.

The activist was charged by the DSS for treasonable felony, cyber stalking president Buhari and other offences.

He was arraigned in court today, and granted bail after the judge listened to the argument of Sowore‘s lawyer, Femi Felana (SAN), and the prosecuting counsel.

However, as part of the bail conditions, Sowore has been mandated by the judge to drop his passport with the court within the next 48 hours.