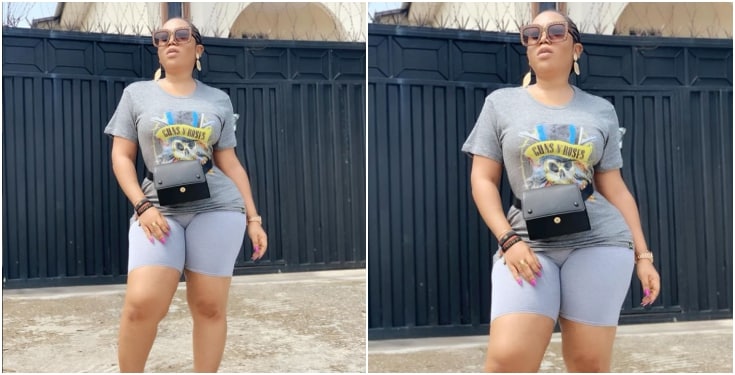 Unfortunately, photoshop doesn’t seem to agree with one’s intentions all the time. Like every other Nollywood actress, Moyo Lawal has been caught in the editing net.

The naturally endowed actress was caught photoshopping her hips in one of her photos. 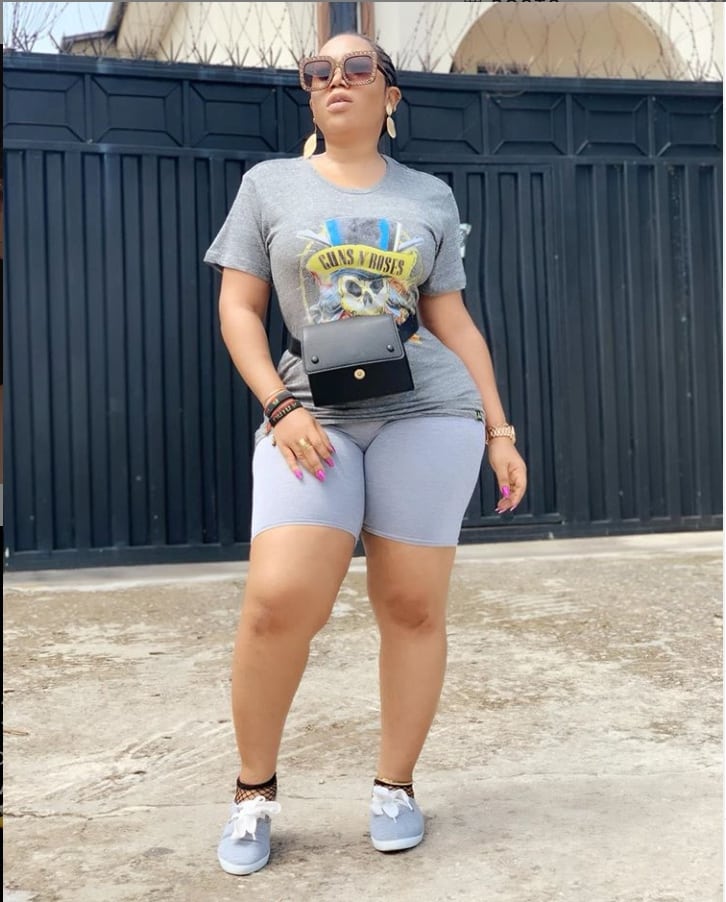 She apparently tried using a photo app to enhance her hips, but a gate at the background suffered the consequence.

She probably noticed that her hourglass figure wasn’t as pronounced as it was supposed to be. She therefore went to photoshop to seek solace by enhancing the photo. Now her followers are saying she had a photoshop fail would not stop dragging her on Instagram.

She captioned the photo,

Here’s what her fans are saying about the photo. 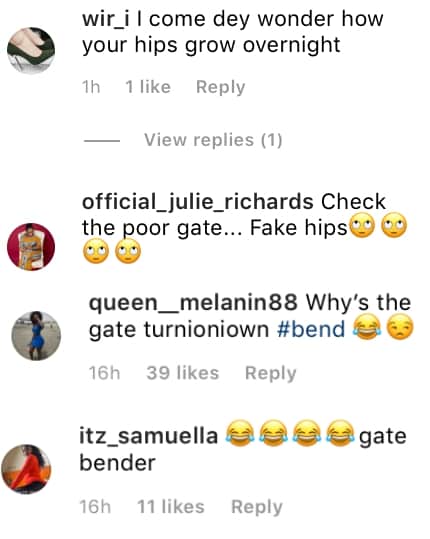 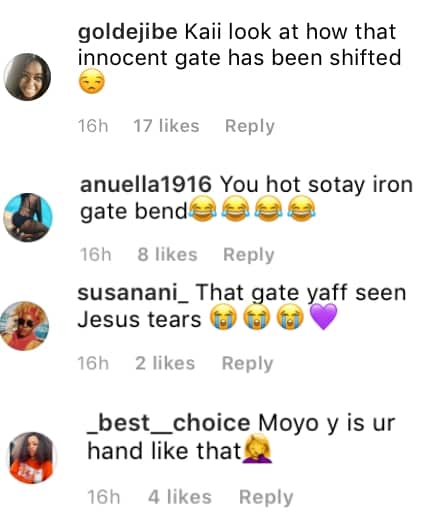 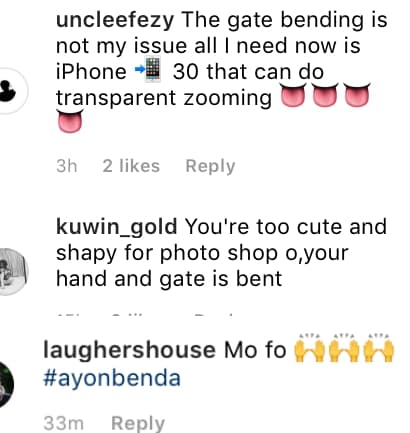 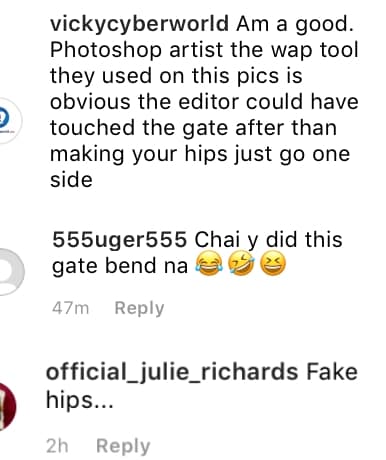 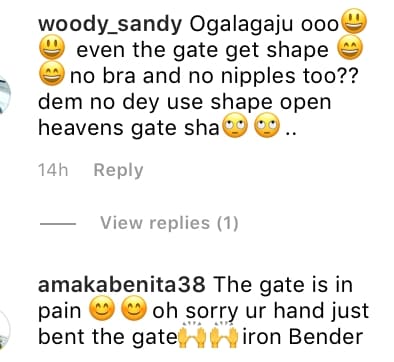 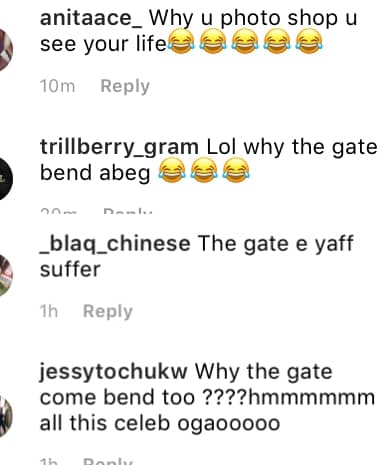