Home Entertainment News “Even Jesus was crucified” – Burna Boy reacts after his song was...

Singer Damini Ogulu popularly known as Burna Boy, has reacted after his song was rejected by #EndSARS protesters, during a protest yesterday in Abuja. 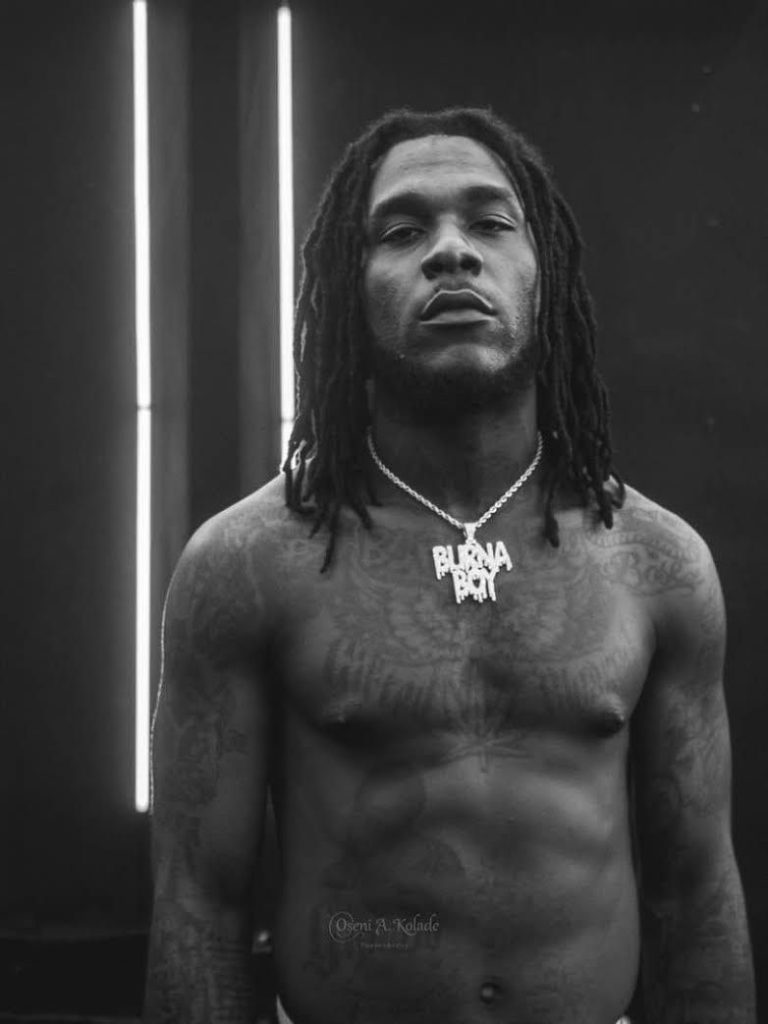 Recall that yesterday. October 11th, the singer bowed to pressure from fans and critics and officially joined the #EndSARS movement which seeks the scrapping of the Special Anti-Robbery Squad of the Nigeria Police Force.

Burna Boy issued a statement on Saturday amid knocks from Nigerian youths who had expressed disappointment over the musician’s silence.

The self-acclaimed African giant said the protest should not be about him but about deeper issues.

A video was shared online of protesters rejecting his song and he replied saying; “Even JESUS was crucified.” 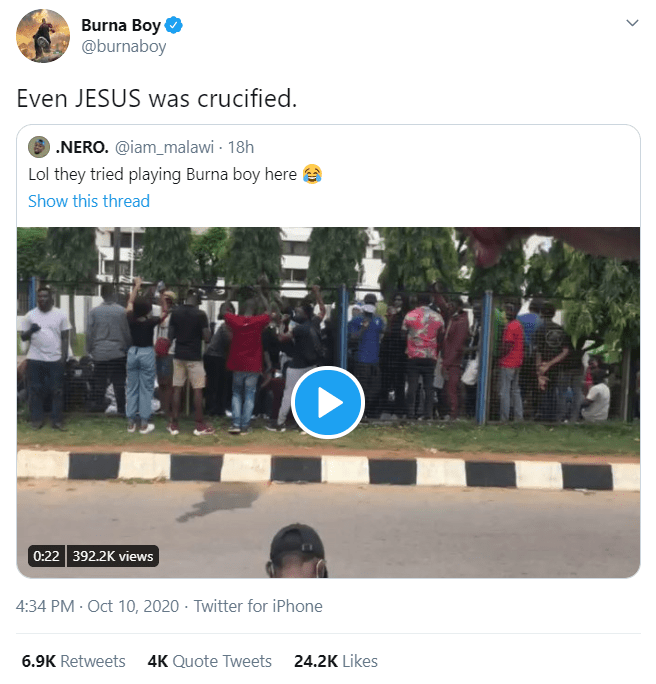