Reality Star, Erica Nlewedim was forced to utilize a motorcycle in a bid to catch up with her flight after being stuck in traffic in Lagos State.

The ex-Lockdown housemate shared clips and photos of the moment her pieces of luggage were transferred from her car to a bike. 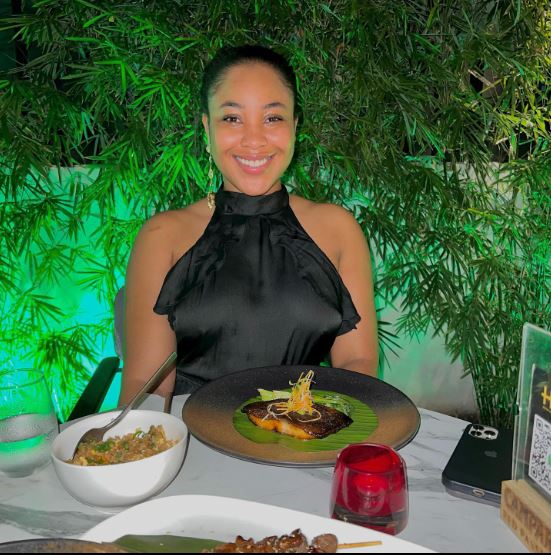 Speaking in the video, the actress disclosed that she was forced to leave her car behind due to the frustrating Lagos traffic and make do with what was available all in an effort to catch up with her flight.

She later shared a video of herself with the pilots while disclosing that she made it despite all hurdles.

Check out the video and photos below: 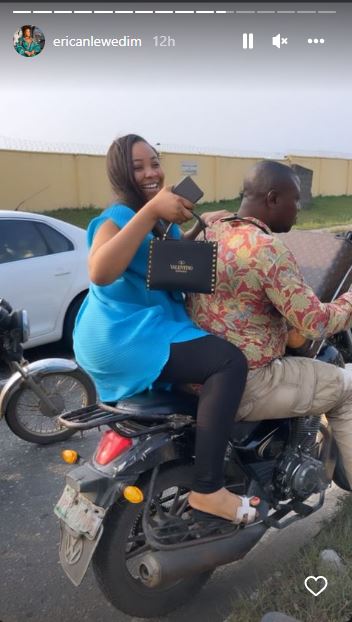 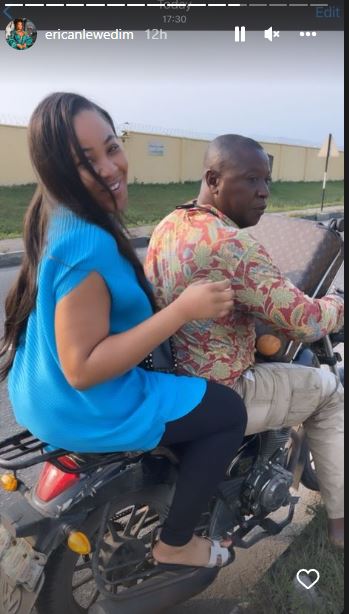 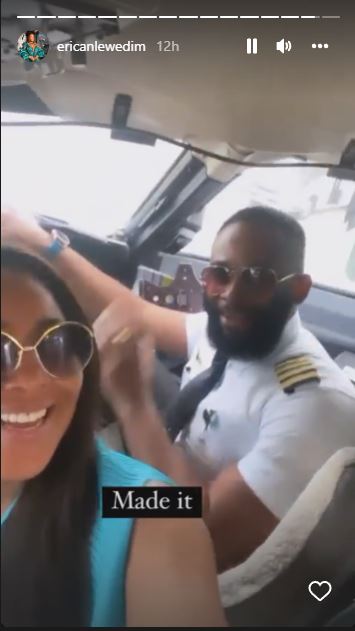