A Nigerian man who lost his left leg after a stray bullet hit him during the #Endsars protest, graduates from University. 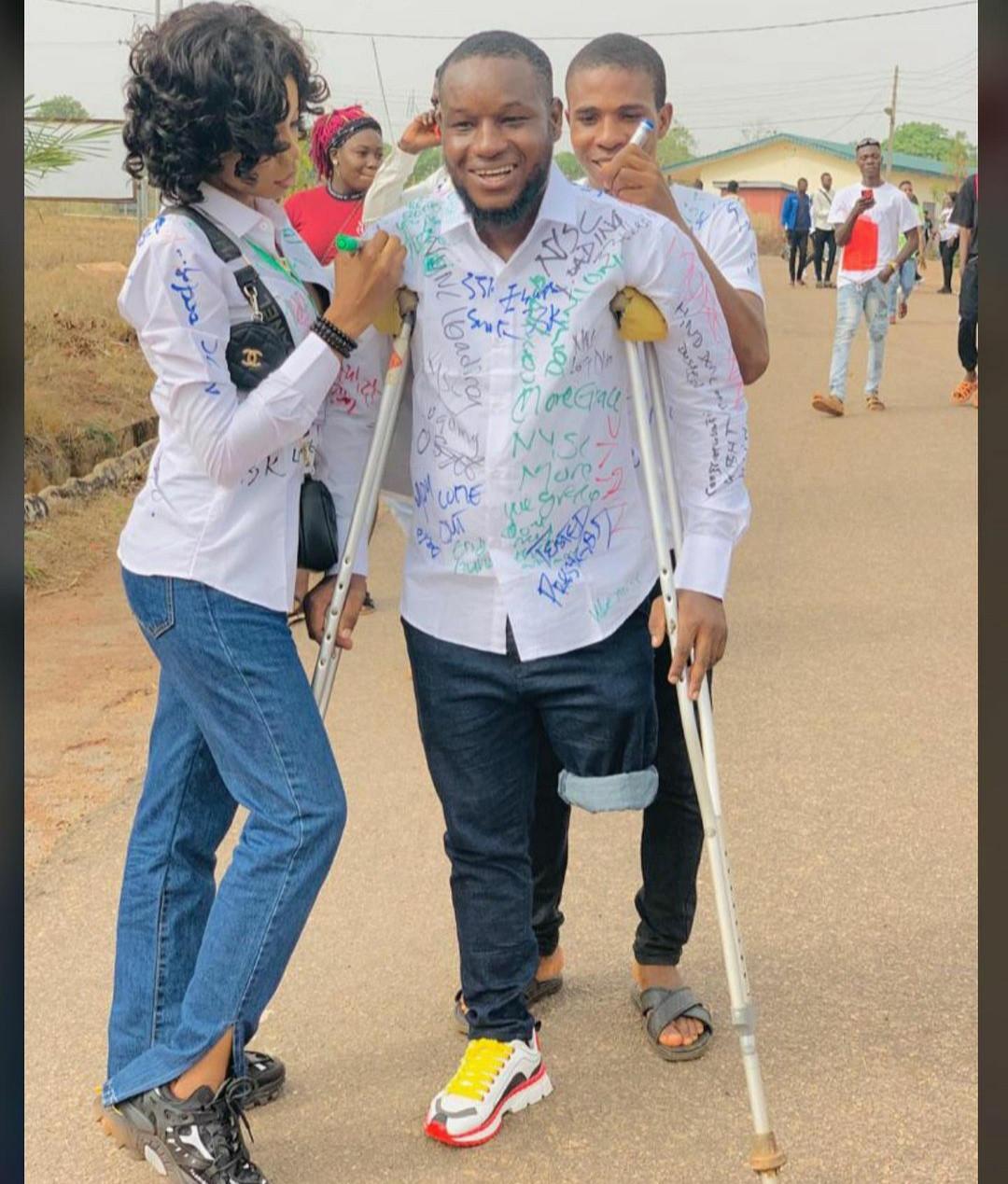 The young man who’s a student of Auchi got hit by a stray bullet from the Nigerian army.

As a result, his left leg was amputated.

The viral photo of him taken after his final exams hits the internet.

The young man is seen with crutches to support his legs as his friends all gathered around him to sign-out on his white T-shirt as a tradition in most tertiary universities in Nigeria.

The caption on the photo reads:

“A few months back before #Endsars he was with his 2 legs and now he’s graduating with 1 leg after a stray bullet from Army hit his leg in Auchi during the Protest. My heart bleeds after seeing this. Don’t give up bro, your destiny will never be wasted.” 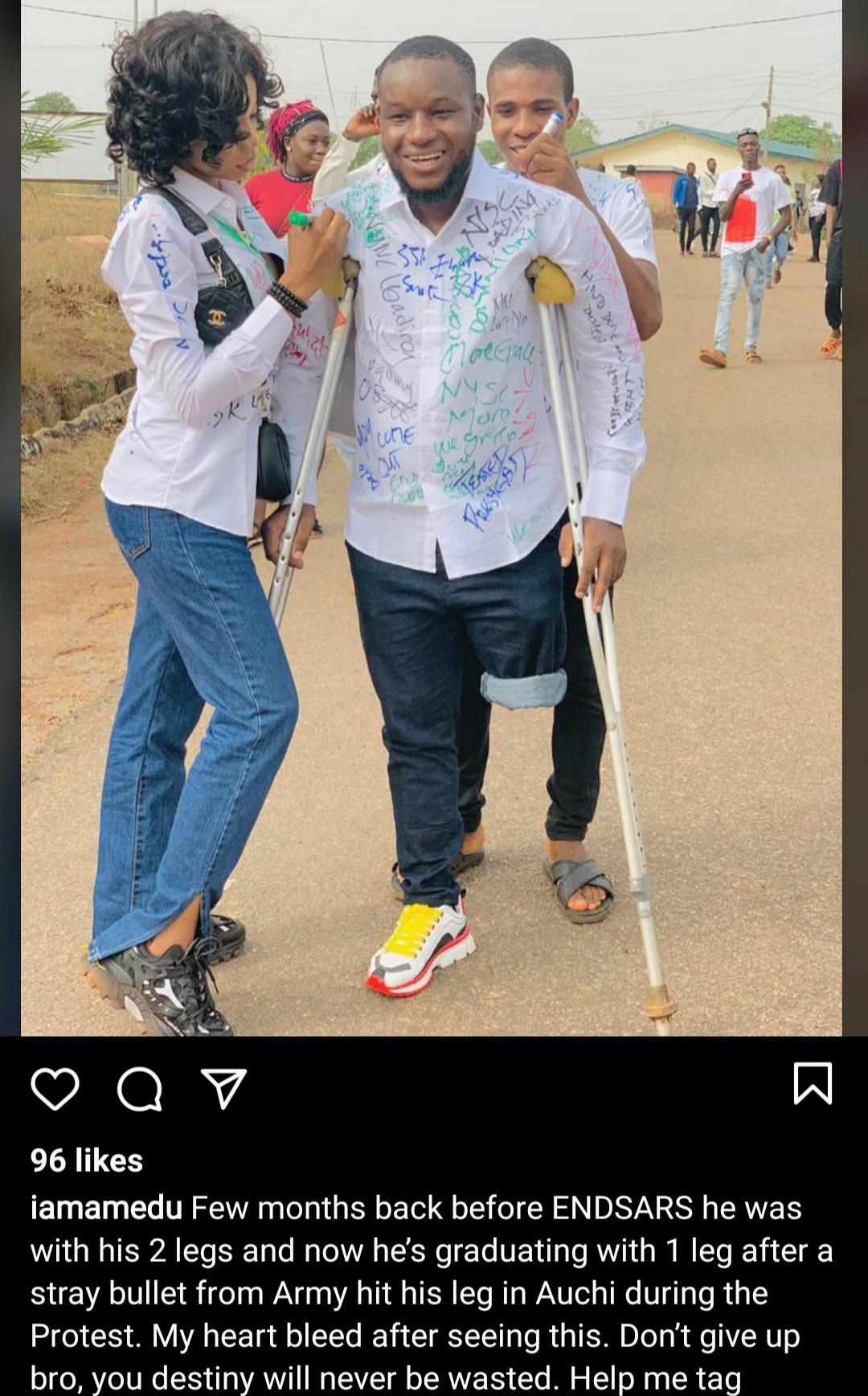