Many people have been moved by the poignant reunion between a Nigerian man serving in the US military and his family after his homecoming. 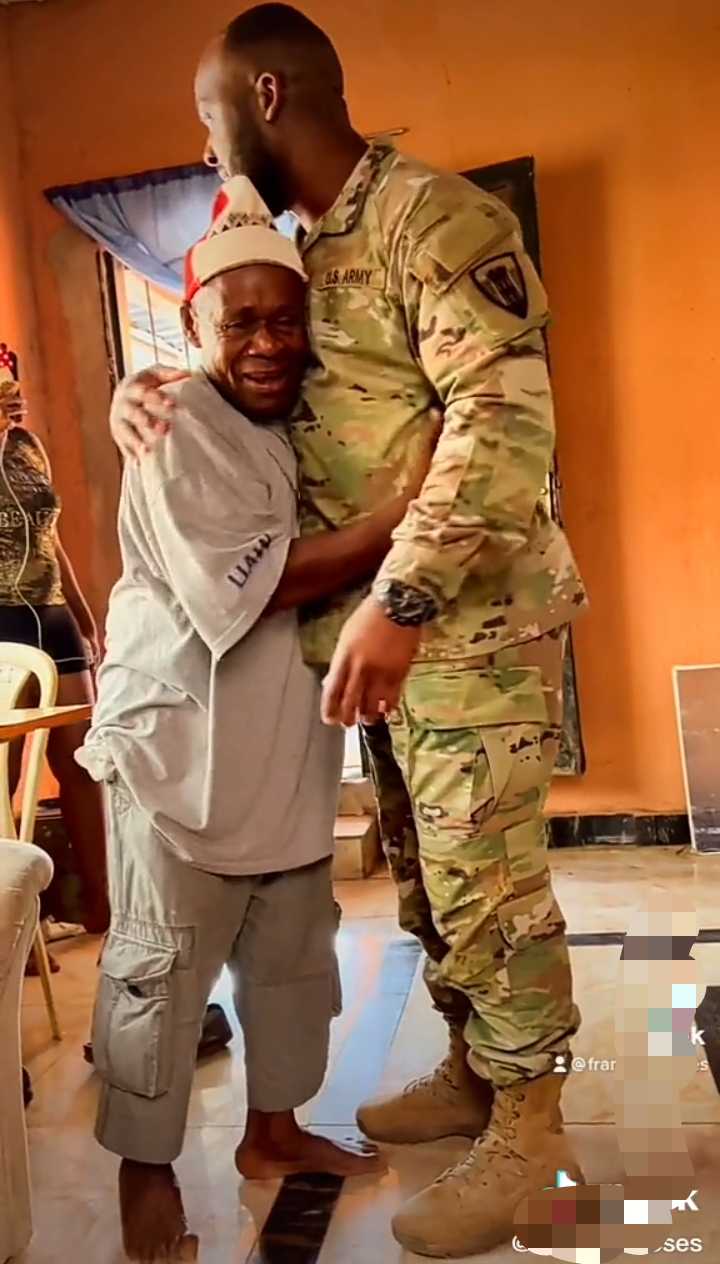 After living 6 years away, a US soldier named Franklyn Moses decided to return to Nigeria to amaze his dad.

The military posted a video of himself driving home from the airport while still dressed in his army fatigues.

When he arrived at his family’s house, his father was the first to notice him, but before he could respond, the soldier’s sister jumped with delight, tears streaming down her face.

She was spotted getting down on her knees in the sand, giddy with joy at her brother’s return. His father was equally moved as he hugged him on the balcony of their home.