Popular Nigerian Billionaire, Investor, Business Tycoon and the CEO of Five Star Music E-Money took to social media to share adorable pictures of him and his kids.

E-Money is the proud CEO of Emmy Cargoes Limited. He is also called Arab Money due to his luxury lifestyle. E-Money is one of the biggest players in gas industries, oil production and shipping of Nigeria. He is also the CEO of the Five Star Music, which produces artists, like Skibi, Harry Song, and KCee. His net worth is around 1.5 billion of Naira.

The Nigerian Business Tycoon who got married to his beautiful wife Juliet Okonkwo, has been a man known for his luxurious lifestyle on social media.

The Five Star music CEO shared beautiful pictures of him posing with his three kids in his luxurious home. 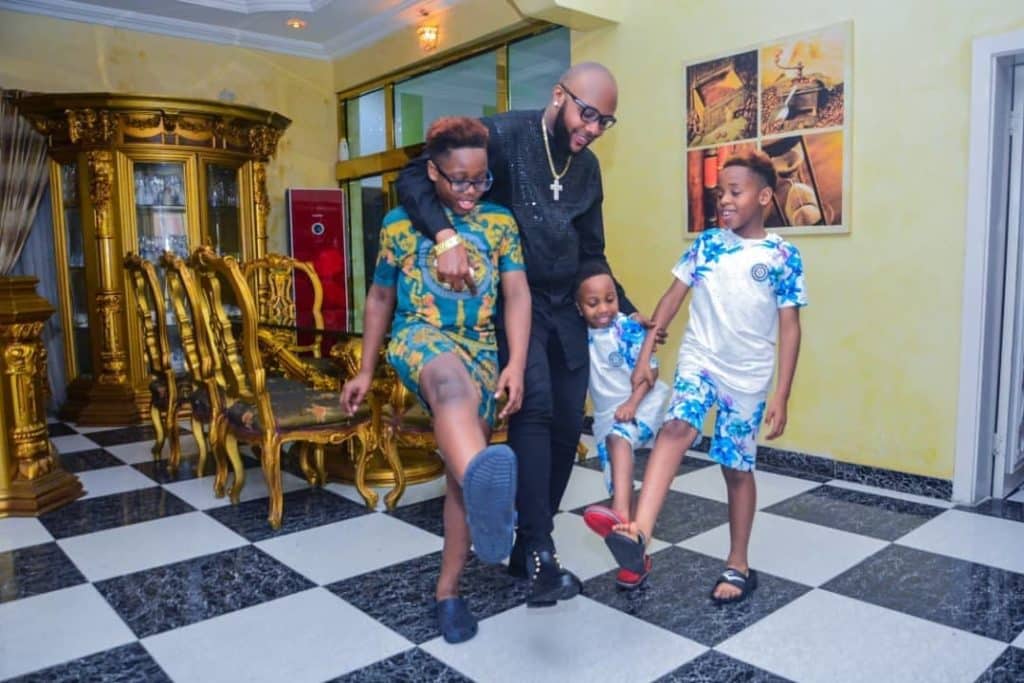 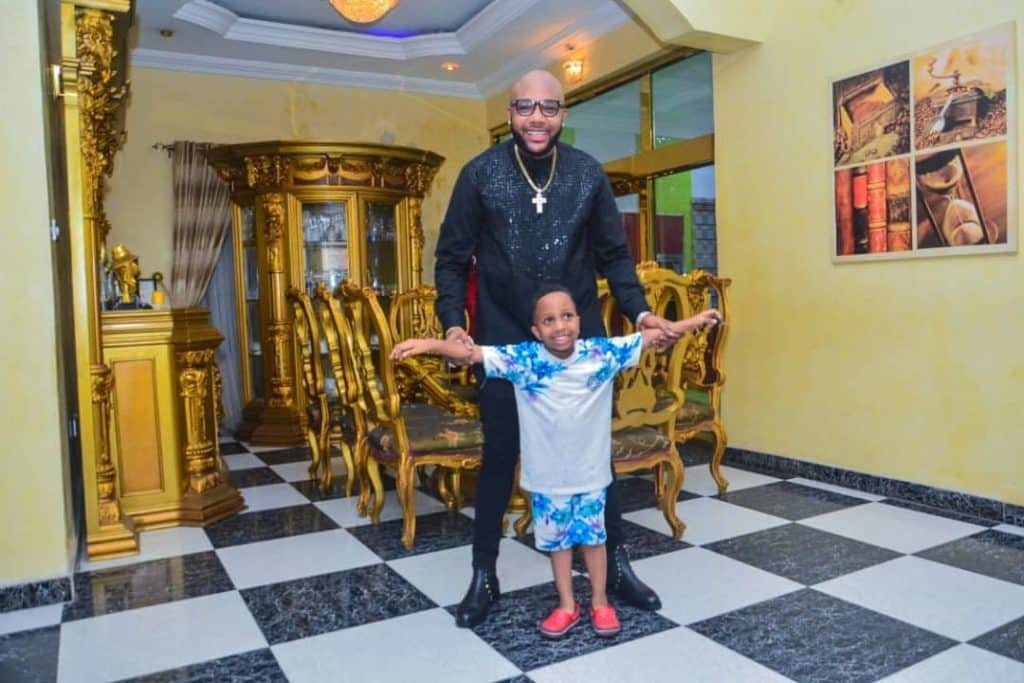