Nigerian singer, Teniola Apatal a.k.a Teni, has challenged her ex record label boss, Shizzi to back his claims with a proof if he is truly the original producer of her hit song, ‘Case’. 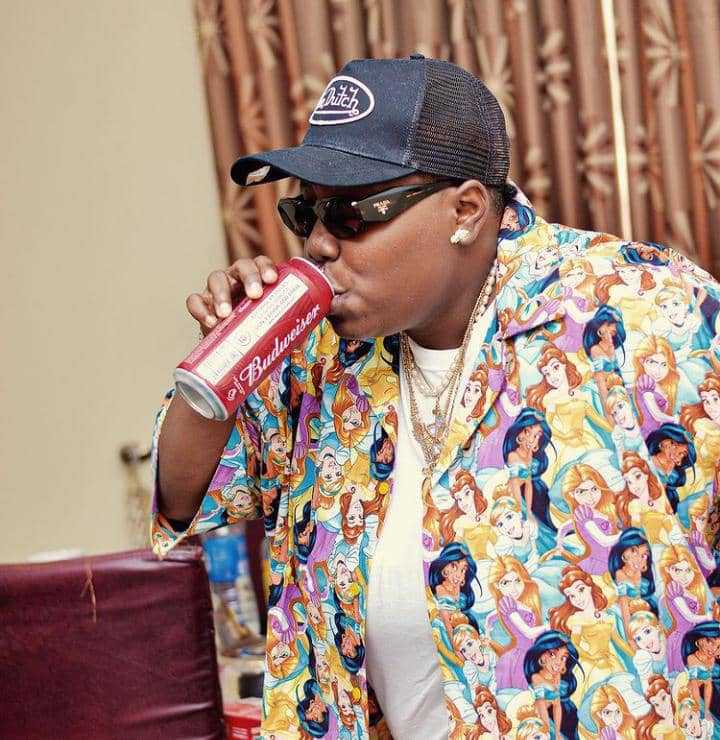 This comes after the record producer, Shizzi had called the singer out for allegedly reproducing the song ‘Case’ that was originally produced by him.

Reacting to the claims, Teni took to her Twitter handle to challenge her ex-boss saying, “Drop the stems if you really produced it. Drop the stems in 10 minutes or you’re a lil bitch.”

She added, “You that you wanted to waste my life. Signed me with no plans. You gave my songs away, my mother paid you in full and I got out the contract, I walked away peacefully. Thank God for my mom, I would’ve still been singing on the streets of Atlanta.” 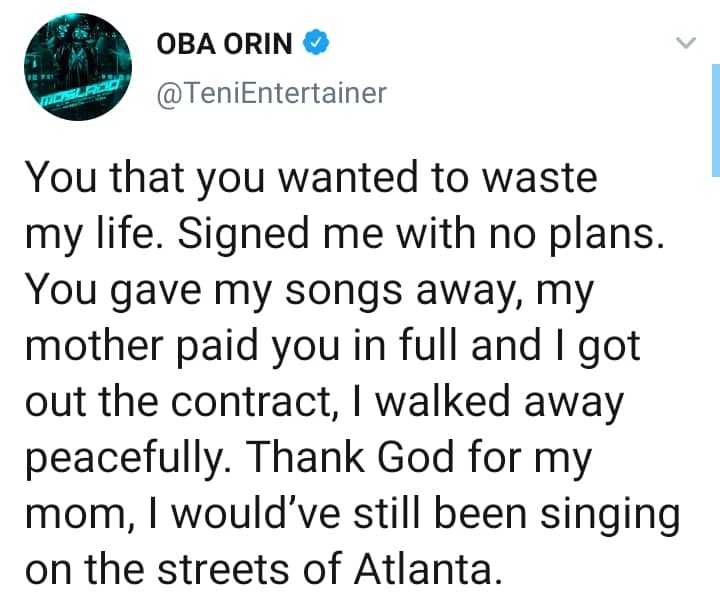