BBNaija star, Vee in a statement via her Instastory on Tuesday, made it known to her fans that she’s no longer associated with “Zeena & Zara“, barely a few weeks after she was signed to the brand. 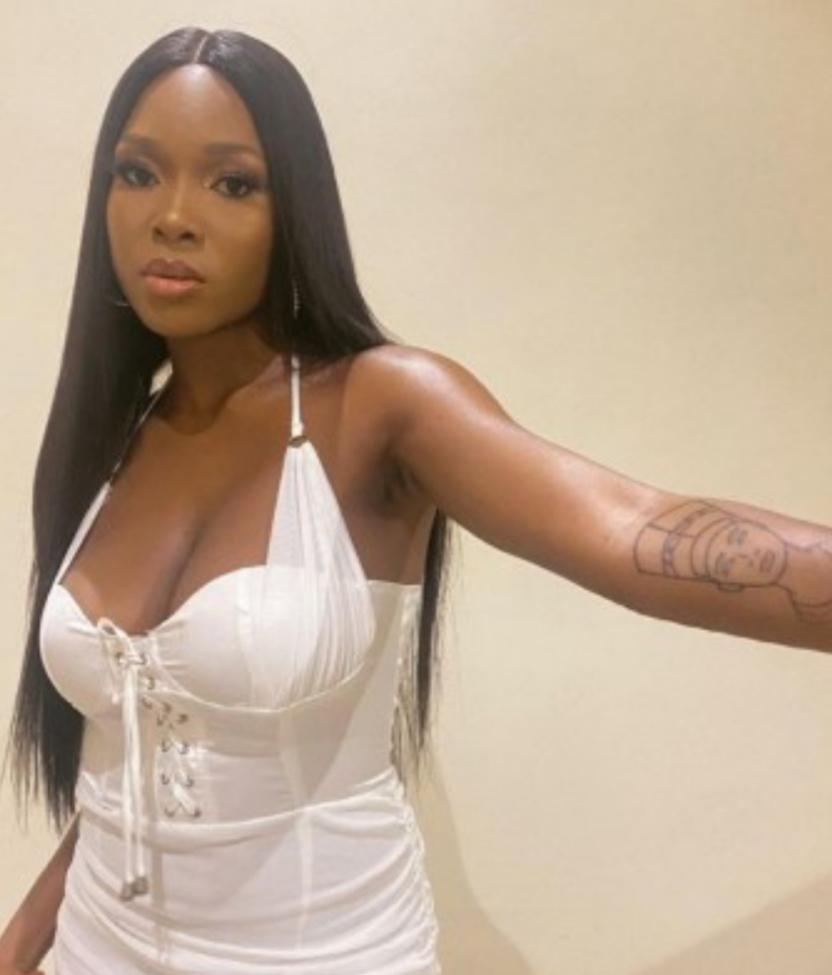 Vee, in her statement, denounced her association with the fashion brand as she told her fans to regard any image of her that they will share as “false advertising.”

She further said that fans who do business with them would be doing that at their privilege and not in her name. 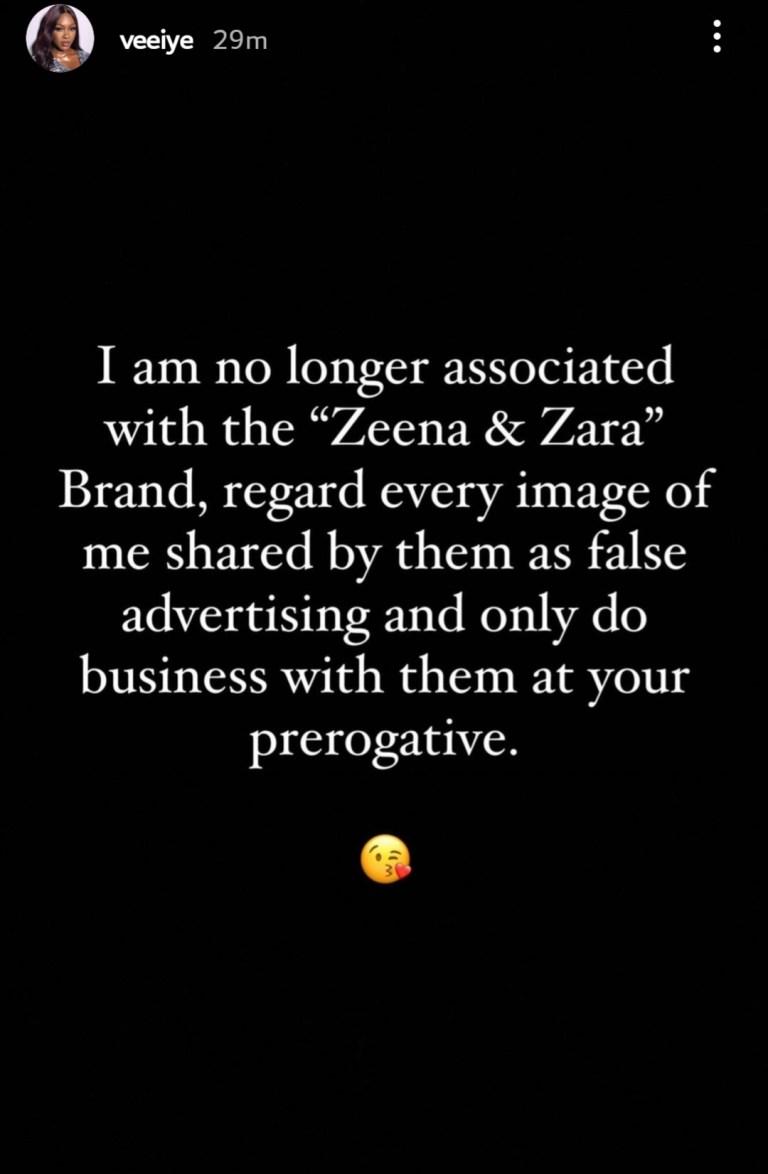 The fashion brand has also responded in a post via its IG page as it called out Vee for not paying up before ending the contract.

When you were calling for this deal we considered as we believed you would add value ,little did we know it was going to be the other way round ! …

After paying , right on the first day of set , everyone stressed to work with you , we still persuaded them so we could work something out ,you looked down on everyone on set including the photographer , yet we overlooked and still waited with you till your Uber arrived so as not to leave just you on site …..the brand has worked with a lot of people with no issues , , we can’t cope with your attitude because you don’t even know what it takes to be a brand ambassador, and all this should have been well explained to you before putting pen to paper ?… you are out of the big brother house yet you act like everyone on set is one of the housemates
Your manager has said you have been gathering the money and paid a part , you still owe the brand a lot of money !
More details coming soon
kindly pay up ? 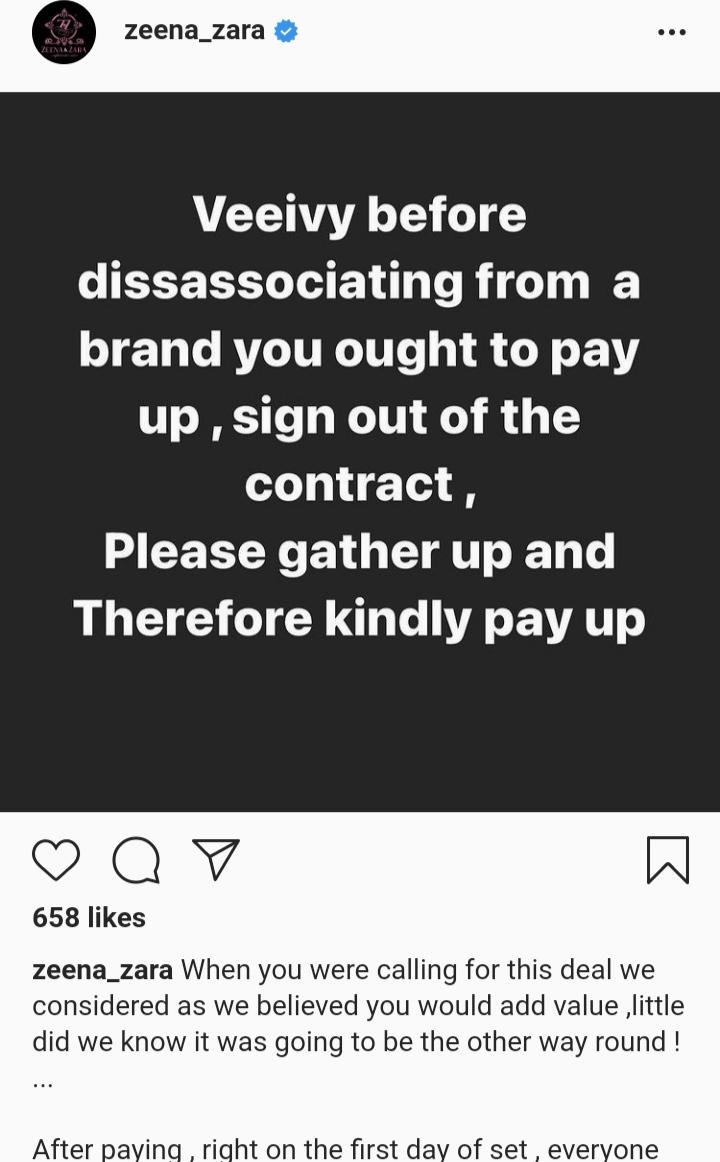 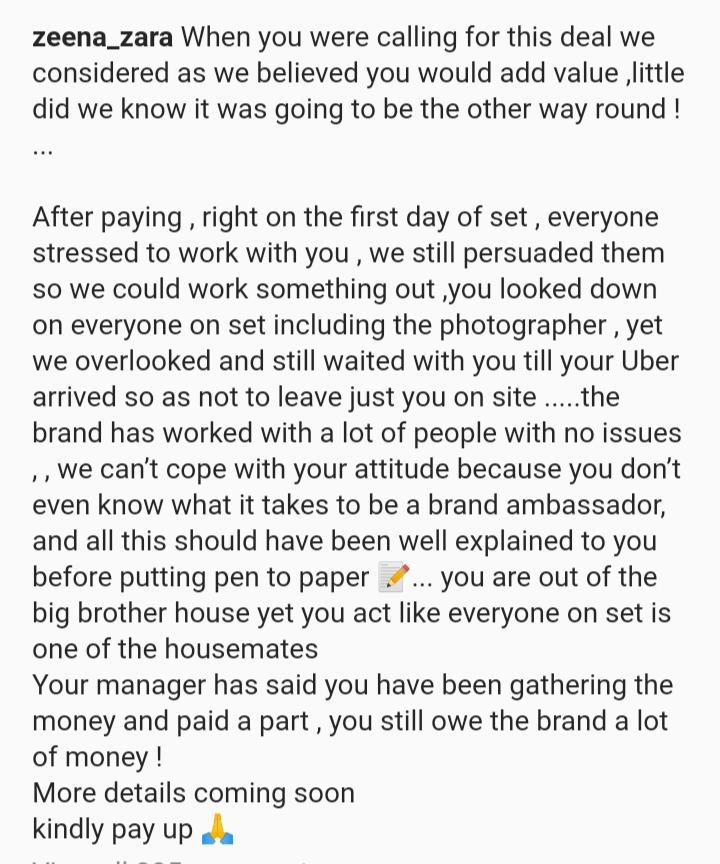