Social media users have reacted to the video of a uniformed policeman preaching the gospel on the street. 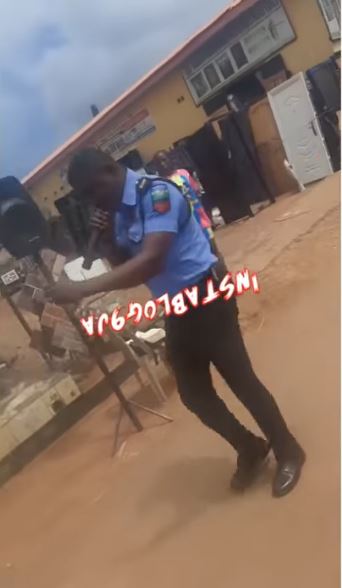 According to Instablog9ja, the incident is said to have occurred in Abia state as the zealous police officer was seen utilizing a public address system to share the gospel in the neighbourhood.

Netizens on their part have expressed both shock and amusement at this display which seems to be an unusual one.

Check out some reactions below:

“Double your hustle they say😂😂😂”

“He still believes in heavenly race. Good! It may seem unprofessional but I love it.”