Fast-rising Mavins signee, Ayra Starr has defended her senior colleague, Simi after a fan trolled the mother of one on social media. 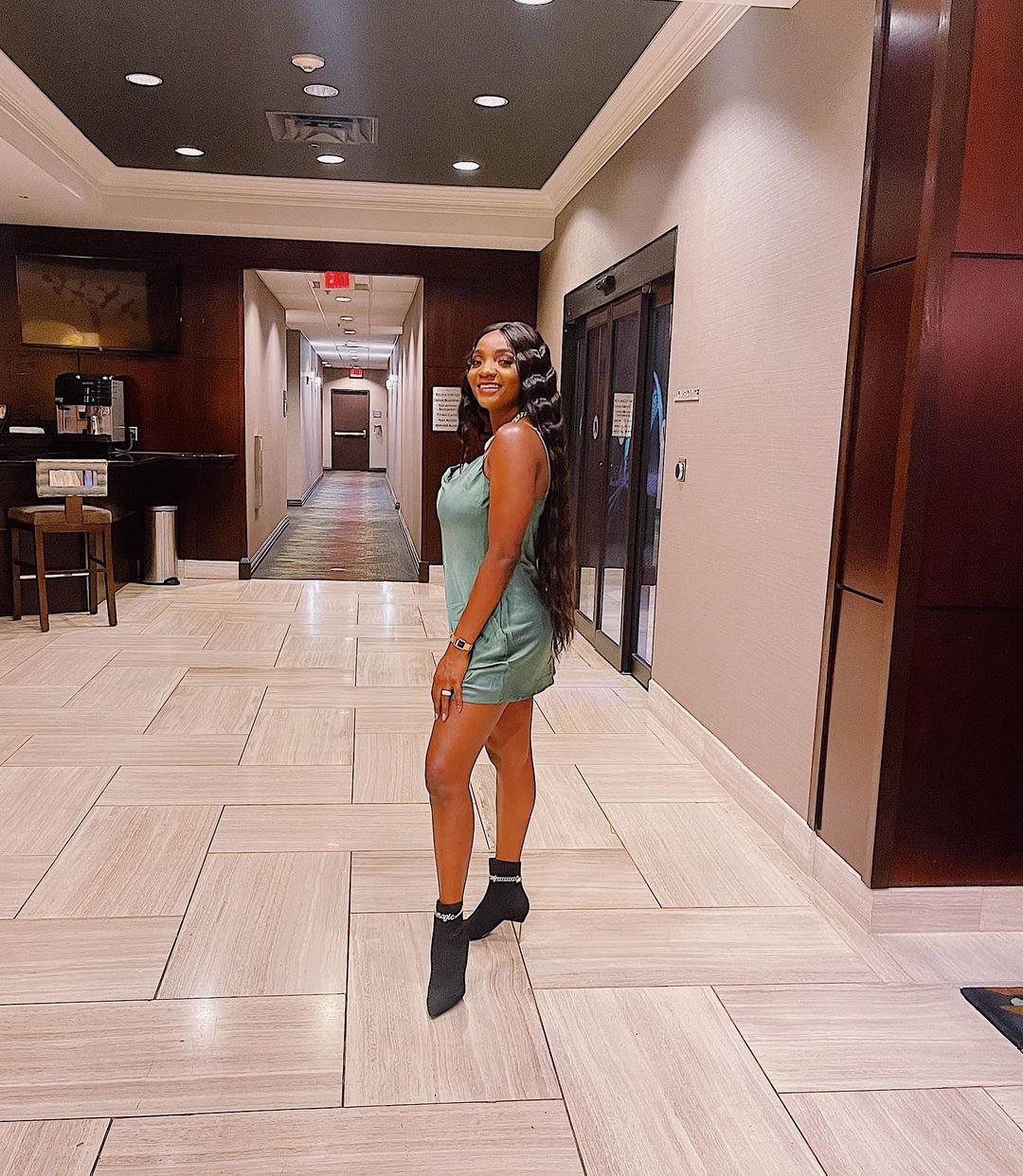 The man, identified on social micro-blogging platform Twitter by his username @99Snky, has said that Simi has fell off on the streets, while Ayra Starr is taking over.

“You fell off. Streets listen to Ayra Starr right now,” he wrote.

But Simi in a swift response, asked the troll where his father that hasn’t fell off, is right now at the moment.

Her reply has so far generated intense reactions among Netizens on social media, while prompting singer Ayra Starr, who’s famous for the hit song “Bloody Samaritan” to reply in support of Simi. 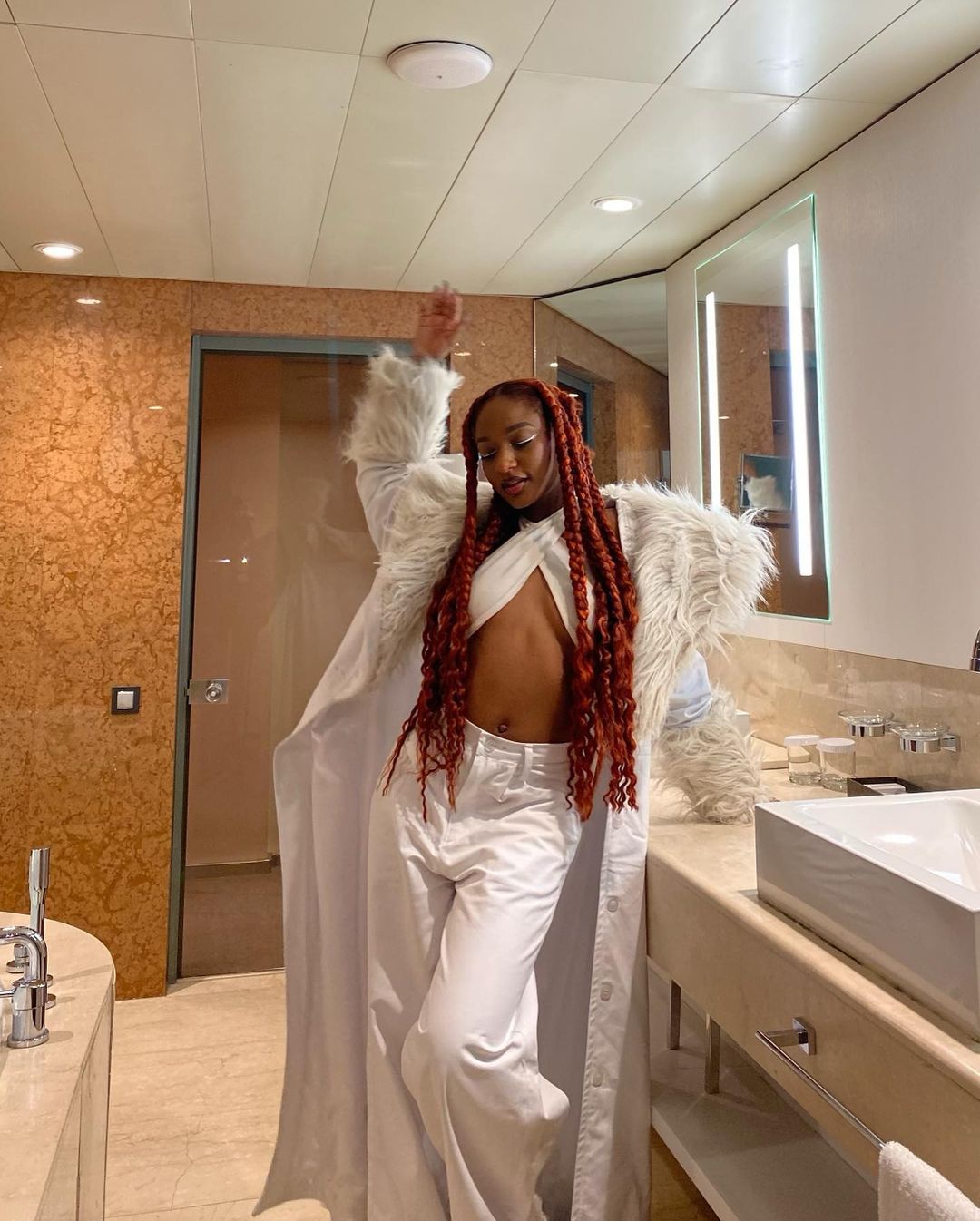 Ayra Starr then wrote in response to Simi’s tweet;

“Haaaaa QUEEN 🙌🙌 please don’t mind him, his a bl*ody Samaritan, love you foreverrrrr” 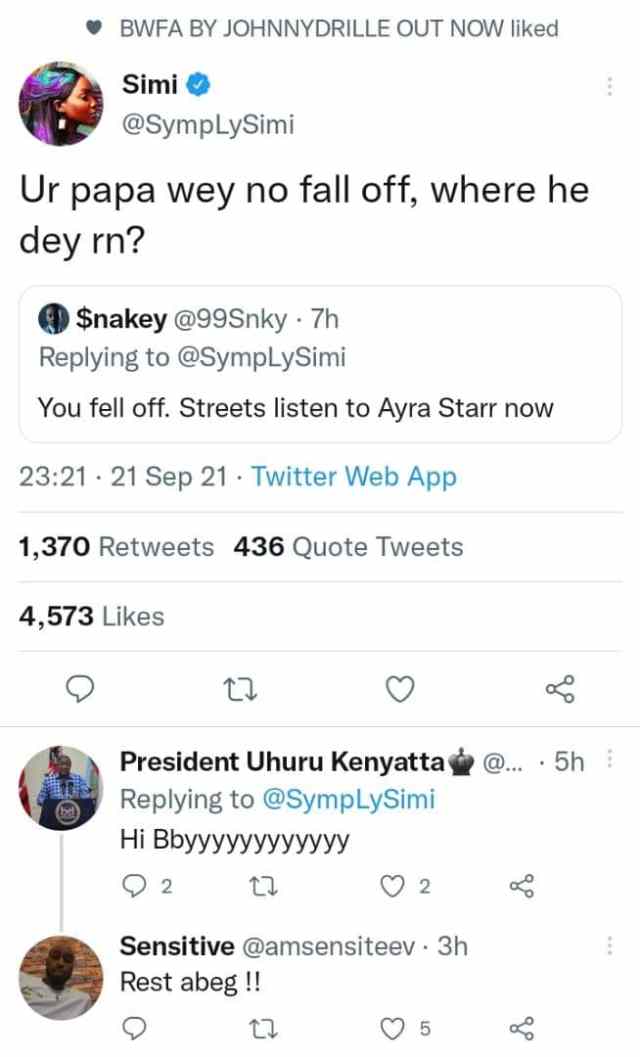 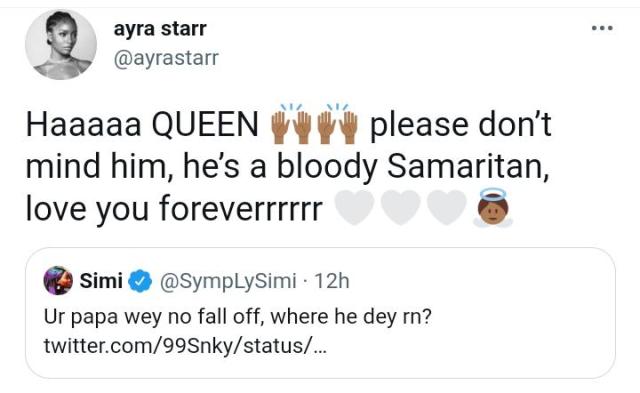