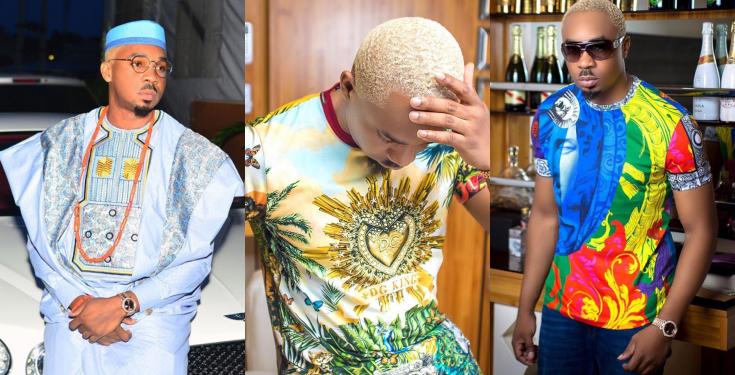 Pretty Mike is back with a piece of advice for the men out there and an indirect sub for an unidentified married man in particular.

The Lagos socialite is out there warning his mates (male folks) saying, some women have nasty urge, don’t turn yourself into a drug addict, etc because of them, lol.

Frowning at how far men go to satisfy their women, Pretty Mike wrote;

”Most men are becoming Terrible Alcoholics,Drug Addicts and Abusers all in the name of good sex. Don’t kill urself to satisfy Dami’s nasty urge….Oga catch ur sub, would have called u out but ur wife is a good friend of mine #dolceandgabbana #Drip #luxurylifestyle #CuttingTagsForFun #HusbandMaterial #MyLagos #PabloWay”

I just hope women won’t come for him. Why will you say a man shouldn’t go an extra mile to satisfy his woman ??. When they go go 10 extra miles to look good for him. Tahh!!!