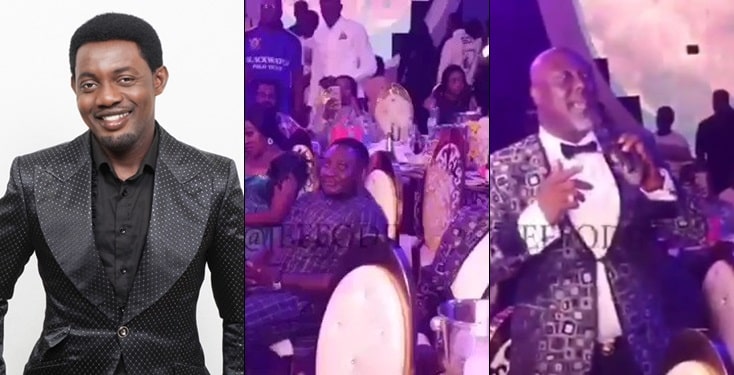 (NAN)Senator Dino Melaye featured as one of the surprise comedians/entertainers at the recent comedy show organized by comedian, AY, tagged AY-Live.

Melaye was accosted by AY himself during the show and asked to sing one of his many popular taunt songs which he uses to mock his political enemies.

The senator in his usual outspoken character took the microphone,  and thrilled both organizers and attendees when he performed a remix of his popular Yoruba song ‘Ajeku iya ni o je’.

Rather than the usual genre with which he sang the original song, the dramatic Senator thrilled the audience with a choral rendition of the remix.

His performance got him resounding applause from the crowd who were laughing all through his funny musical ‘interlude’.

Below is the video as posted on the yet-to-be verified twitter handle of the senator: