A movie director identified as Umuna Elijah has shared his experience with BBNaija star and actress Erica Nlewedim during the making of popular movie Devil In Agbada. 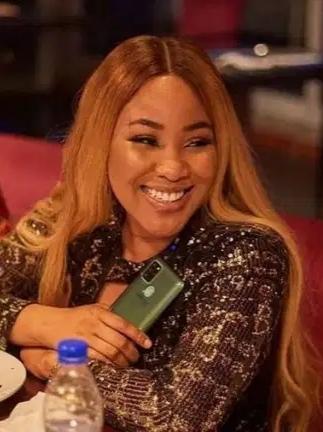 The movie director, in his statement, disclosed that Erica developed headache after acting in a particular scene.

According to Elijah, he stressed that Erica had to act the scene 7 times before she got it right, and after that, she complained of a very serious headache.

The director, however, added that the 7th trial was the best of them.

Erica went on to share the director’s statement via her Instastory. 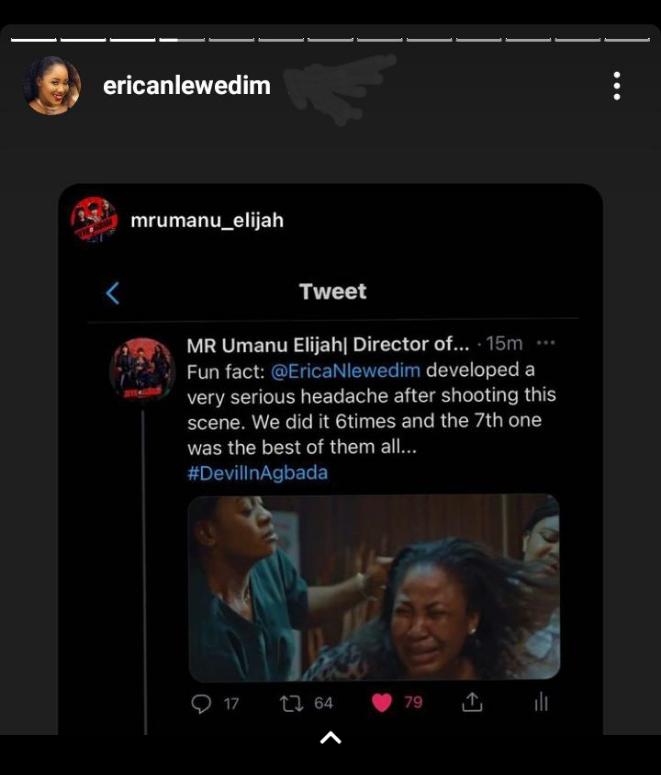