Singer, Oladapo Oyebanjo aka D’banj, through his Lawyer, Mike Ozekhome, SAN, has sued his accuser, Seyitan Babatayo, for N1.5billion. 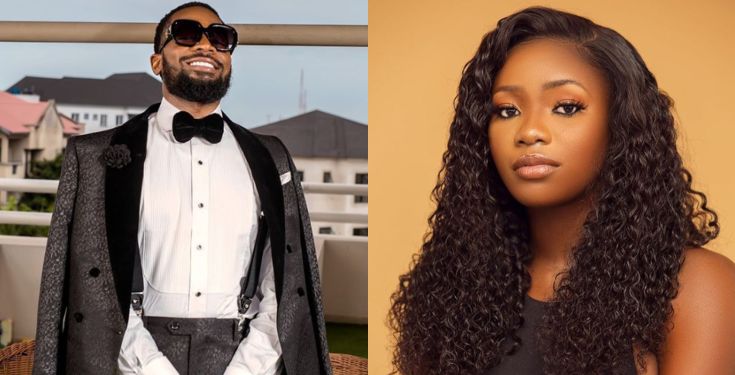 This is coming barely 3 weeks after the singer demanded N100m compensation from Seyitan, who accused him of raping her in a hotel room on December 30, 2018.

In a letter signed by Mike Ozekhome (SAN), Seyitan has been ordered to pay the sum of N1Billion for general damages over the “untold embarrassment, derision, public ridicule, marital disharmony, mental agony and psychological trauma which her tweets and publications have caused Dbanj”.

She was ordered to pay another N500,000 for “representing aggravated, punitive and exemplary damages”.

In addition, Seyitan is also expected to make an appearance in court within 30 days of which failure to do so may result in judgement being passed in her absence.

See the writ of summons below… 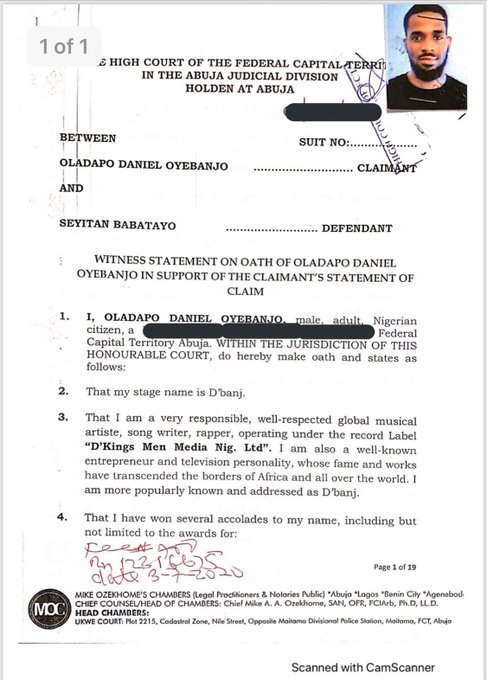 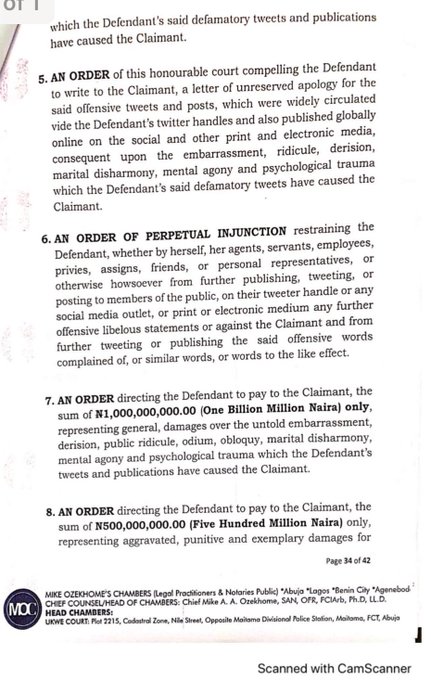 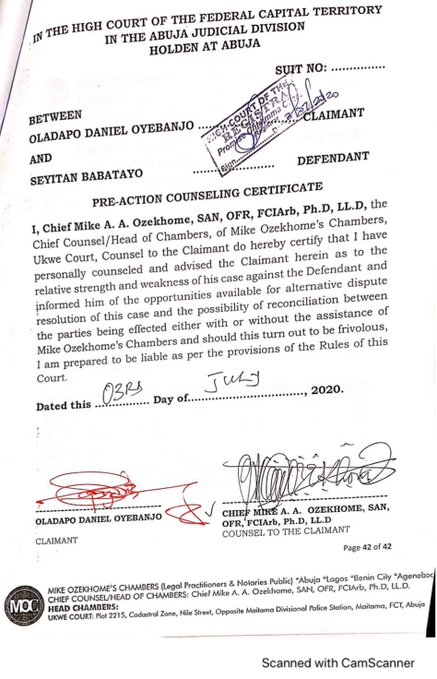