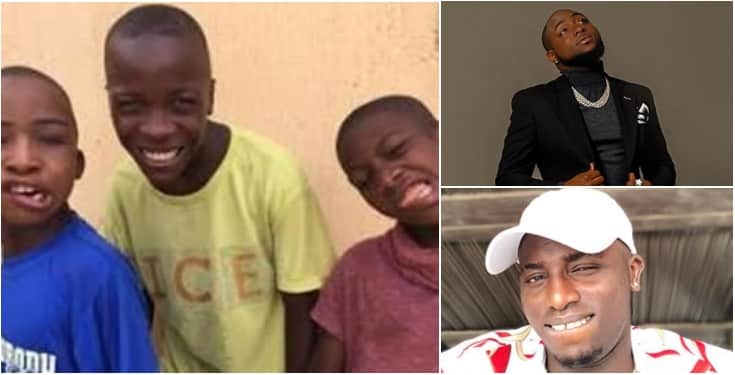 Aloma, Davido’s personal assistant, said the Ikorodu bois are not patient enough to get their N1M.

He revealed afterwards that with the current situation, if they will even get anything it is sorry.

Person go promise una 1million for doing nothing but common sense no tell una make una get patience. Sebi him na Father Christmas. Before F. Christmas go give you gift, you don pay for execution. If you like collect beating of life. If you collect anything, na sorry. 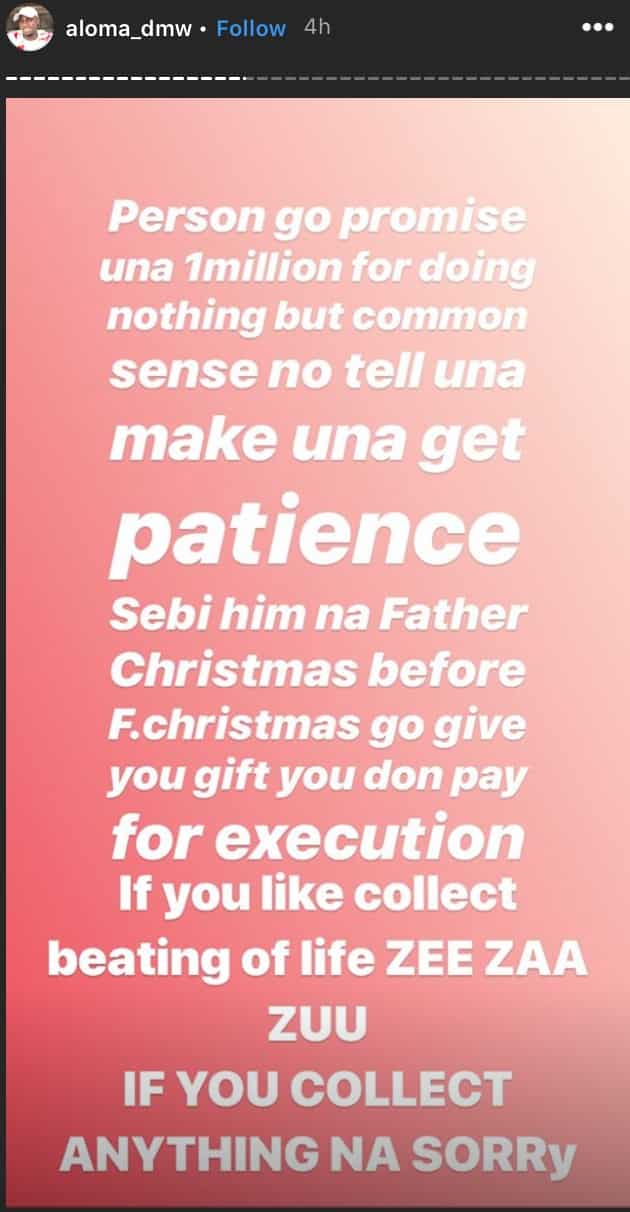 Few days ago, the popular Instagram Mimickers, Ikorodu Bois revealed that Davido is yet to pay them the N1m naira he promised them some months back.

In an Instagram live question and answer with their fans the ikorodu Bois answered a question which said; How did you guys invest the 1m Davido promised you guys then they replied by saying “He hasn’t given us! 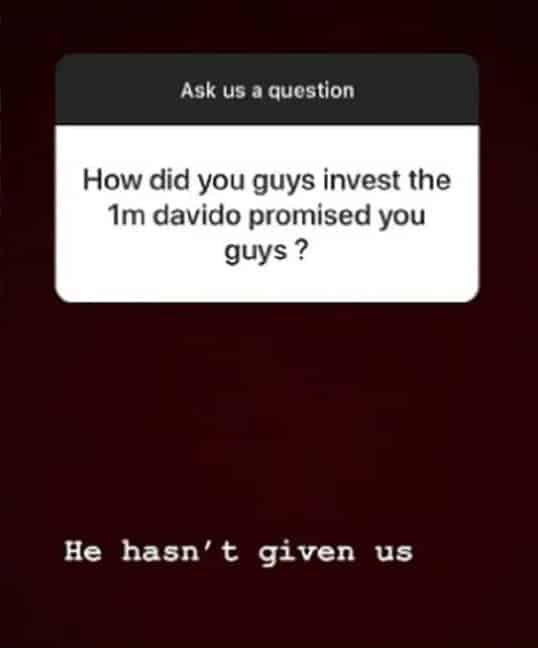 After the revelation, Davido unfollowed the teen comedy group on Instagram.

Recall that months ago, the Ikorodu Bois mimicked Dino Melaye in hospital bed. The video went viral and even made Dino Melaye’s Son to react. Davido  saw the viral video online and was impressed.

“Lmao, these kids are legends… Send una account make I send 1m to una, this one enter.”