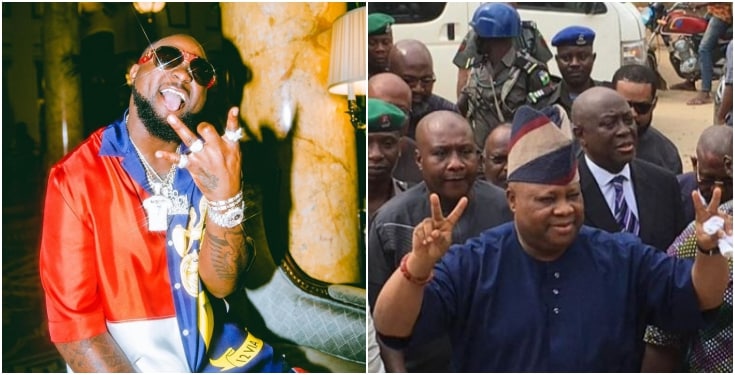 Since the arrest of Davido’s uncle, Senator Ademola Adeleke, Davido has been on social media, showing support for his uncle and throwing shades at the government.

Following Ademola’s arrest last night, Davido said he gives up on democracy and went on several rants on Instagram.

However, some of his fans and friends expressed concern over Davido’s safety.

In response, Davido is back on social media, saying nothing can happen.

According to him, the new governor-elect of Osun state is his uncle and he would do anything to make sure the mandate remains the same as that is what family does.

He also said he is preparing a better Nigeria for his kids and those that are yet to be born.