Popular singer, David Adeleke, better known by his stage name as Davido reiterates his love for his father, Adedeji Adeleke after receiving a piece of land from him cited in Banana Island, Lagos State. 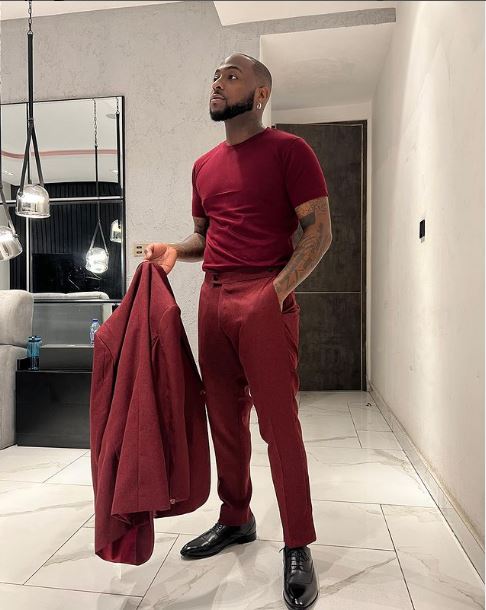 OBO took to his official Twitter handle to make the disclosure amid excitement.

“Woke up to another Land from popsi in banana again ! Such a dope father ! Love u pops ??, he wrote. 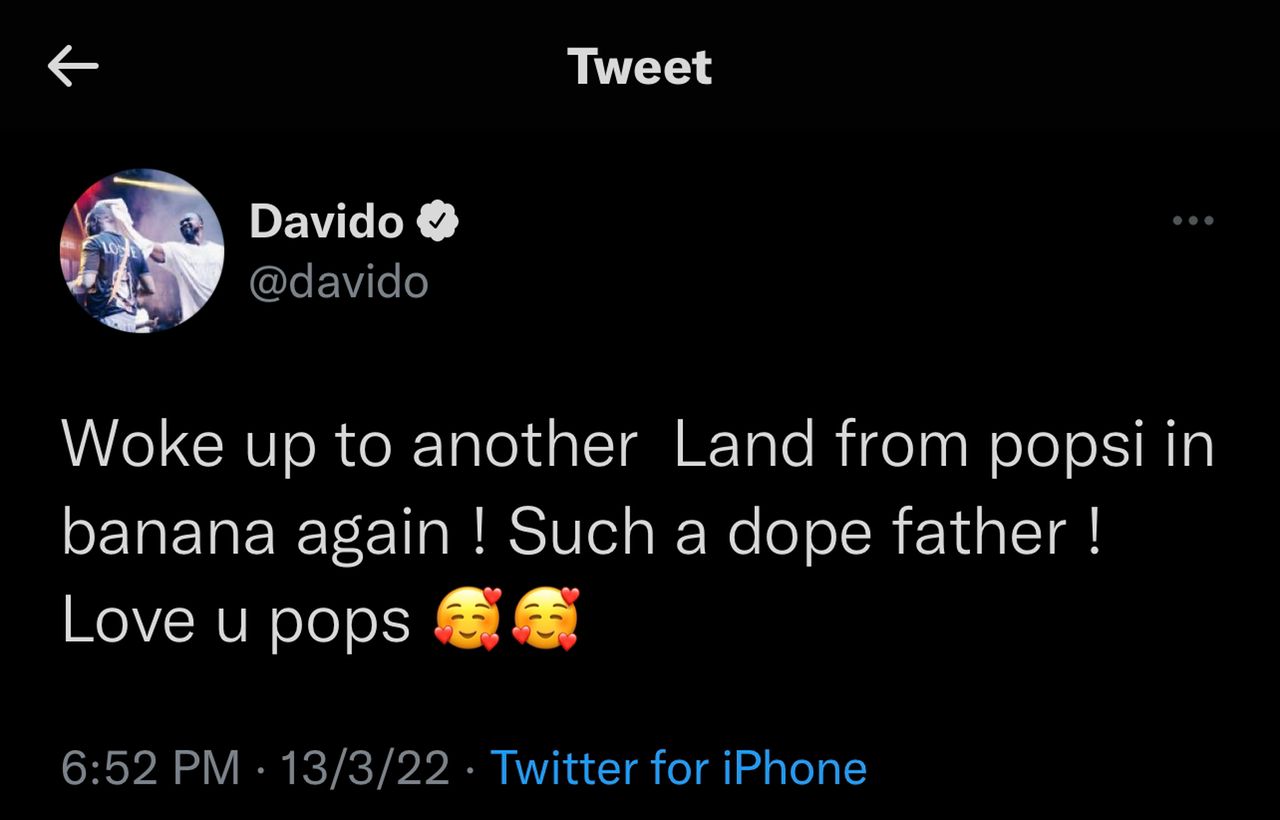 In related news, Davido has continued to fuel rumours and speculations about a possible reconciliation with his baby mama, Chioma Avril Rowland. The father of three while having fun at a club lately proclaimed that his ‘Assurance’ has reawakened.