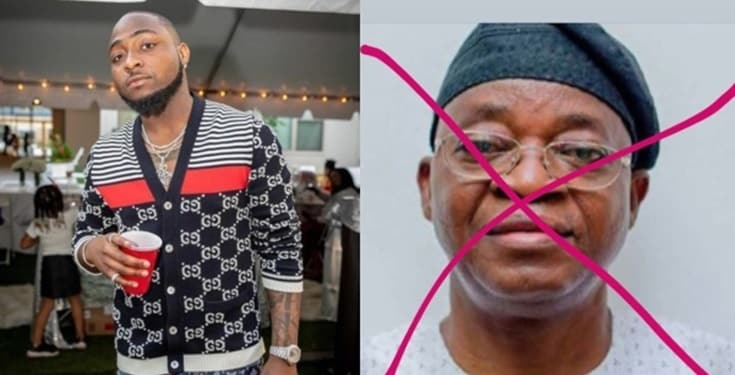 Davido is not left out of the drama on social media today, as he created a new Instagram page to troll on Governor Oyetola who according to him must go. 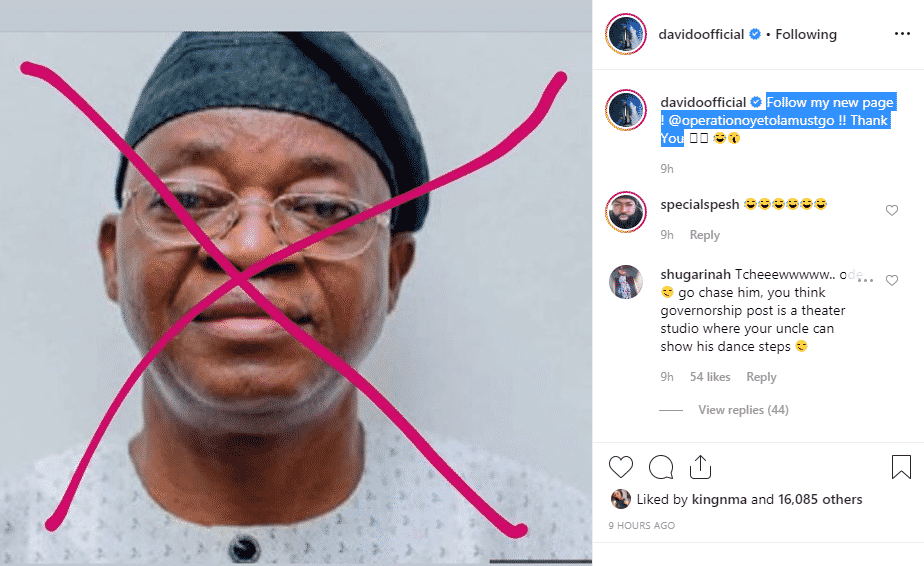 Recall that few days ago, the singer urged Governor Oyetola to accept his tribunal defeat. We reported that the Osun State Governorship Election Tribunal on March 22 declared Ademola Adeleke of the Peoples Democratic Party (PDP) as the duly-elected governor of the state.

The tribunal held that the re-run election conducted by the Independent National Electoral Commission, INEC, was unconstitutional. It, therefore, directed INEC to withdraw the Certificate of Return earlier issued to Oyetola and issue same to Adeleke.

But Mr Yusuf Ali, SAN, Counsel to INEC while adopting his address, however, argued that the decision of the lower tribunal was made in error. Ali submitted that the respondents’ argument that the commission failed to conduct proper accreditation and deliberately voided votes to favour Oyetola was a figment of imagination.

However, speaking on the development, Davido called on Oyetola to accept God’s will and vacate the office.

He tweeted, “@Oyetola must go. This shit is getting embarrassing and ridiculous. You lost your election Sir! Accept Gods will and vacate. Thank You. Now back to what I was doing.”