Home Entertainment News Davido blasts fan who criticized him for publicly reaching out to Cynthia... 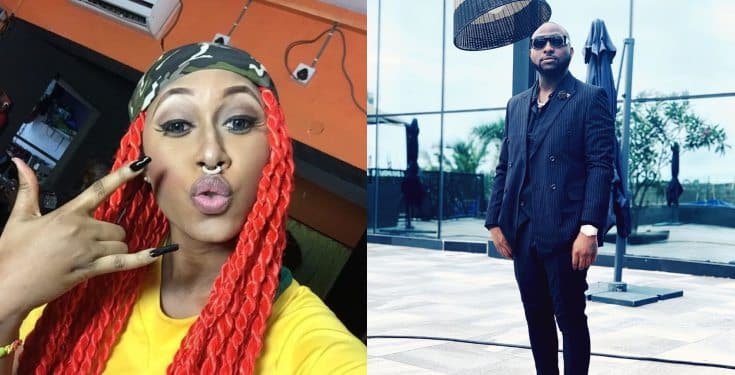 Nigerian singer, Davido has been criticized by a fan after he shared his plans to help Cynthia Morgan to set her music career up again.

It all began after Davido stepped into the controversial matter between Cynthia Morgan and Jude Okoye. The Omo Baba Olowo crooner took to his Twitter page to tell Cynthia to call him.

However, a fan stated that the singer’s tweet is in a bad taste, adding that Davido could have reached out to Cynthia Morgan privately.

“U no go shutup b4 u block person blessing .. ewu”

See screenshot of their conversation below: 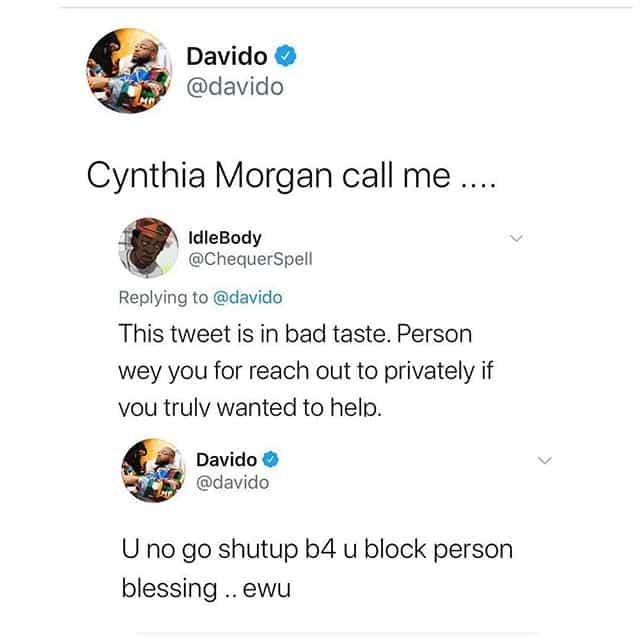