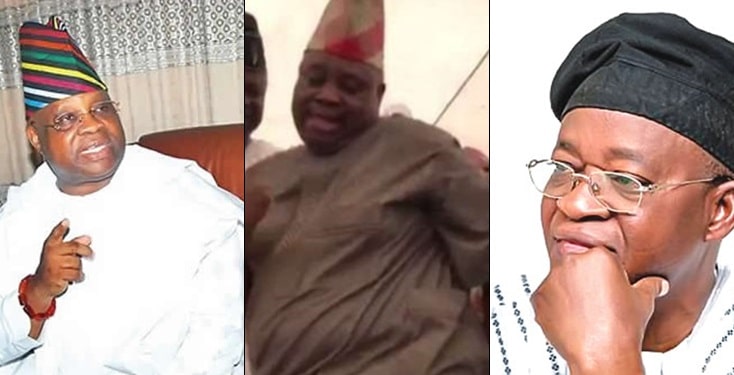 Peoples Democratic Party gubernatorial candidate during the last poll in Osun State, Ademola Adeleke, has fired back at Gboyega Oyetola, Osun State governor, for saying he feels ridiculed to have contested against a dancing senator.

Speaking while addressing journalists in Oshogbo, the state capital, Adeleke said the indigenes of the state know him as one who did not partake in the looting of the state treasury, contrary to Oyetola who he described as a chief enabler of the most corrupt, inept and anti-people administration in the history of the state.

“Osun people know that I am not the facilitator and prime partaker in the looting of the state treasury. For more than eight years, Gboyega Oyetola was the chief enabler of the most corrupt, inept and anti-people administration in the history of Osun state.

“What is more shameful in Yoruba land than theft? I dare Oyetola to walk the streets of Osun alongside me and see who will get mobbed and stoned by the embittered citizens of our dear state. The people had voted the honest dancer and rejected the false progressives who had ruined the fortunes of Osun state and sentenced generations unborn to excruciating debt burden,” he said.