Popular actor and winner of the Big Brother Africa 5, Uti Nwachukwu has asserted that culture and religion in the country, Nigeria, tends to suppress people’s enthusiasm in matters relating to sex. 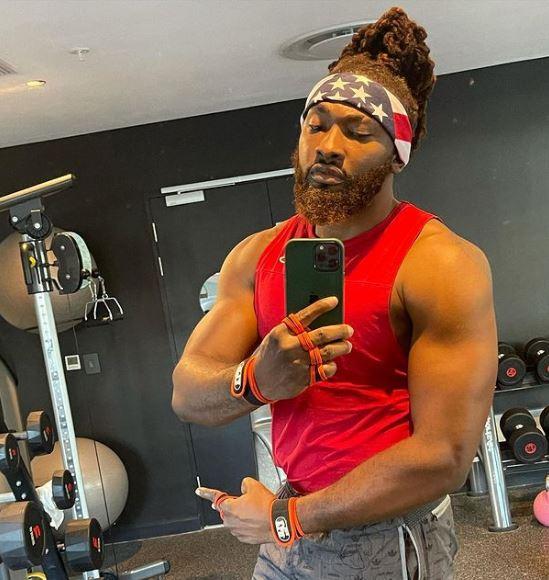 He maintained that in a real sense, people love to discuss such topics, but due to the way culture and religion have structured people’s mindset, they tend to suppress the urge or feeling.

“Culture&especially religion have played major roles in chronically repressing Nigerians sexually. That’s why the country seems to be dangerously obsessed with sexuality!

You condemn people but you flock to public pages to express how much you don’t approve of their sexual Liberation. It’s always who’s sleeping with who or what

That’s why when Someone Says or does something sexually explicit, Boom!!! THEY BLOW. Confused much ?? Don’t know bout you but if I despise someone/something, I stay totally away from all topics concerning it/them” 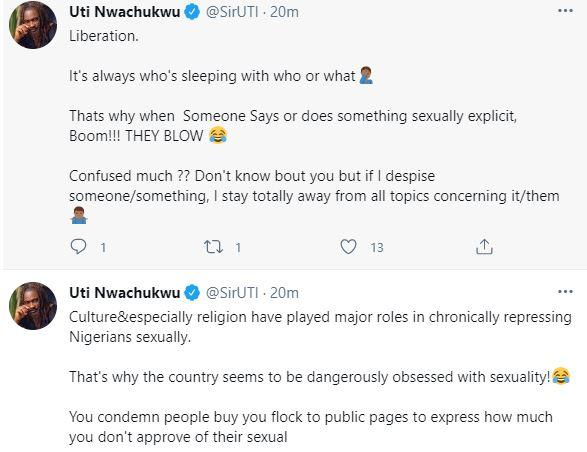