A video making the rounds on social media shows the moment MAVIN signed artist, Ayra Starr, took off her cloth while performing at University of Benin (UNIBEN).

Ayra Starr, stormed the campus of University of Benin, to thrill the students to some of songs, especially “Bloody Samaritan.” 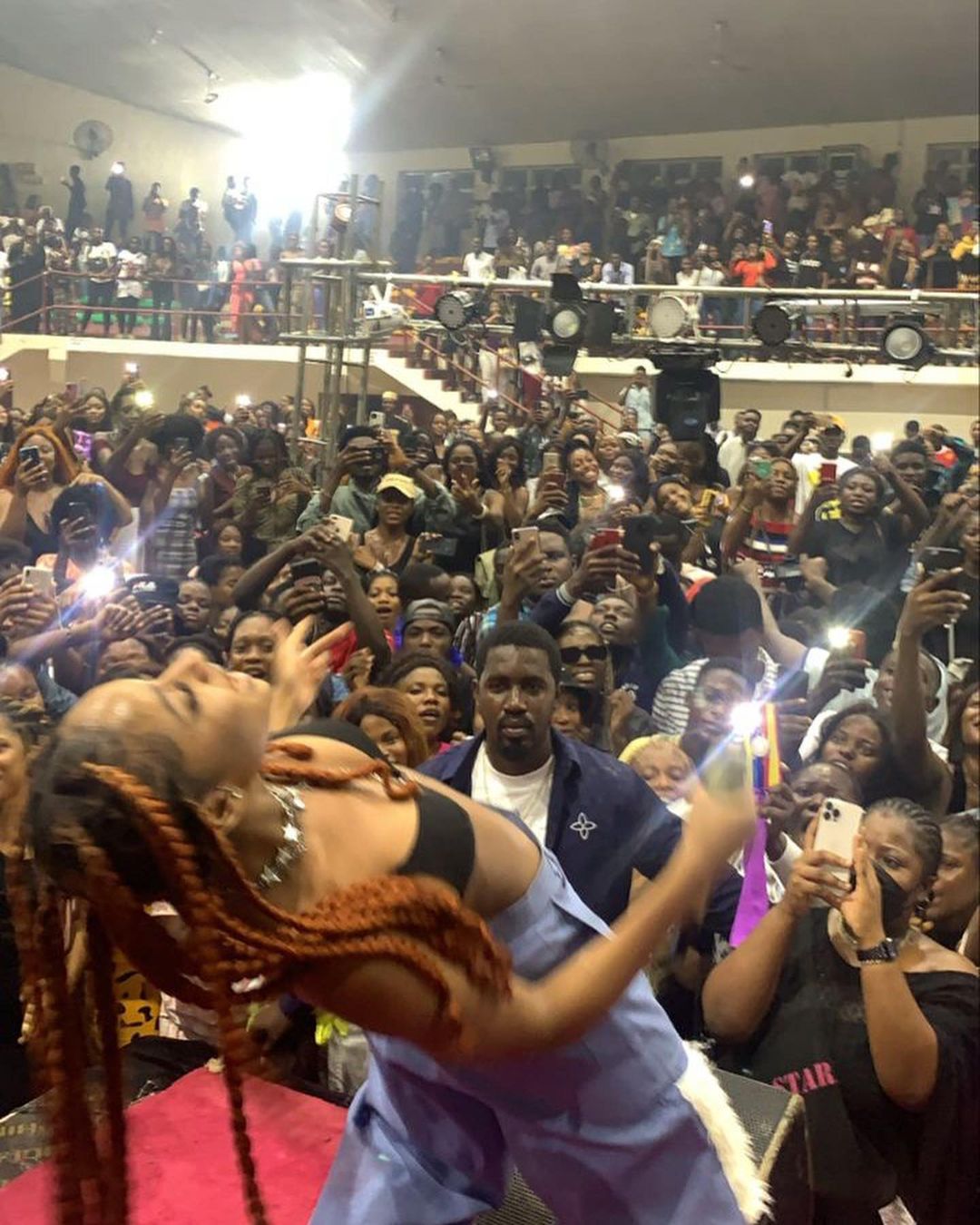 She was reportedly paid over N1.5M to perform at the University of Benin. While performing, the students kept screaming and singing along.

To the excitement of the students the budding star took off her jacket and threw it into the crowd, revealing her black [email protected]

However, a fan cried out on her page saying they punched him in his face when he tried to catch the jacket.