Video footage has captured the moment commotion broke out at a National Youth Service Corps (NYSC) orientation camp as a result of a cow that invaded the parade ground and gave corps members a hot chase. 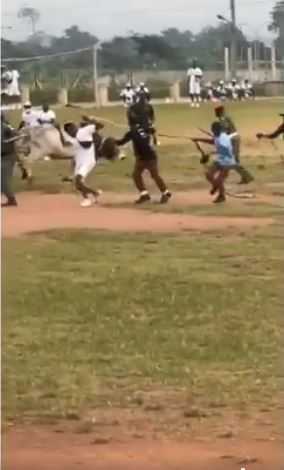 The Corps members who were observing the 3 weeks orientation programme in partial fulfilment to the one-year compulsory service to their fatherland got terrorized by a cow that found its way into the parade ground while the corps members were in action. 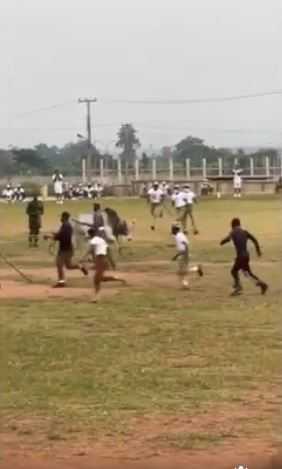 While some corpers ran for their lives, the brave ones took it upon themselves to wrestle with the cow in a bid to tame the beast.