The story of a female Corp member, Chidinma Odume, accused of hacking her boyfriend with a machete to death in January, 2021, has reportedly ended with justice being served: Ruth Bessong Essien, a broadcast journalist confirms. 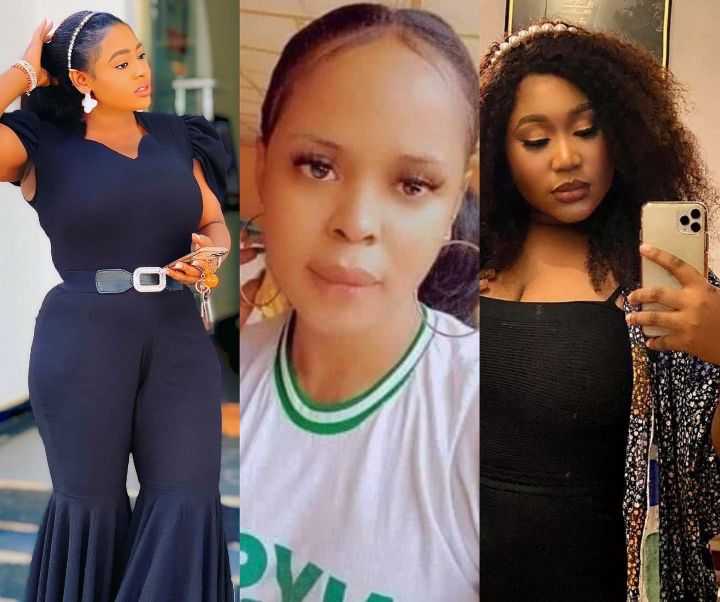 According to the journalist, a court ruling vindicates Chidinma, who although had confessed to the crime, noted that she killed the man in self defense.

Ruth, narrating how she took up the case alongside many other journalists in a bid to prove Chidinma’s innocence, took to her Twitter space to thank the Akwa Ibom State police amongst others, for listening to her stories that led to Chidinma’s freedom.

On Twitter She wrote: “On the 10 of January 2021, I came across the story of a corp member deployed to Akwaibom to have allegedly killed her boyfriend!!!!I I read several versions of this story,

Deep down in my heart, I knew there could be more to this story. @chidinma maintained he wasn’t her boyfriend.

“She was lured and he tried to kill her. As someone who is not ignorant of Rape, I have come to the conclusion that Rape cases 80% of the time do not make sense to the next person listening to your ordeal.

“So I started looking for clues as to how to unravel the mystery behind this story, I read several comments on various blogs,

Until I saw @laurels scott’s announcement asking people to to watch her space at a certain time as she had something to say about the above case!!!

“I kept waiting and I listened to her experience with same guy and I knew this was the clue I was looking for. We linked up, shared experiences and a one year journey started.

“What some of these girls had to go through.

“Some days were super stressful, some days it felt as though we weren’t even making sense to the police but they knew their job better and we hoped for the best.

“We kept the faith, we kept trusting God and pushing this cause.

“We visited from the commissioner of police, to the deputy, to the PPRO to every office trying to establish this was indeed a case of self defense.

“Getting other victims to speak up

Was a different ? journey entirely Sometimes we broke down and just cried from hearing what some of these victims went through and were afraid to speak up??

“This gist is endless sha!! The beautiful part is this!!Here am I waking up one year later .To the court ruling in Our victory. This is not just for odume chidinma, but for everyone who has been a victim of Rape and brutality.

“While some people still feel differently about the ruling of the court, I would like to say the Good people of Akwa Ibom would not do otherwise if it were the other way round. While we send our condolences to Akwaowo Japheths family,

“Thanks to Everyone who didn’t get tired of my endless questioning.

“Thank you @NigerianPolice Akwa Ibom, my confidence has been moved a step further in your abilities. Everyone still struggling to heal, regain their image from RAPE we got you, you can lean on us. You’re not alone.”

On the 10 of January 2021, I came across the story of a corp member deployed to Akwaibom to have allegedly killed her boyfriend!!!!I
I read several versions of this story,
Deep down in my heart, I knew there could be more to this story.@chidinma maintained he wasn’t her pic.twitter.com/p8iqwmXyww

Why we demolished Kpokpogri’s house – FCTA