Actress Cossy Ojiakor has shared a video of her estranged fiance, Abel Jurgen frog jumping and begging her after a fight they had prior to the “public show” they are currently enmeshed in. 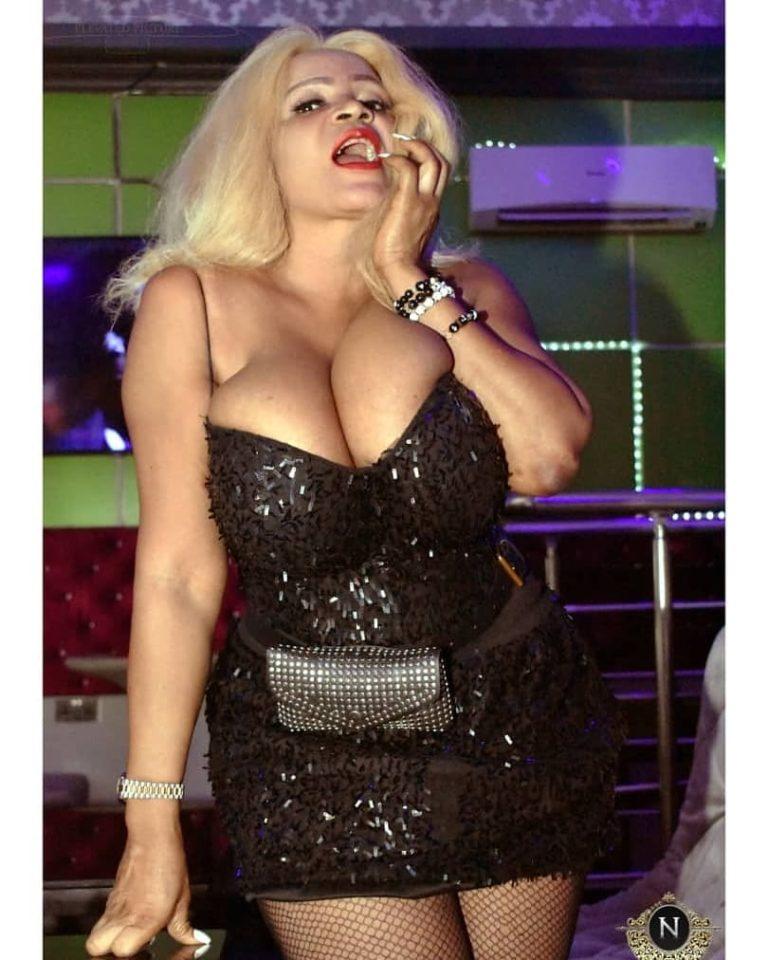 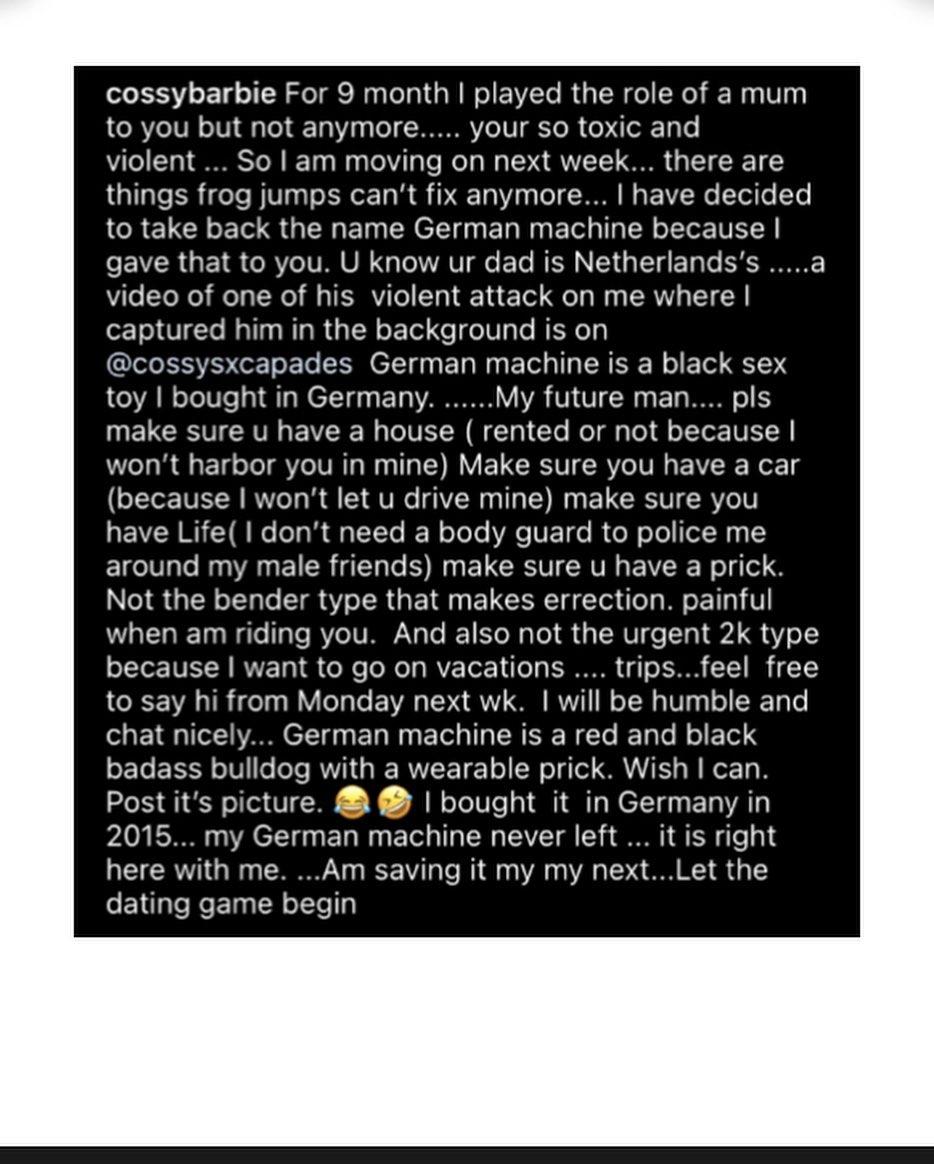 Cossy Ojiakor also revealed that she might forgive Abel if he “cools down” before Monday. 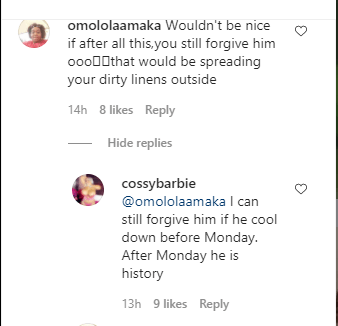