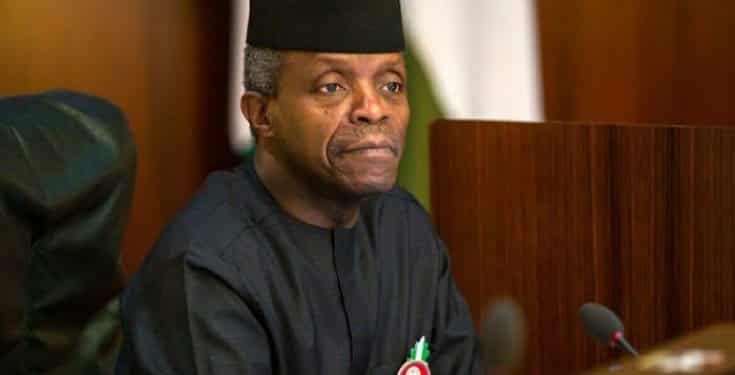 The Vice President and Kyari were only seperated by one seat inside the council chambers where the Federal Executive Council meetings are held.

Osinbajo’s media aide, Laolu Akande confirmed that his principal went into self-isolation after it was reported he didn’t show up in his office on Tuesday March 24.The Vice President will continue working from his home office in compliance with NCDC’s directive.

“VP Osinbajo yesterday at the office conducted his meetings via video conferencing, while observing social distancing. Today, he continues his work from the home office, as he is in self-isolation in accordance with NCDC protocols.” 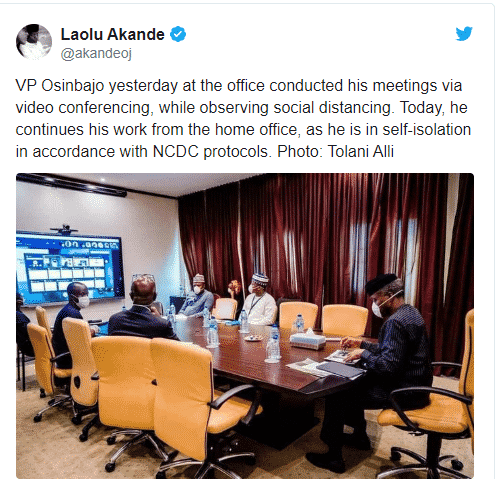 Ade Ipaye, the deputy chief of staff who works with Osinbajo is also said to be in self-isolation.

Though it is not clear how Kyari got the virus, it has however been linked to his recent trip to Germany with Minister of Power, Sale Mamman. The top officials travelled to the European Country to discuss power projects with Siemens.