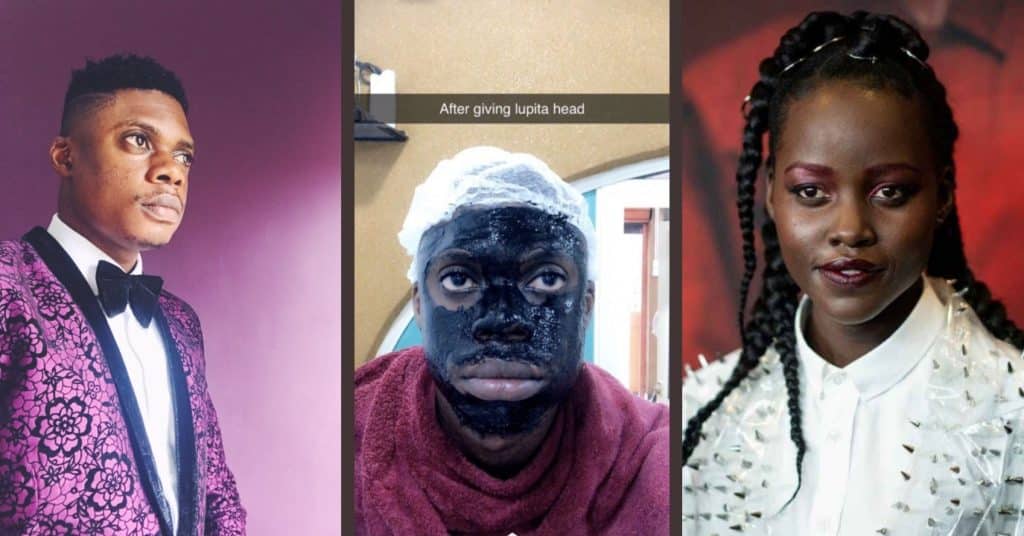 Internet comedian, Ebiye Victor is being dragged after he made a tasteless joke to color-shame actress Lupita Nyong’o.

Ebiye had shared a photo of himself with black paint on his face and included a highly disrespectful and sensitive (as perceived by some twitter users) caption. But in response got more than he bargained for. 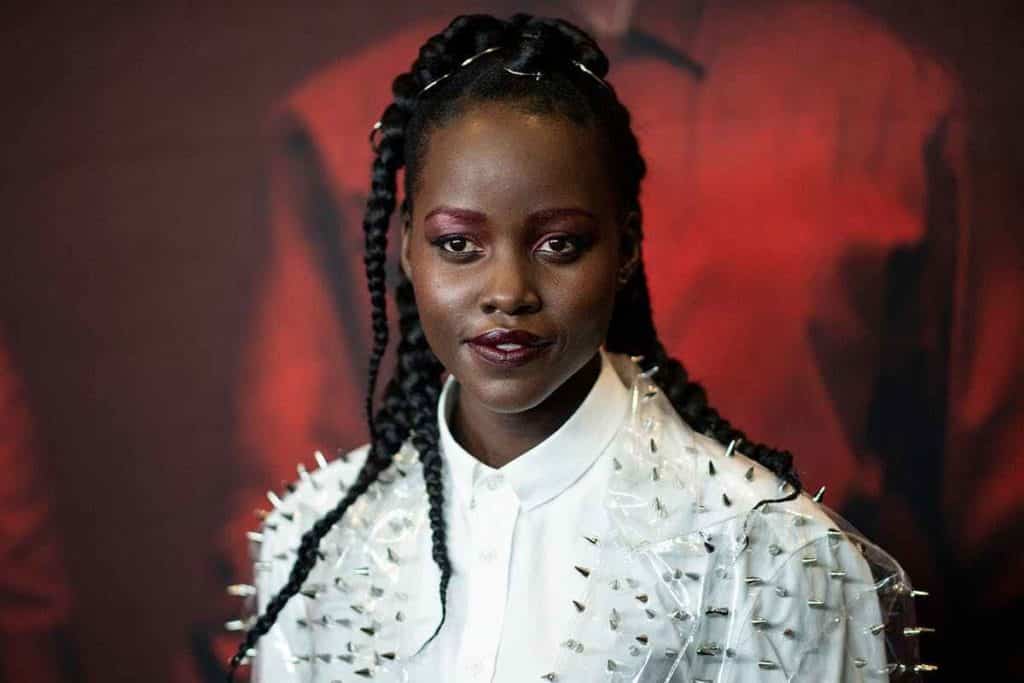 “After giving Lupita head,” the caption on his photo reads. 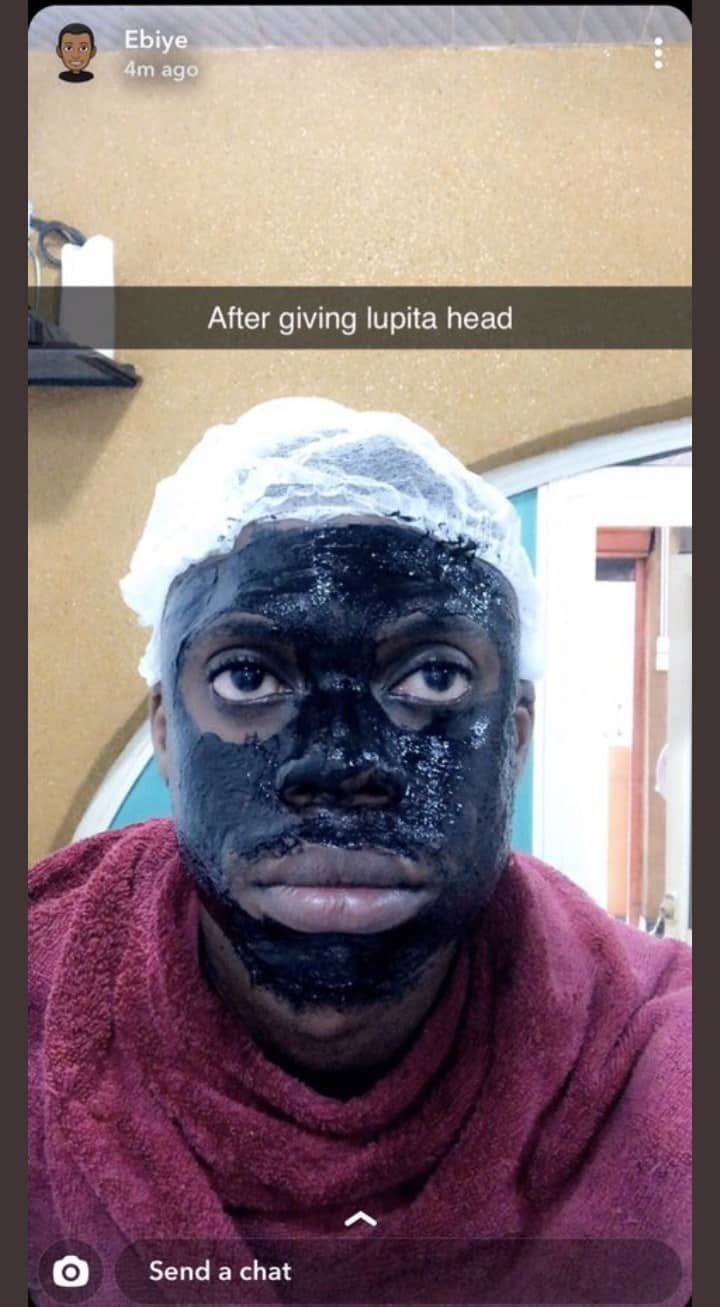 But this didn’t sit well with Twitter users. They didn’t find the caption funny and responsible, as they insulted and blasted him, saying that was a dry joke to pull.

Chris had this to say; “How Ebiye moved from being a promising comedian to a sexist, racist, colourist attention craving human should the studied in schools”.

Another Twitter user wrote; First, he insinuates Aramide slept with men for an award- which was duly deserved. Now, he makes a blatant colourist insensitive joke denigrating Lupita. It’s beginning to look like every six months, the devil sits on top of Ebiye’s career and decides to write coconut with it.

Ushbebe got dragged into the conversation for his yesterday’s distasteful joke, calling Tacha and Mercy prostitutes. A tweet read “Ushbebe called Tacha and Mercy runs girls. Now Ebiye is shaming another woman again. What is wrong with Nigerian comedians?”

Some tweeted in his defence saying the public should stop with the hypocrisy. A tweet read “You guys should stop this bloody hypocrisy? you guys bash Ghanaians and Kenyans all the time cos of skin colour, but Ebiye does it and he is now a racist. Same thing with Skales, he called Biodun a fake pastor just like everyone but got bashed for saying it. Make una smell out” 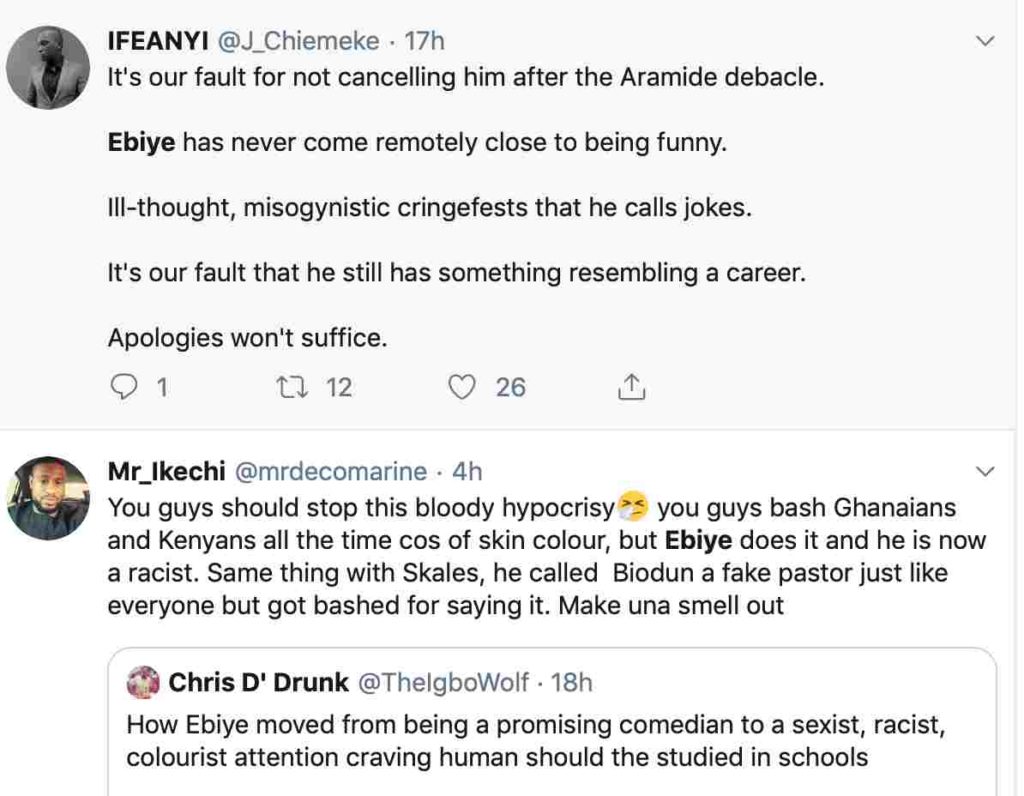 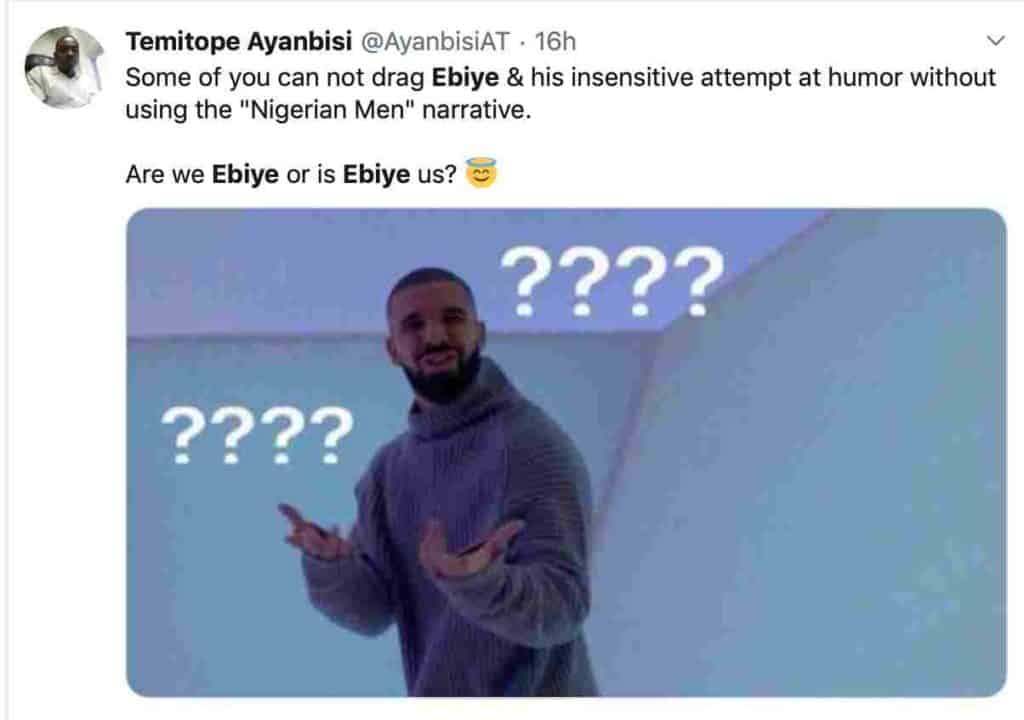 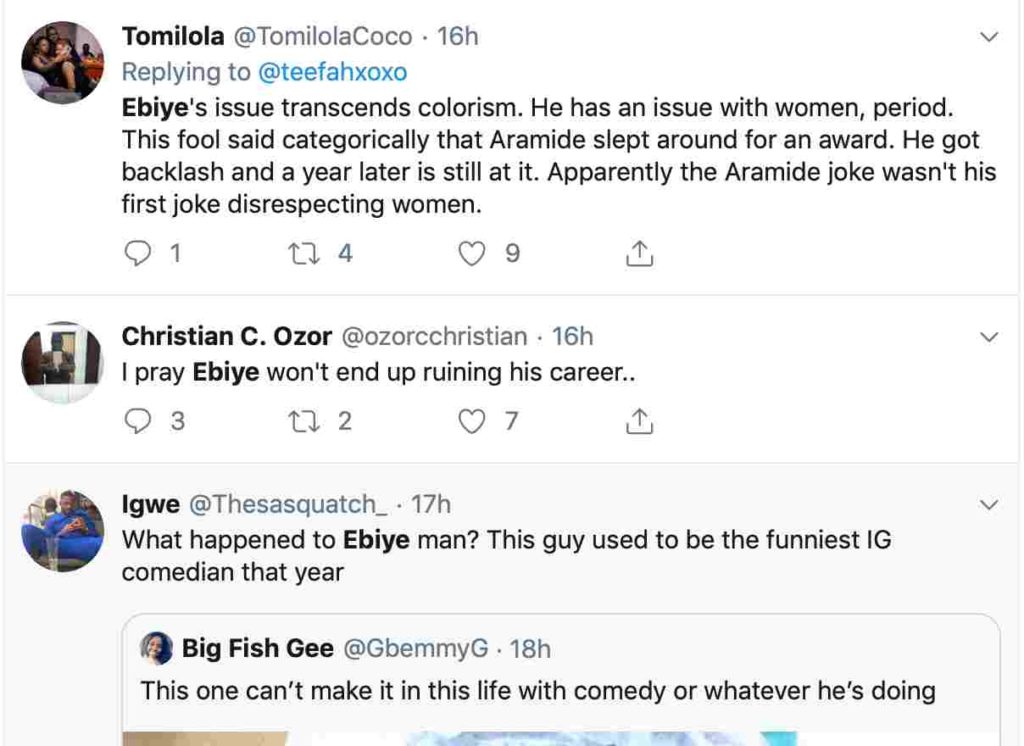 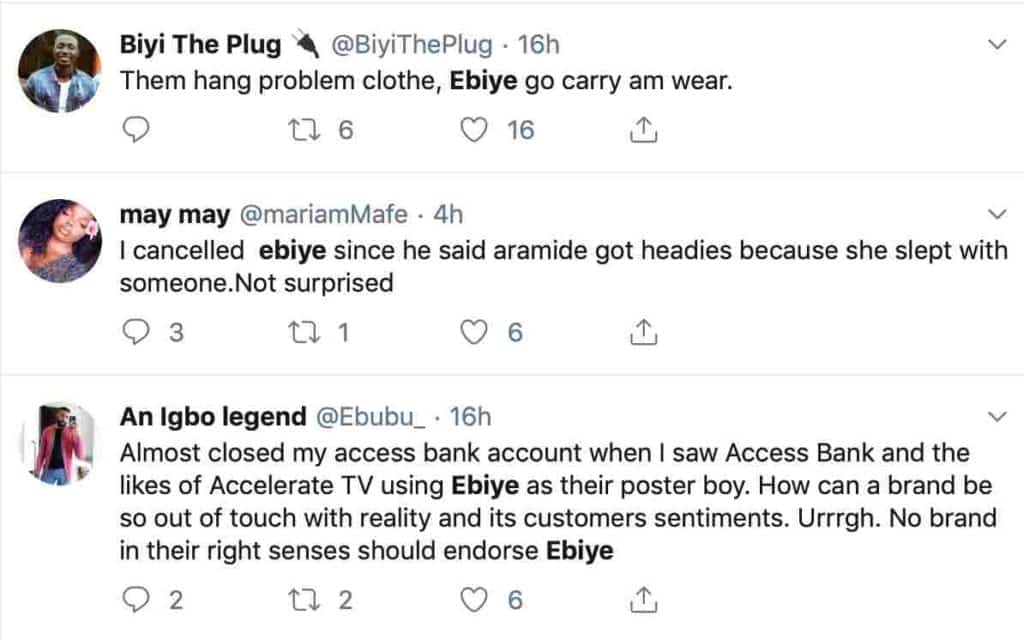 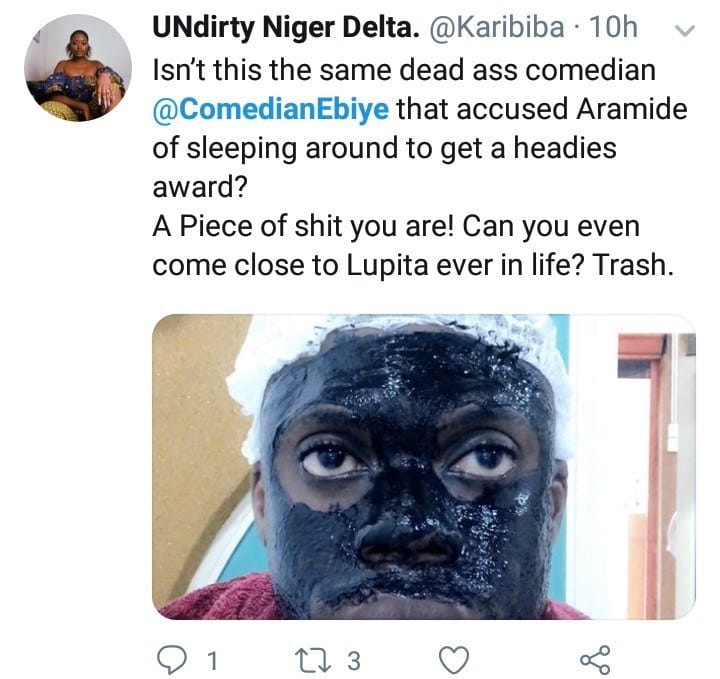 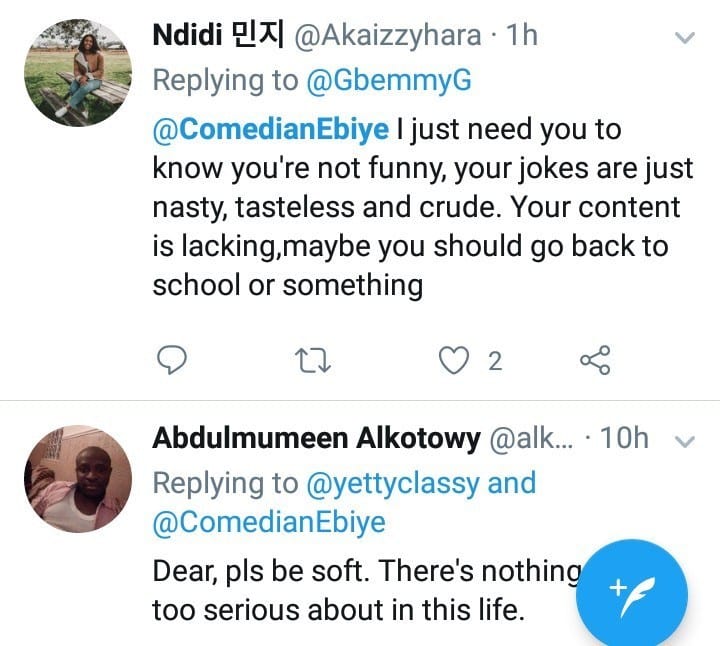 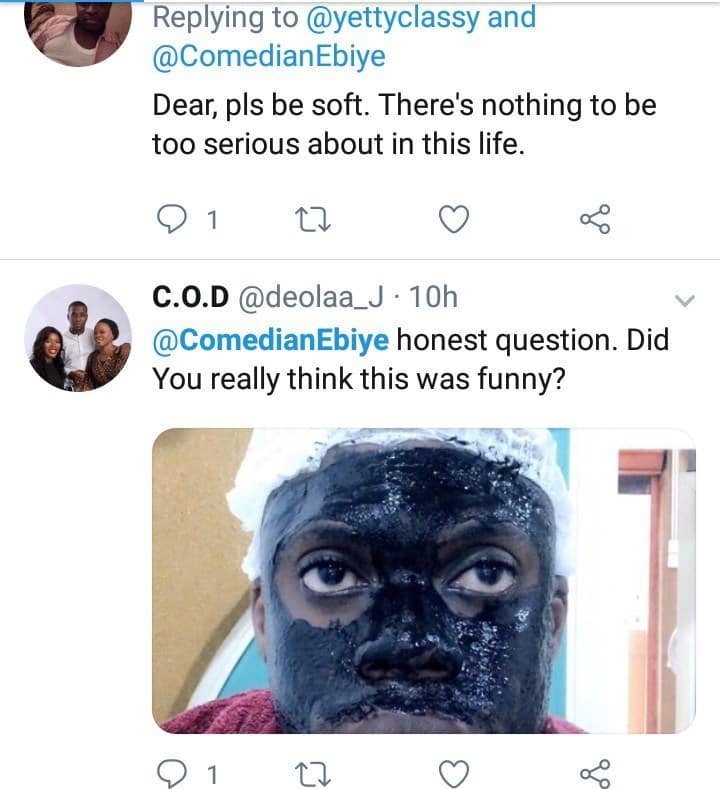 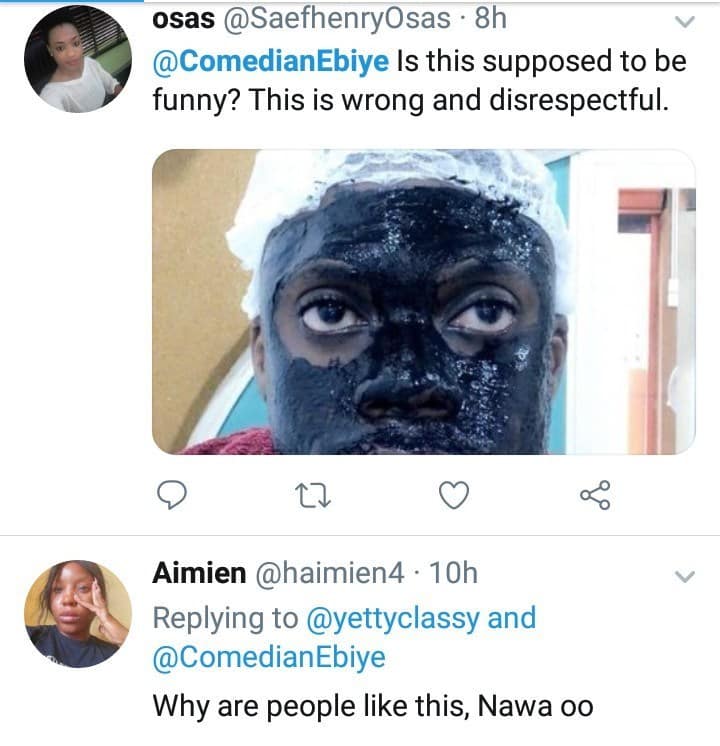