Popular Comedian Bovi has shared a heart-melting reaction of his 7-year-old daughter, Elena’s reaction to a viral Tik-Tok scholarship prank. 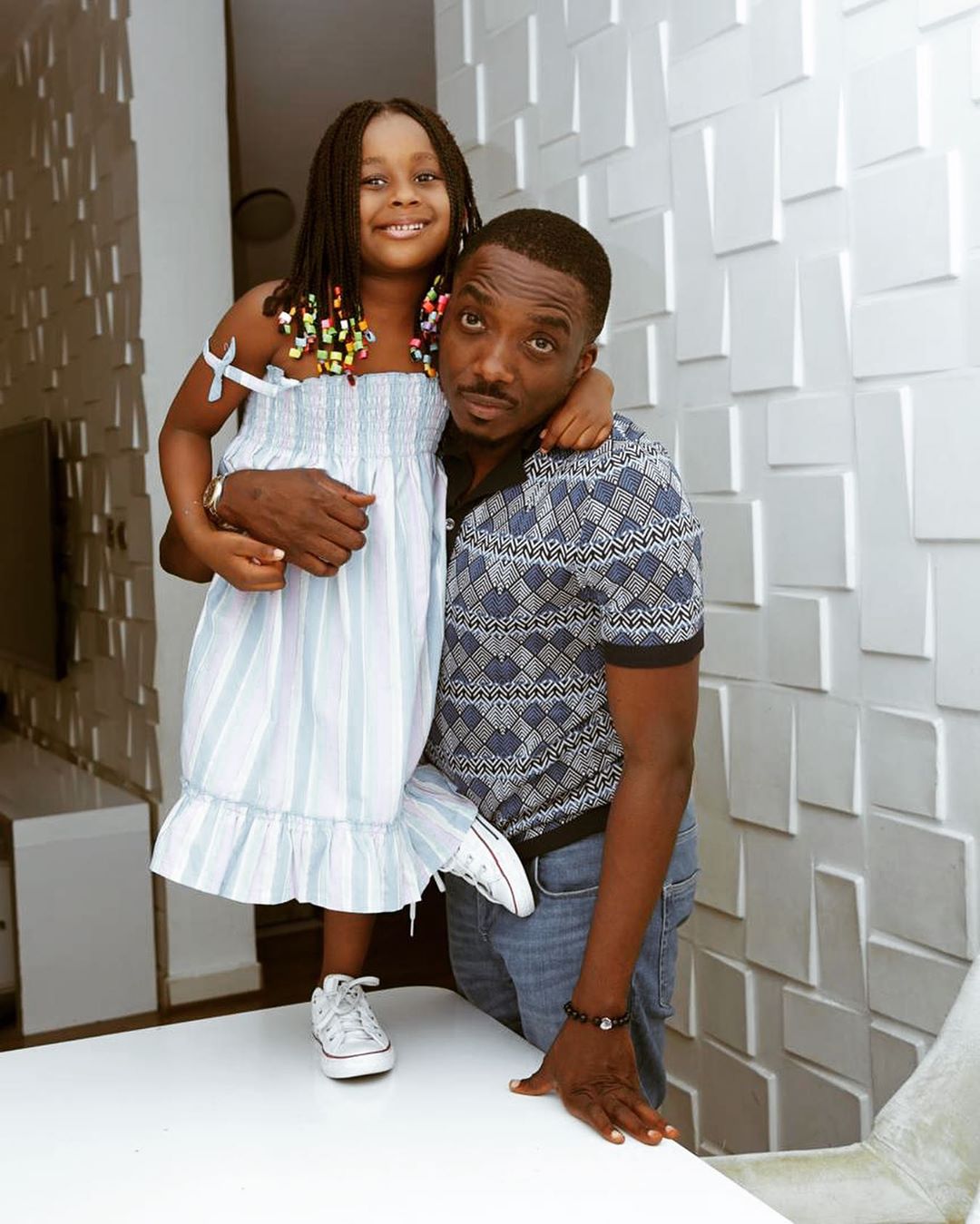 In the viral video, children are to trick their guardians into making a video so as to solicit funds for the scholarship that involves thousands of dollars. While filming, the children are to state illegal activities done by their parents in order to get their reaction.

However, Bovi has switched up this challenge to prank his 7-year-old daughter, Elena in order to get her reaction.

The father of two promised Elena a trip to Disneyland for 6 months if she’s willing to do a presentation video.

While on camera, as the prank entails, Bovi made grievous allegations against her, stating how she stole in school.

“My name is Bovi and this is my daughter Elena she’s 7 years old. I think she qualifies to go to Disney to spend 6 months and have the time of her life.

We have been through a whole lot, I mean Elena from the time she wees on the bed and we would encourage that it’s not good… Even when she started to steal in school and got expelled we had to beg her but the school refused her and we had to get her to another school”. He said in the video”.

However, Elena who kept mute and only gave funny facial expressions suddenly burst into tears.