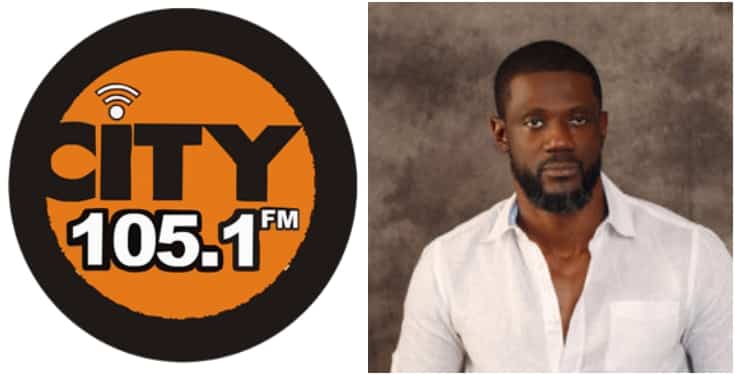 City FM On-air personality, Benny Ark was sacked today by the management of the radio station just weeks after he created a controversy online.

Reports say he was allegedly sacked by the MD of City FM, Mrs Adedoja Allen, over his issues with colleagues.

Few weeks ago, the OAP stated that singer, Chidinma was the reason Kizz Daniel decided to start his #Fuckyouchallenge after they broke up.

However, the information by Benny Ark didn’t sit well with Chidinma’s camp which later made the OAP to tender an apology.

According to Chidinma’s manager, Rasheed Ogunsanwo:

“When she heard the news, Chidinma was just laughing. Left to her, she would not have said a word or written a letter to the radio station or the OAP. It was her management that decided to take the issue up because it was blatant rubbish. If the story was true, Chidinma would have lost her cool.

“Chidinma is an artiste who doesn’t interfere in public issues; she just focuses on her music. It was annoying when an OAP came out to say what he wasn’t sure of. And he said it with so much confidence; that pissed everyone off.

On Tuesday, we wrote to the management of the radio station. We asked them to tell us where they got the information from. I think he (Benny Ark) has tendered an apology. But despite the apology, we would still look at the situation and decide if we should take the matter up legally. It was obvious the OAP was lying.”

However, this is not the presenter’s first run with stirring controversies.

The popular Abuja-based OAP was tongue-lashed on social media few months ago after he stated that Tiwa Savage only shouts and can’t sing on stage.

However, the OAP reacted to the call out by Tiwa Savage’s fans by stating that his opinion is unbiased regardless of whose ox was gored.

He also went further to say that Seyi Shay is one of the very best in the music industry and praised her for having an amazing sense of fashion and style.

“You are on this table” – Netizens drag Bobrisky after he called out celebrities...