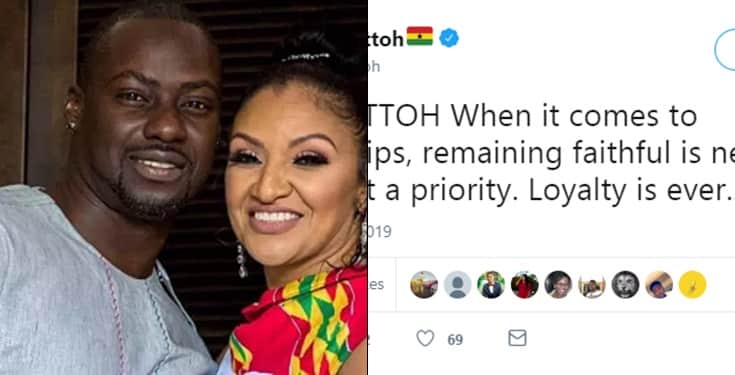 Chris Attoh and Bettie Jenifer married at a ceremony in Accra October 2018. This was shortly after divorcing his first wife, Nigerian actor DamiloIa Adegbite, with whom he has a son.

Last week, Chris Attoh sparked speculation on social media that all was not well with his second marriage after he deleted all of Bettie’s pictures from his social media pages. A quick check on social media, revealed that Chris Attoh tweeted about his ‘shaky’ marriage, 30 minutes (5:31pm) after his wife Bettie Jennifer was shot dead. 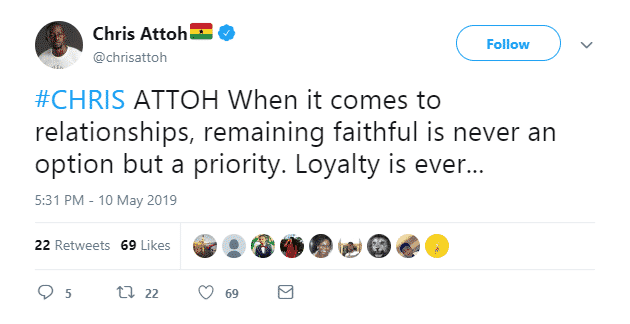