A video making rounds on social media captures the moment workers of a retail outlet gather to beat up two customers for acting rude. 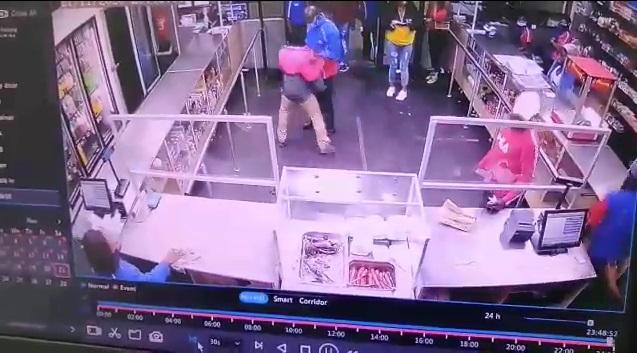 In the 30 seconds footage, an unsatisfied customer could be seen having an altercation with the sales representative at the counter before stoning the sales person with the item he bought.

While trying to make a run for it, a staff of the establishment pulled him back; while another dragged the other friend back in too. 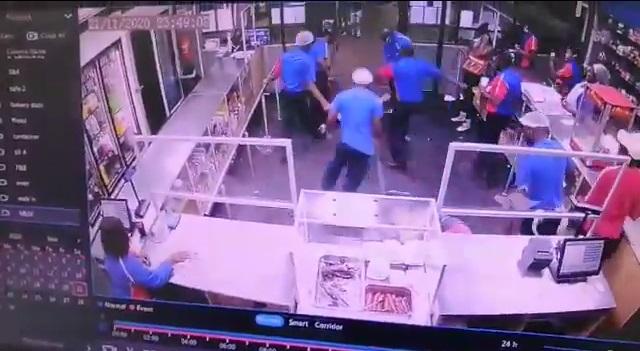 This however escalated quickly as the rest of the workers ran to the rescue of their colleague and beat up both the rude customer and his friend.