Nigerian Afrobeat singer, Damini Ogulu also known as Burna Boy has shown his endless generosity as he gives back to society. 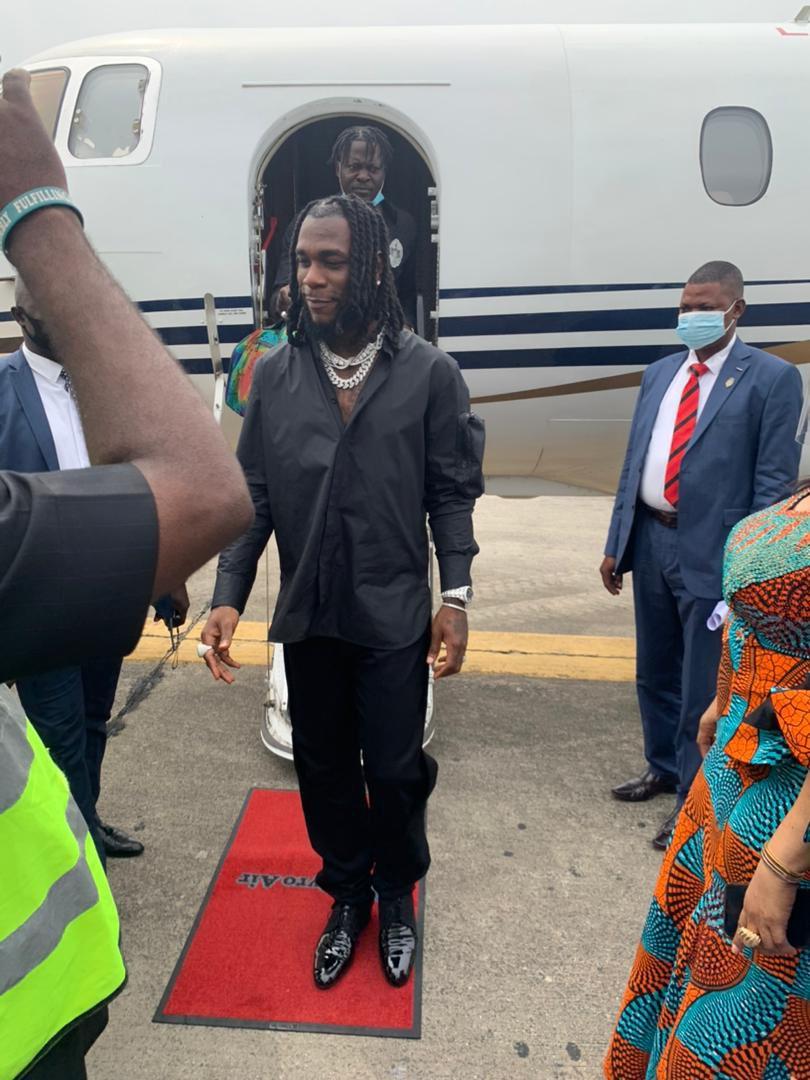 The Afrobeat singer, Burna Boy has distributed food packs to over 300 families in the Kono community in Rivers state to celebrate his big win.

However, this is coming after he was hosted to his royal-like ‘homecoming’ by the River State government.

It is believed that Burna Boy partnered with an NGO, the Reach Foundation to share relief items to families in need in the Kono community.

From the photos shared on Twitter, the relief items contained; rice, garri, packs of noodles, and a bottle of palm oil.

Also, large banners of Burna Boy’s portrait were fixed in strategic places within the areas of the outreach location. 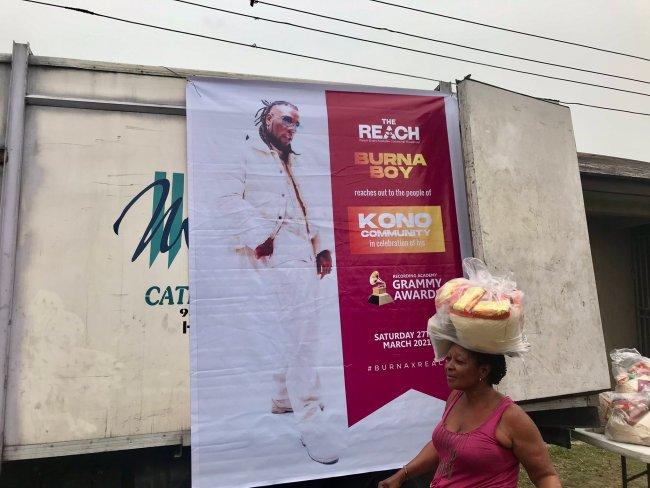 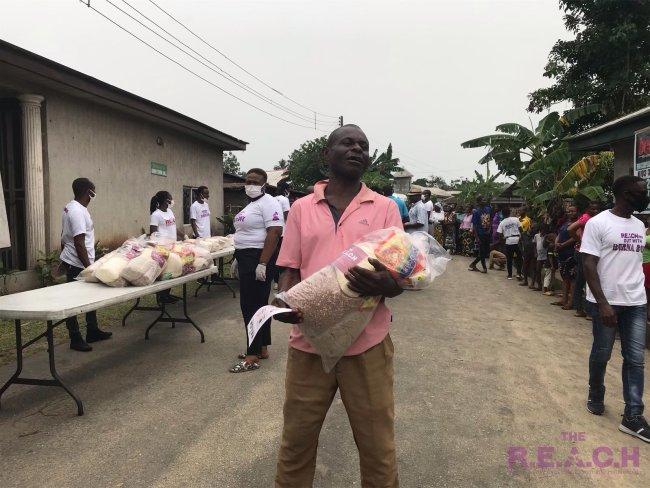 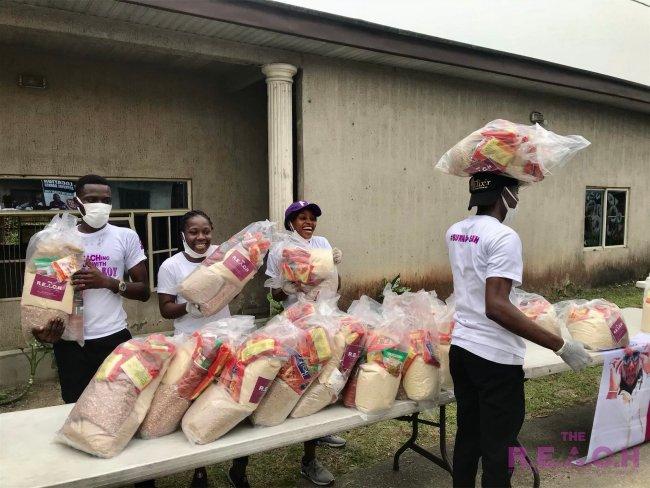 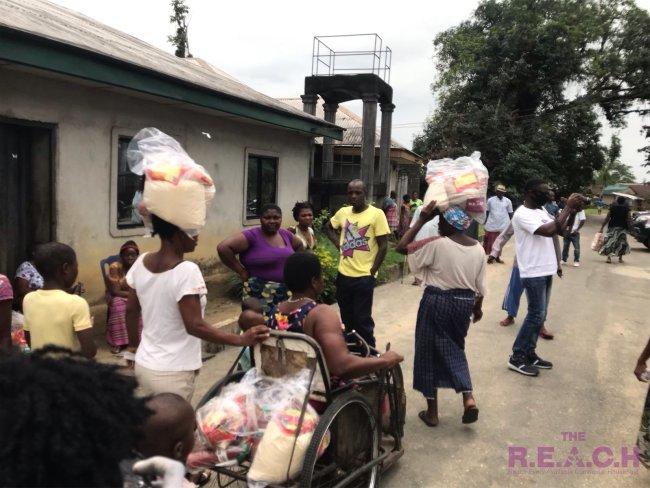 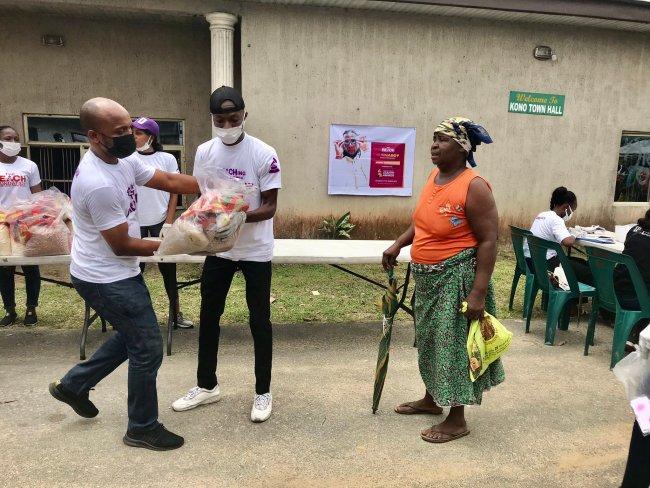 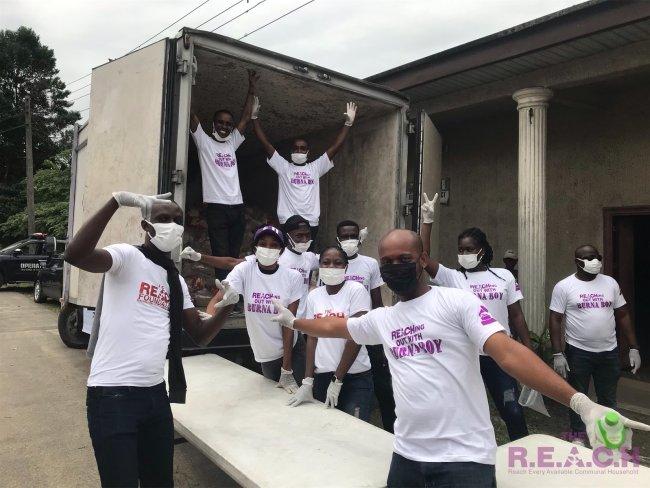