Wizkid FC has dragged Grammy Award-Winning singer Burna Boy for trying to throw a subtle shade at Wizkid with his recent tweet about him selling out his venues for shows since 2018. 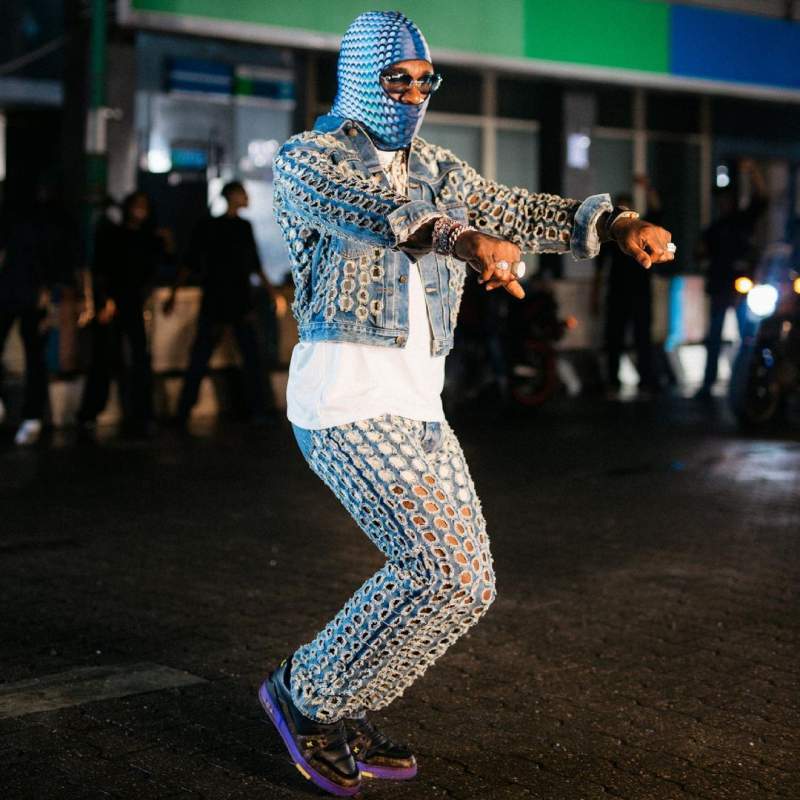 Wizkid and Burna Boy who are two of the biggest artists in Nigeria are having shows in the US and UK respectively. Burna Boy is using 02 Arenas while Wizkid is having a tour in the US.

Wizkid’s respective venues around the US announced to have been sold out within 48 hours via the fan page on Instagram. This has triggered his Fan base as they call him the “biggest artist in Africa”.

However, Burna Boy took to his Twitter page to tweet that since 2018 he has sold out every venue he has ever booked. 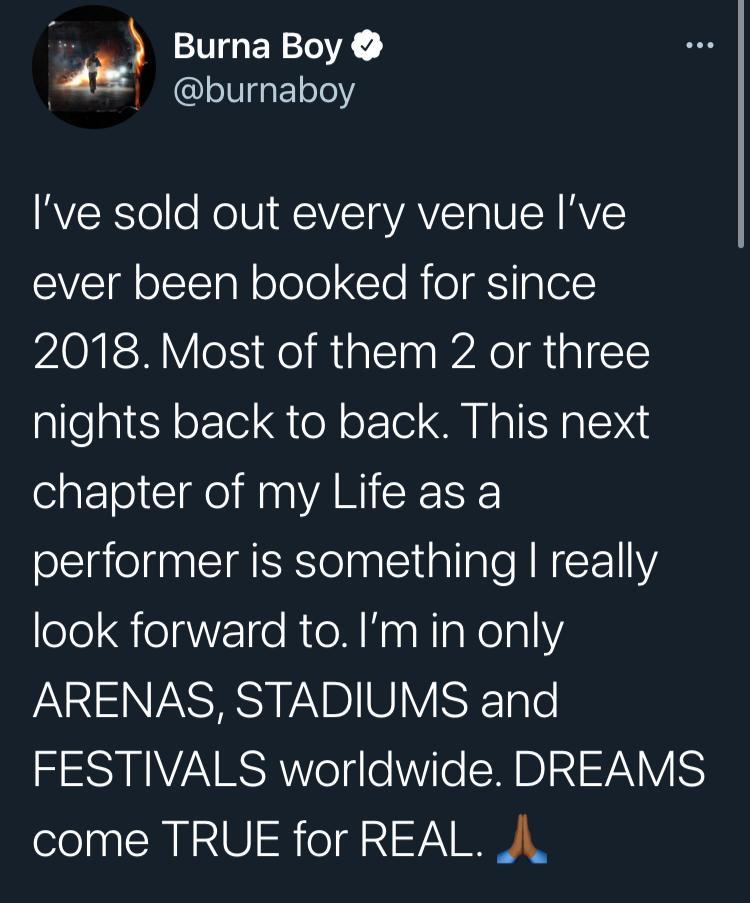 Reacting to this, Wizkid FC took it that it is a Direct shade against their Idol. As they are also convinced that Burna Boy is worse than Davido and so insecure. 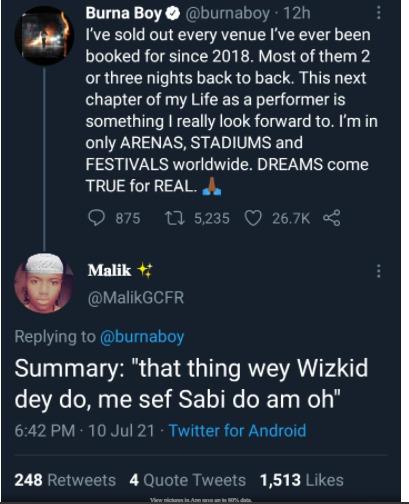 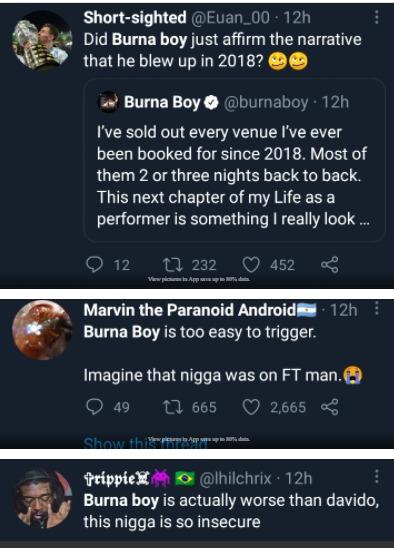 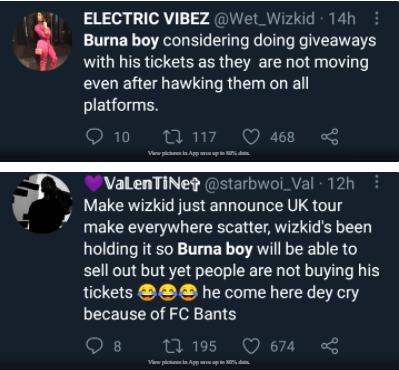