The family members of late Iniubong Umoren, the viral girl who was murdered and buried in a shallow grave were seen making demands to see their sister’s corpse. 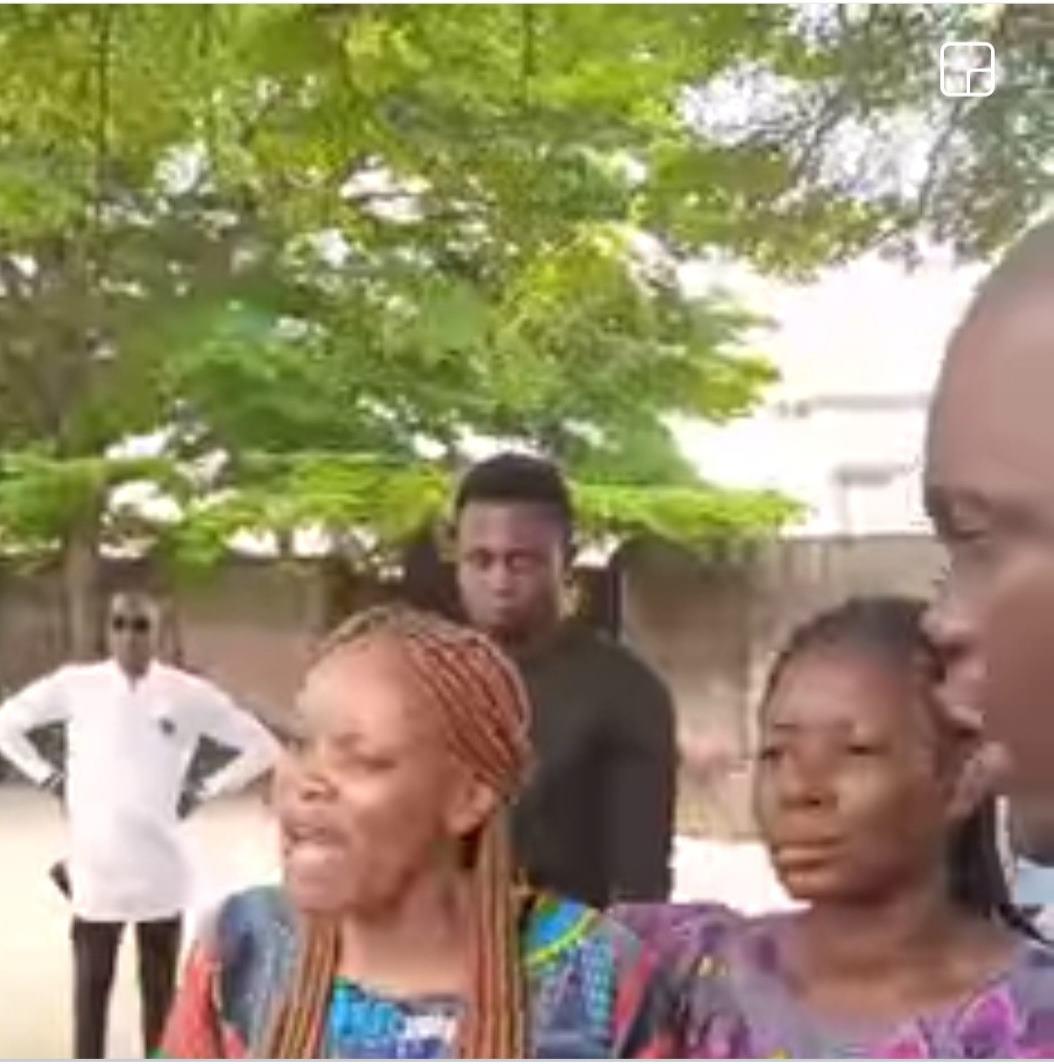 Iniubong was raped and murdered in the search of a job.

Although before she had left for the job search, she informed family and friends even as she disclosed details of her whereabouts.

Umoh Uduak, her blossom friend, has raised an alarm on Twitter after she was unreachable. She further disclosed that the alleged man who sent her the job notification is in connection to Ini’s murder.

Notwithstanding, Ini’s family has made a demand on the Nigerian Police Force as they demand the remains of their daughter and sister.

“If the police are transparent, they should release the body,” a voice was heard saying in the video 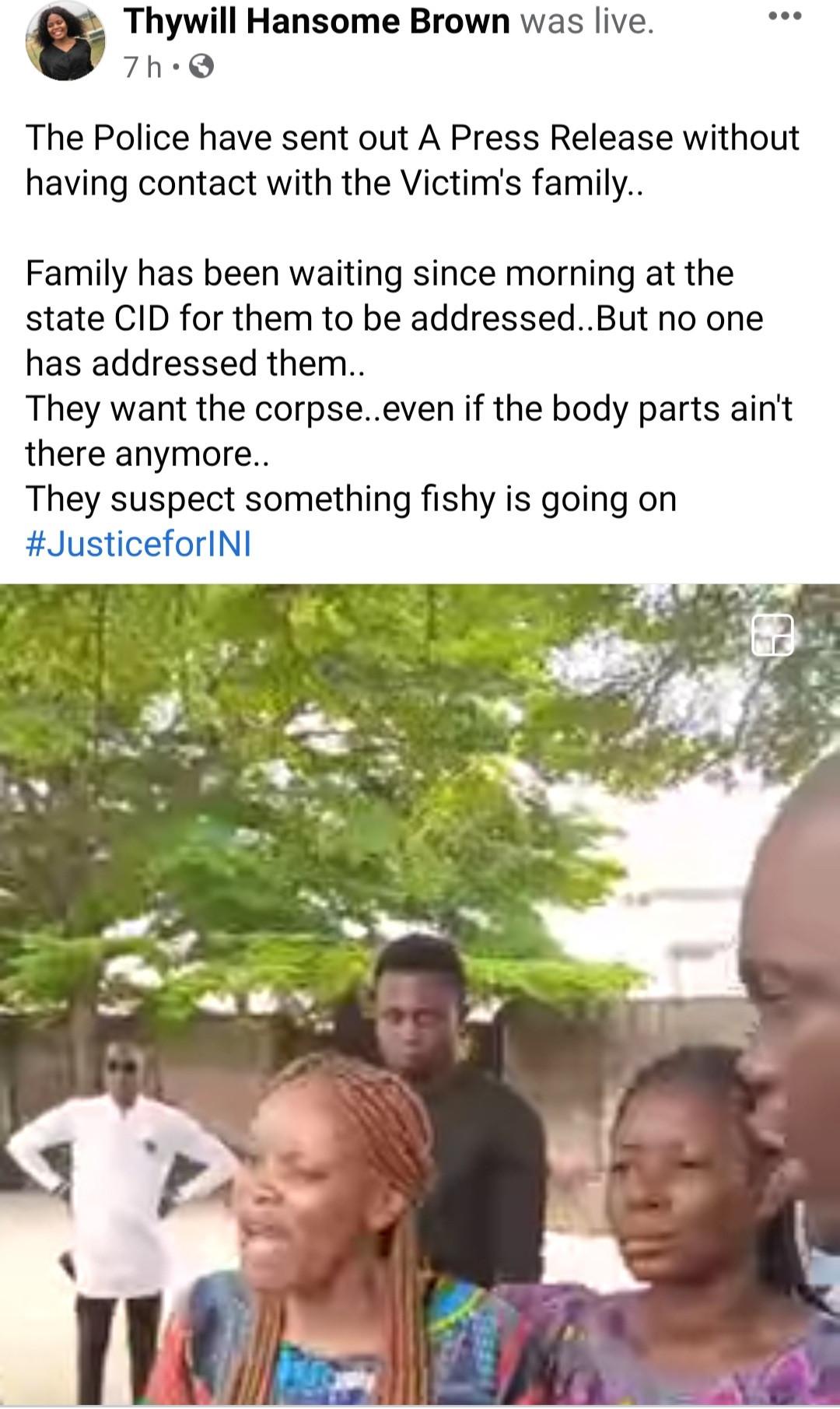 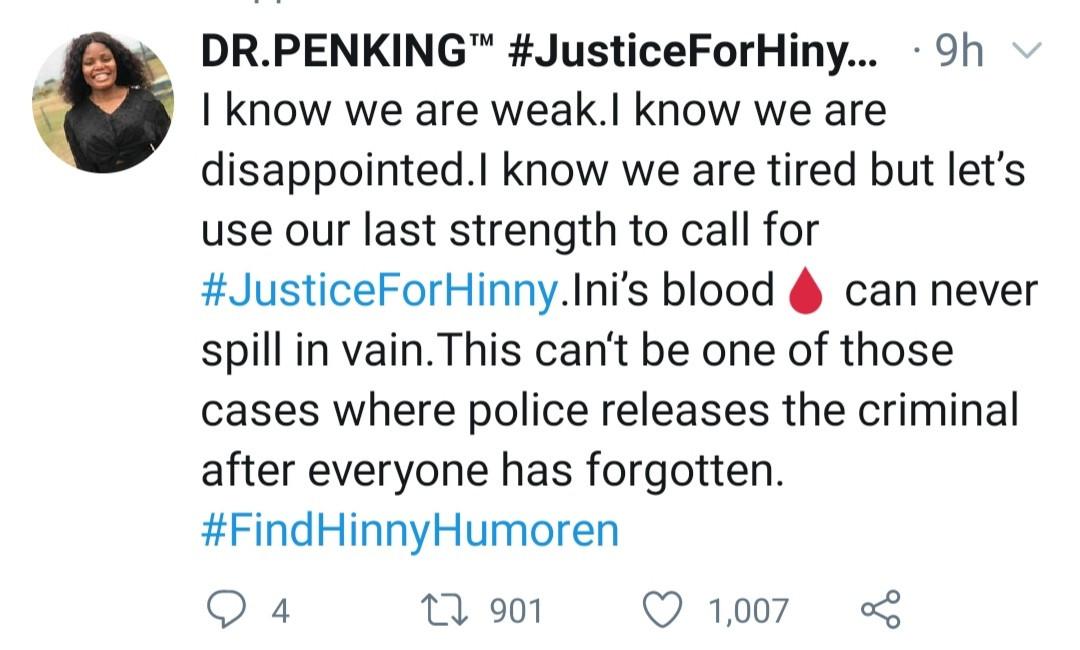 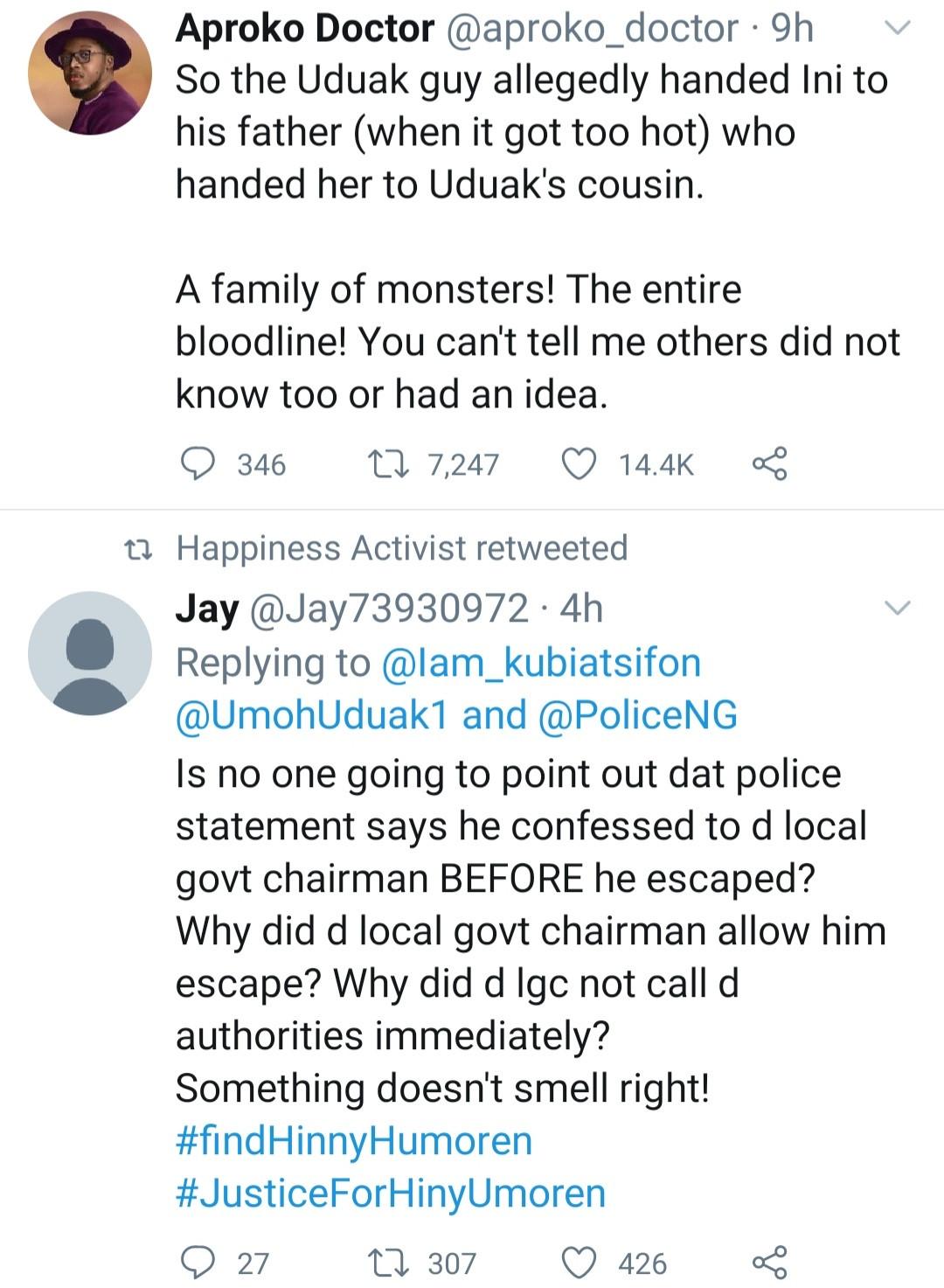 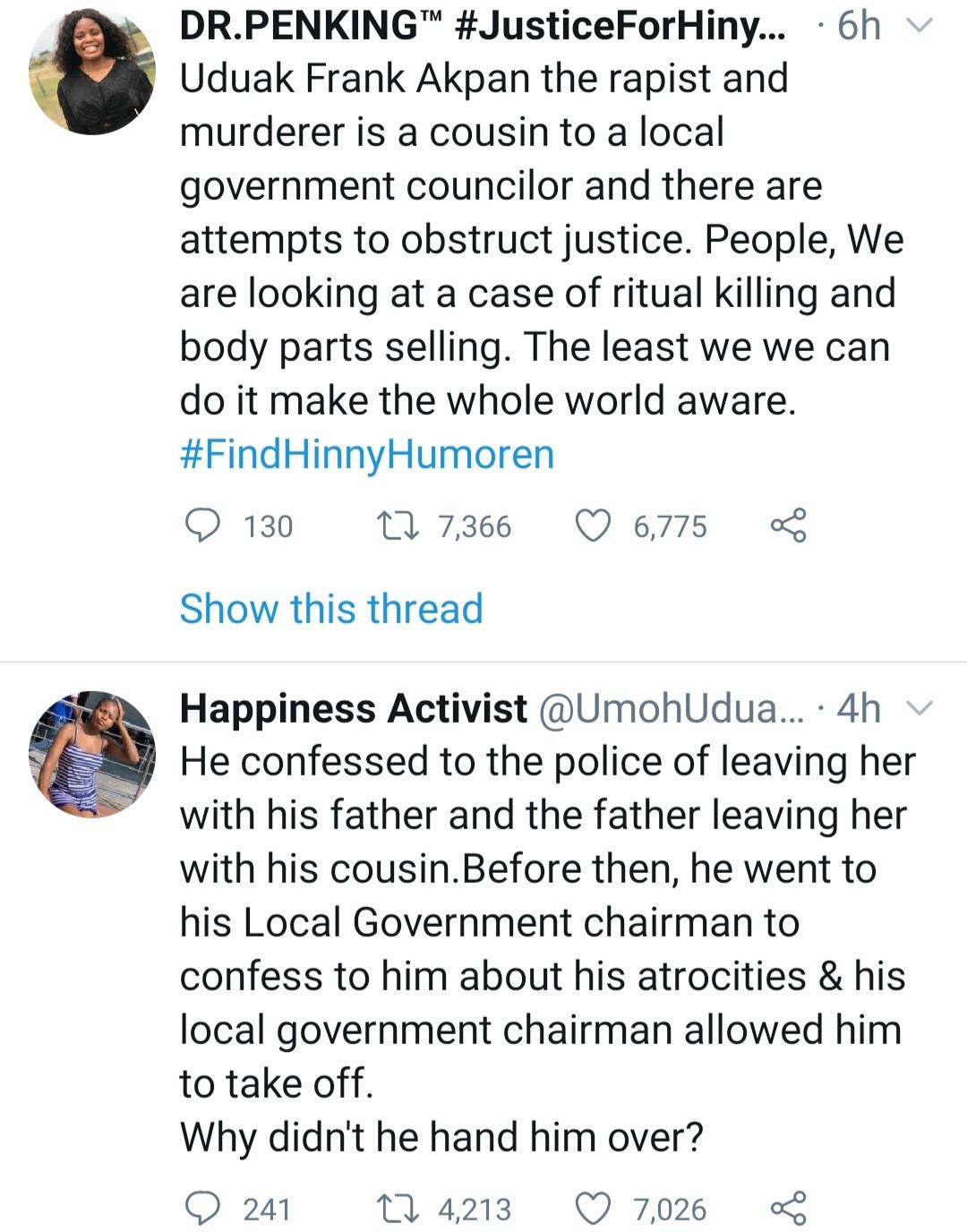